Where your VW was made: Wolfsburg Factory

VW
No comments
VW production has taken place at a variety of different manufacturing plants around the world, but Germany is where it all started. Many will be aware of the basics, but we dive a little deeper to uncover the story behind the VW Wolfsburg Factory and potentially where your VW was made.

Having admired the success of the Ford Model T and the way it mobilised the masses (it is said he read Henry Ford's biography whilst in prison on Treason charges in 1924) Adolf Hitler wanted the people of Germany to have the same automotive liberation. With the ‘peoples car’ or ‘Volks Wagen’ high up on his already crammed pre-war agenda, he ordered Dr Ferdinand Porsche to go to America to witness the phenomenon of the modern production line at the Ford factory first hand. The Ford Model T as you may already know was built between 1908 and 1927. Henry Ford is commonly quoted as saying "you can have any colour you like, so long as it is black" however it was only between 1914-25 that this was actually true. Black was reportedly implemented for cost, durability and because it had a faster drying time!  Previously shades of blue, green, grey and red were on offer depending on the body type you ordered. 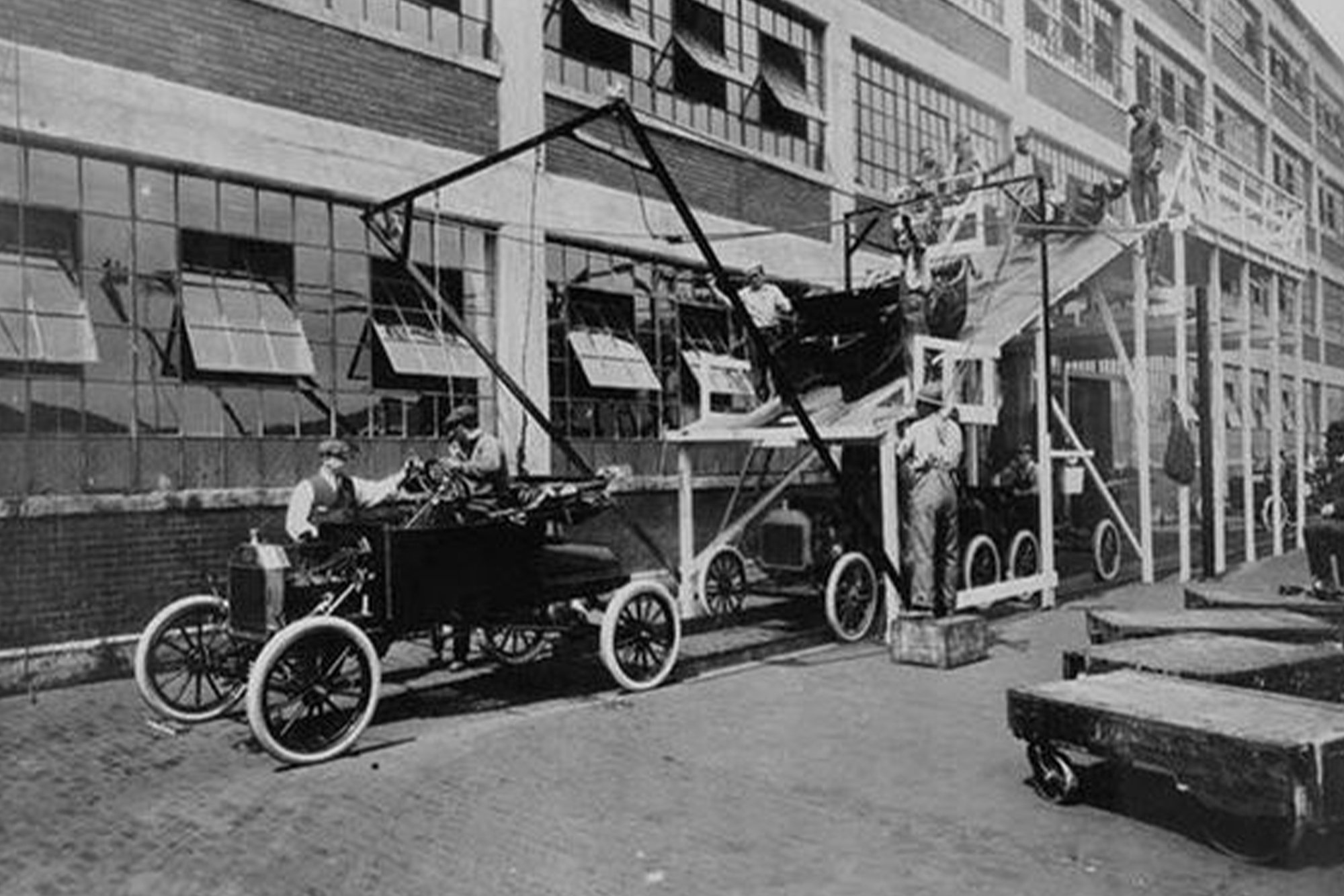 On Porsche's return to Germany, plans were made for a huge factory in which the KdF-Wagen could be made. On 26 May 1938, in Fallesleben, a district in the City of what was later called Wolfsburg, the first cornerstone was laid. Despite the onset of WW2, production plans still went ahead and a prototype debuted at the Berlin Motor Show in 1939. Sadly only 47 KDF-Wagens were actually produced by 1941, leaving anyone who had paid into the Sparkarte savings scheme to reserve a new car very disappointed. 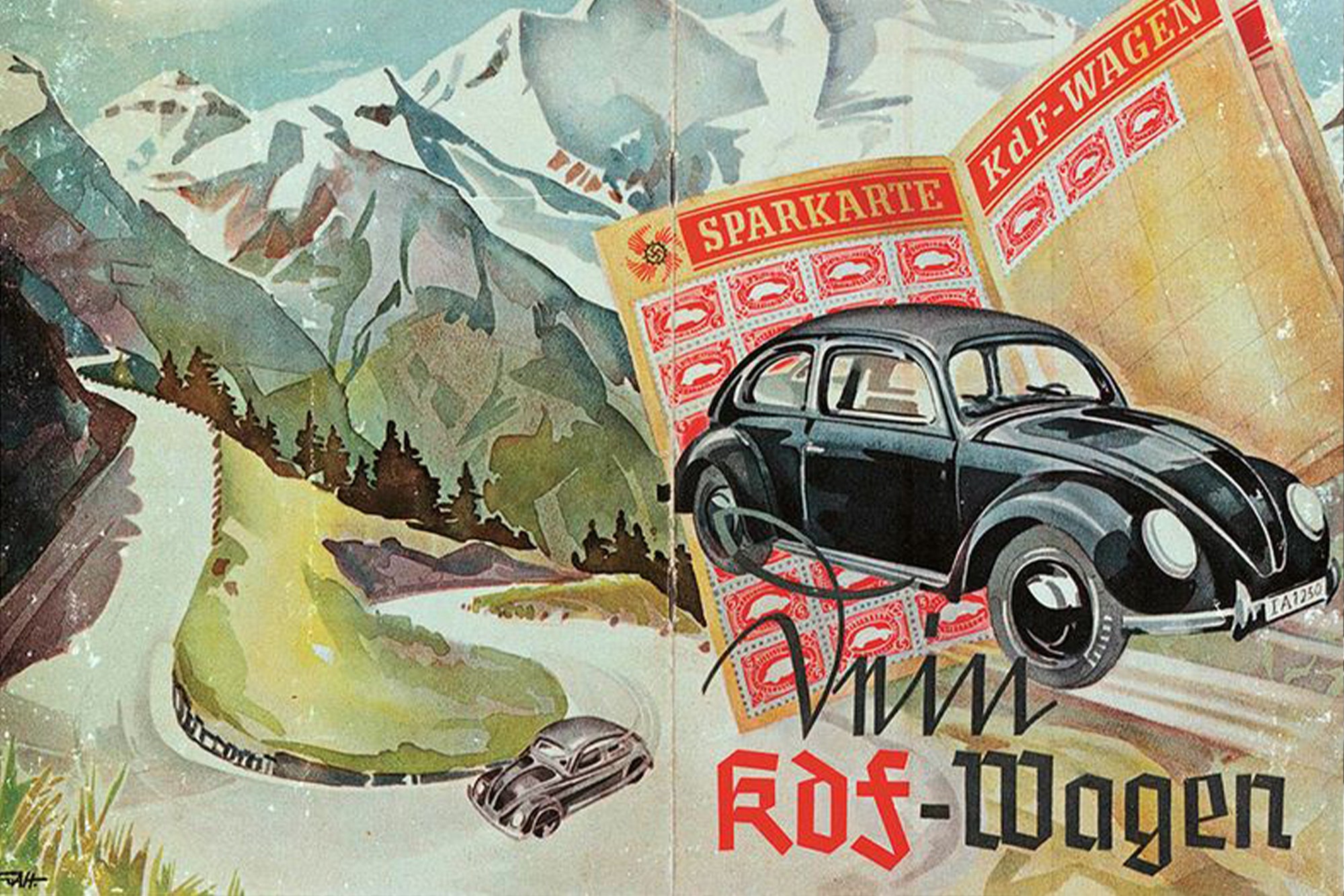 Volkswagen Production during the War

War broke out in 1939 and the factory turned their focus to the Type 82 Kubelwagen (1940-45) with over 50,000 models built, and the Type 166 Schwimmwagen (1942-44) of which 14,265 were made before bombing closed the line. The KdF Factory suffered numerous attacks from allied forces during World War 2, sadly killing some staff and injuring many more. 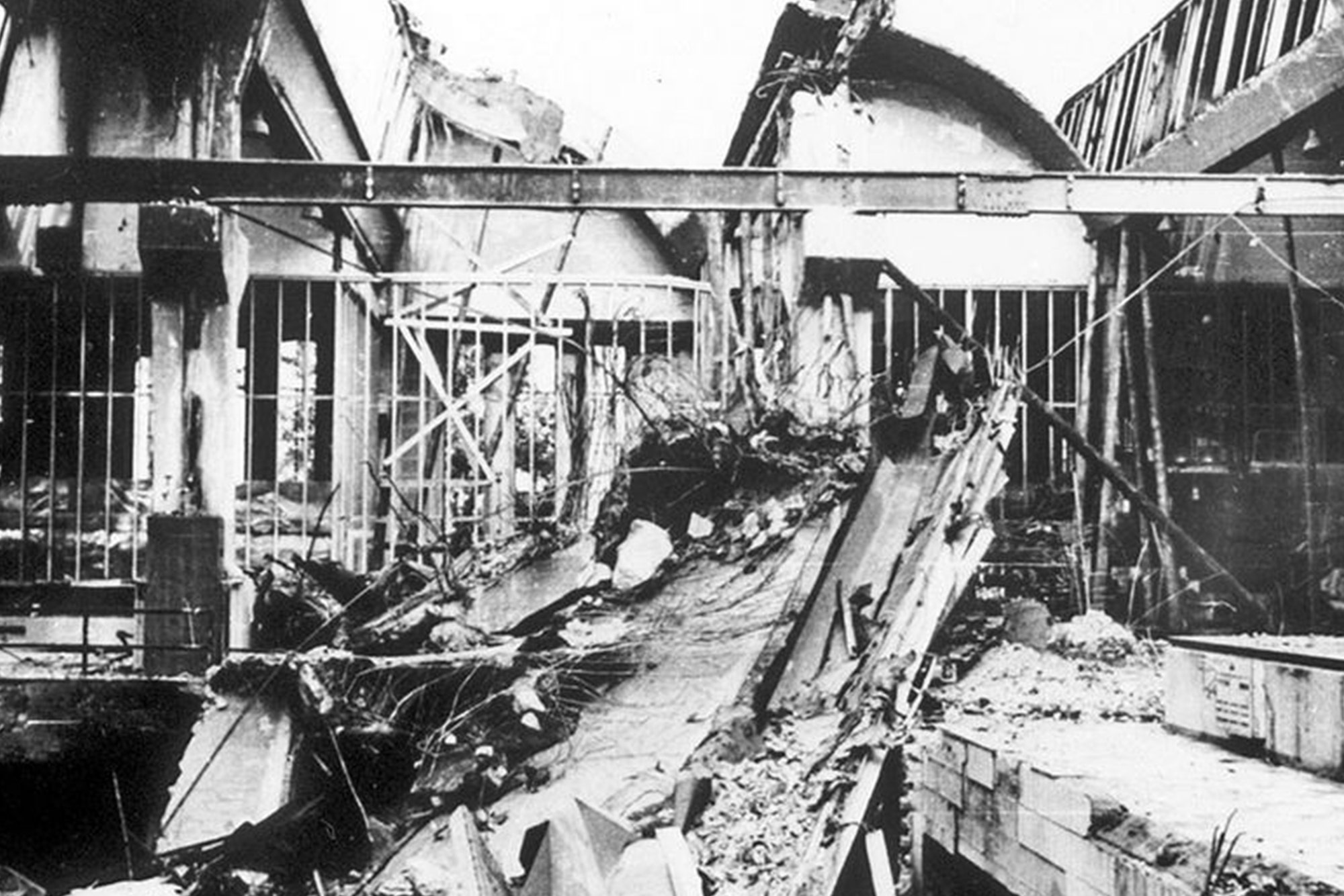 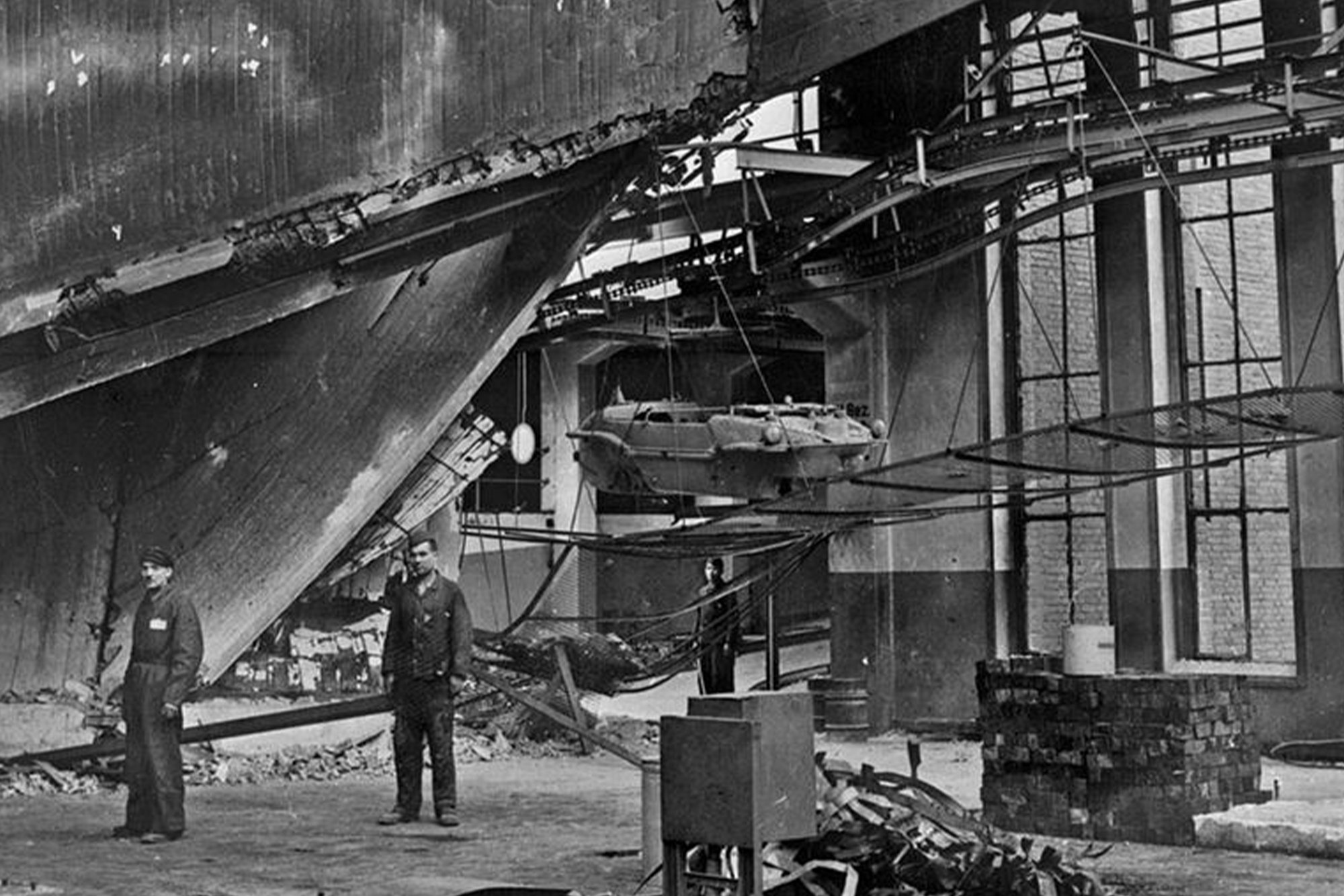 By the end of hostilities, Germany was split into 4 and each quarter was put into the hands of a different allied force. The KdF-Stadt and the ruins of the factory were taken over by the British Army, namely Major Ivan Hirst of The Corps of the Royal Electrical Mechanical Engineers (REME). Buildings were reconstructed, machinery repaired and production was switched back on, helping to rebuild the economy and generate local employment. Amazingly, given the scale of the operation, the plant had turned out 1000 Beetles by March 1946. The photo below shows Major Ivan Hirst driving that celebration car off the production line. Famously, the VW business was offered as a going concern to other vehicle manufacturers, including the British Rootes group in 1947 and later Ford in 1948, but both declined the opportunity even though it was free! With no obvious suitors, the German government took charge in October '49 and appointed Heinz Nordhoff (pictured) as the best man to run the show. By March 1950, Beetle production numbers had climbed to 100,000 and a new Volkswagen was introduced: the Type 2 Transporter. 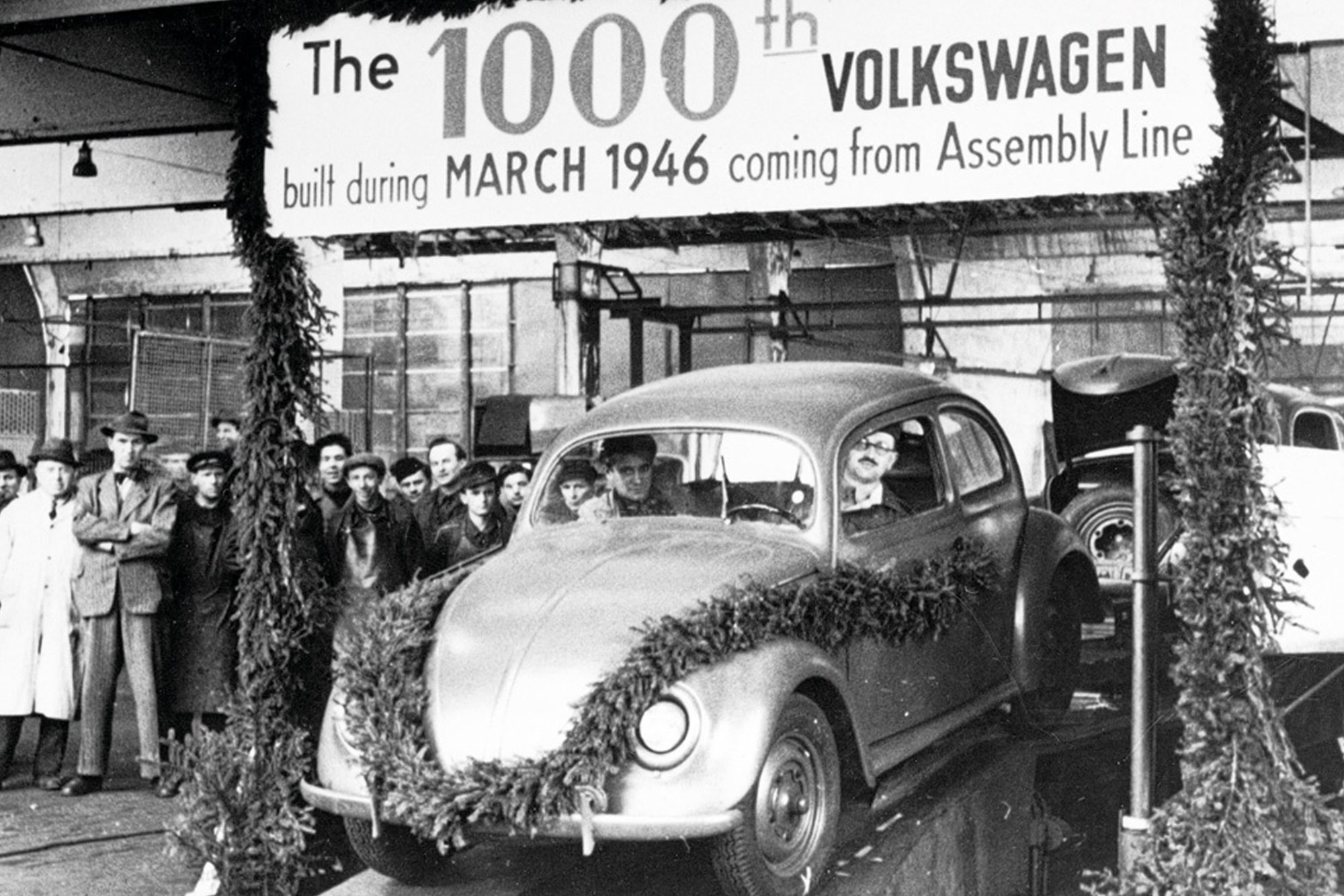 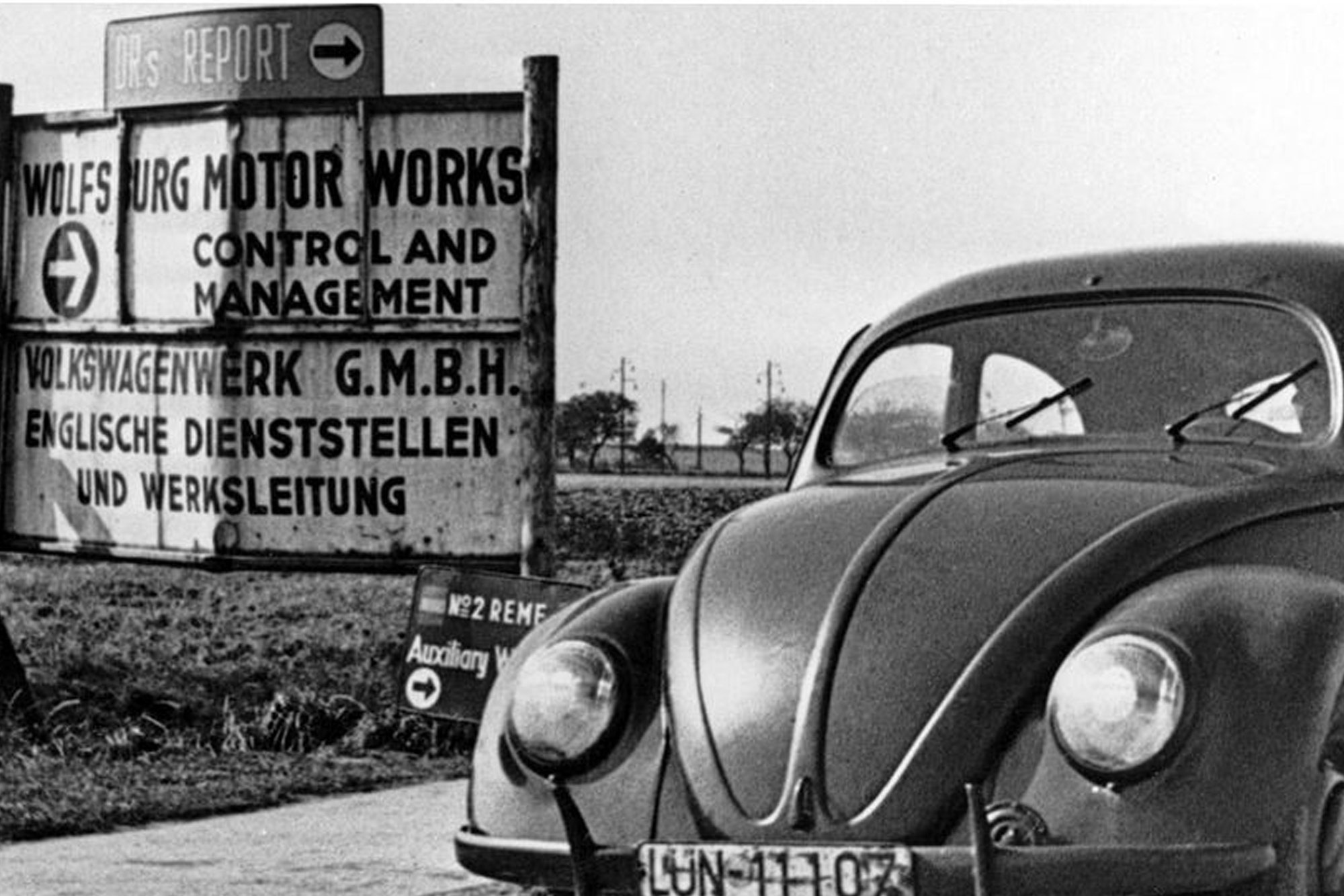 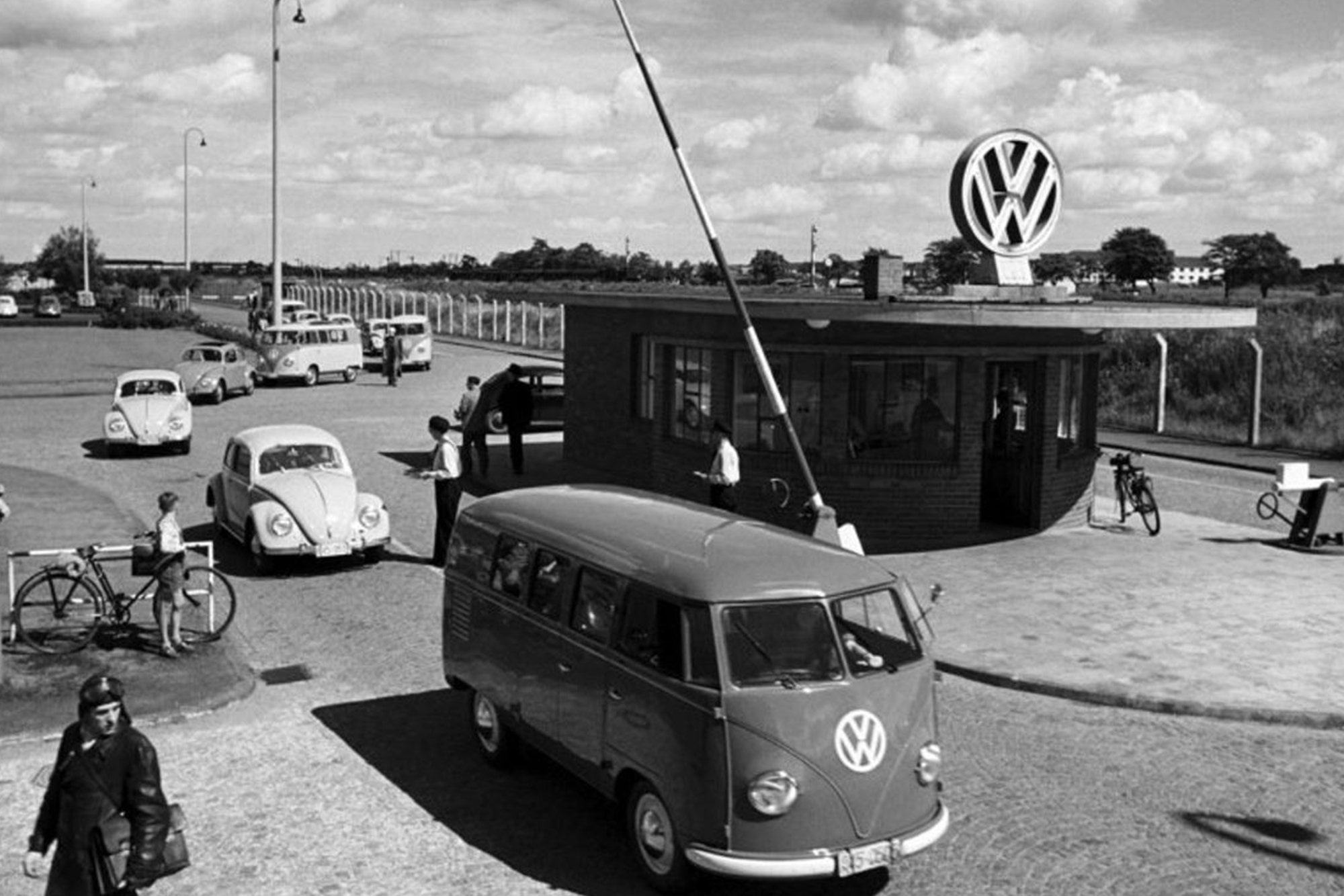 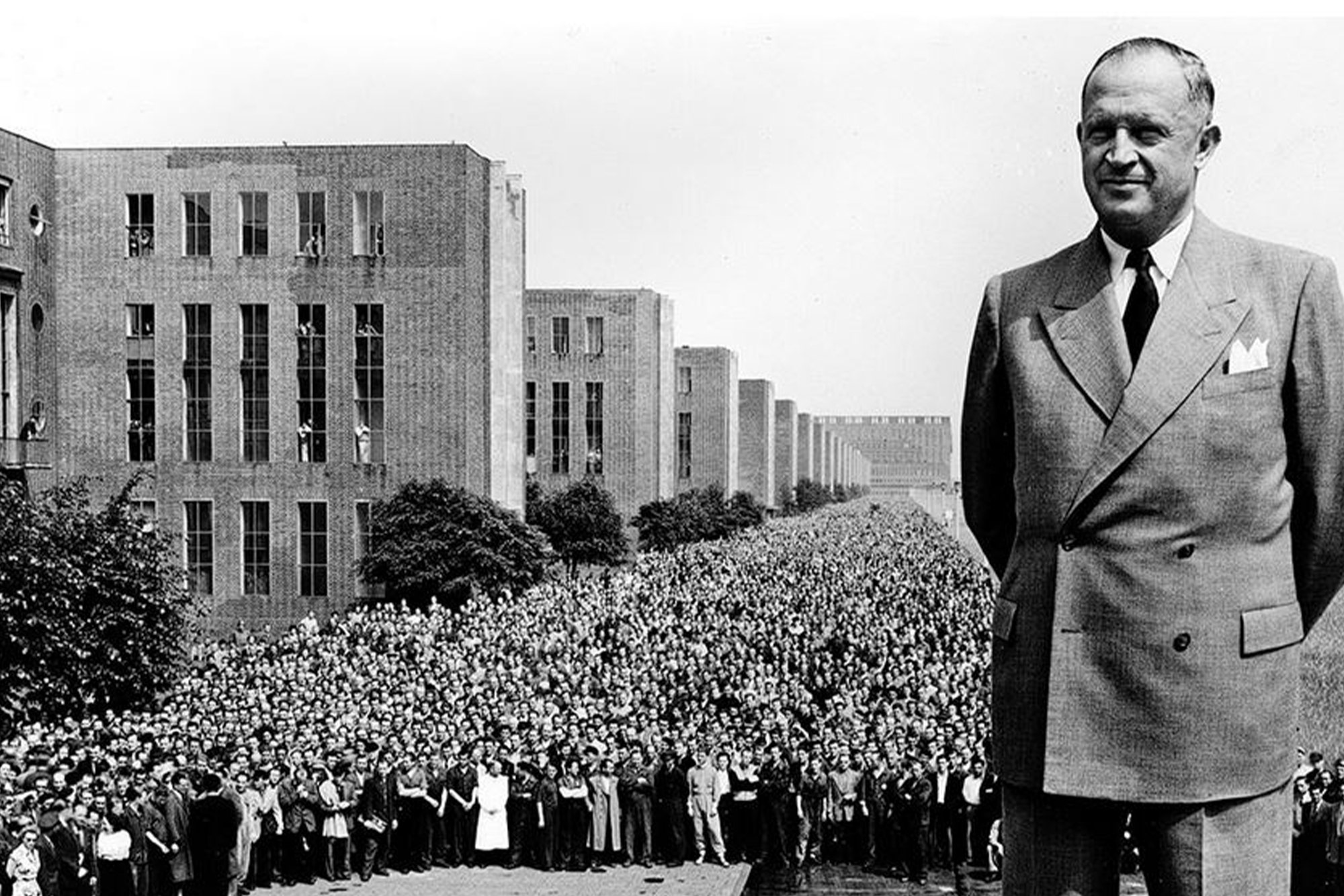 As the dealer network expanded and sales grew, the production line at Wolfsburg went from manufacturing 46,154 vehicles in 1949 to 242,373 in 1952. By 1955 Wolfsburg was celebrating the production of its one-millionth Beetle. The one-millionth car, complete with jewel-encrusted bumpers and body trim and luxurious red cloth interior can be seen on display at the Volkswagen AutoStadt in Wolfsburg. 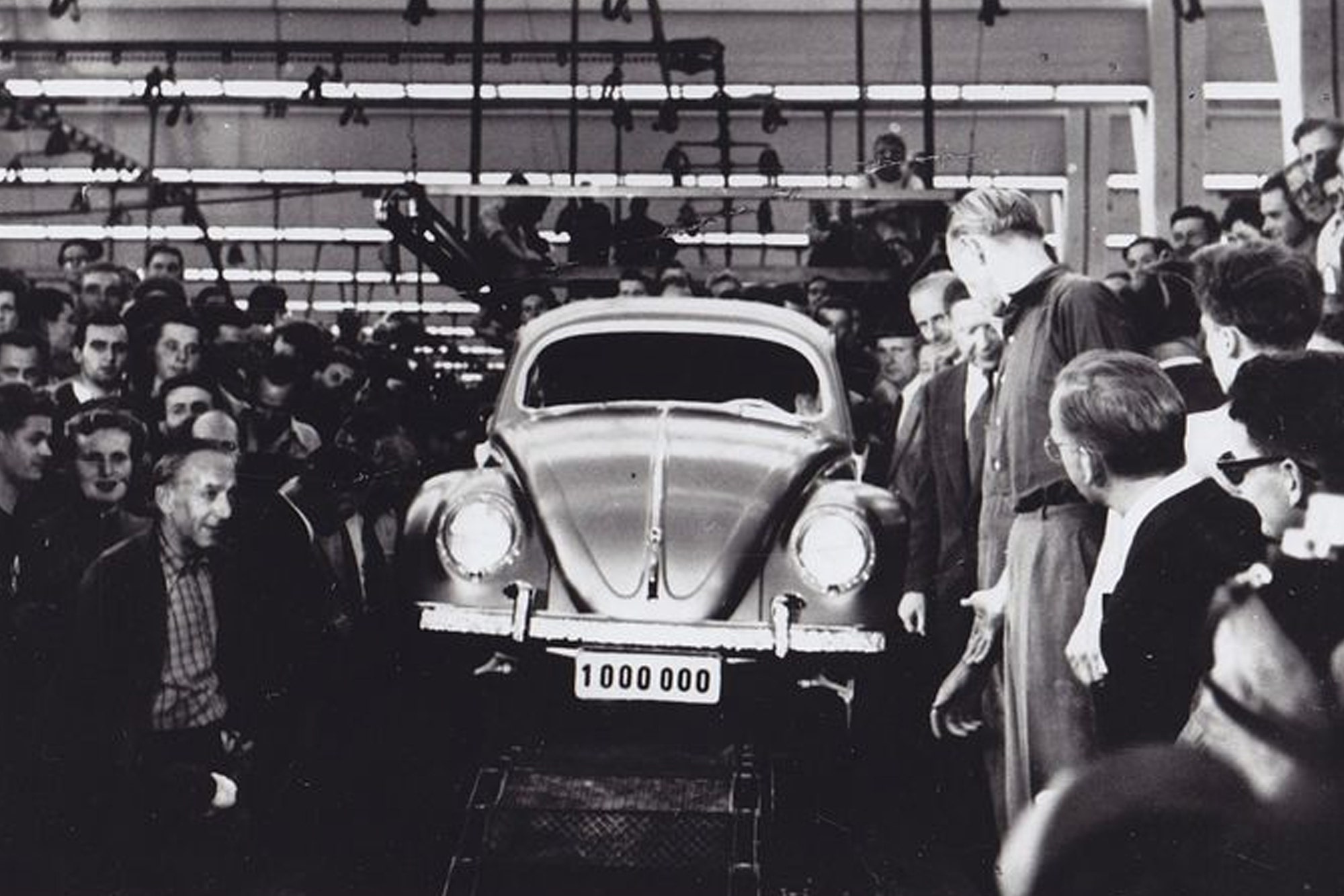 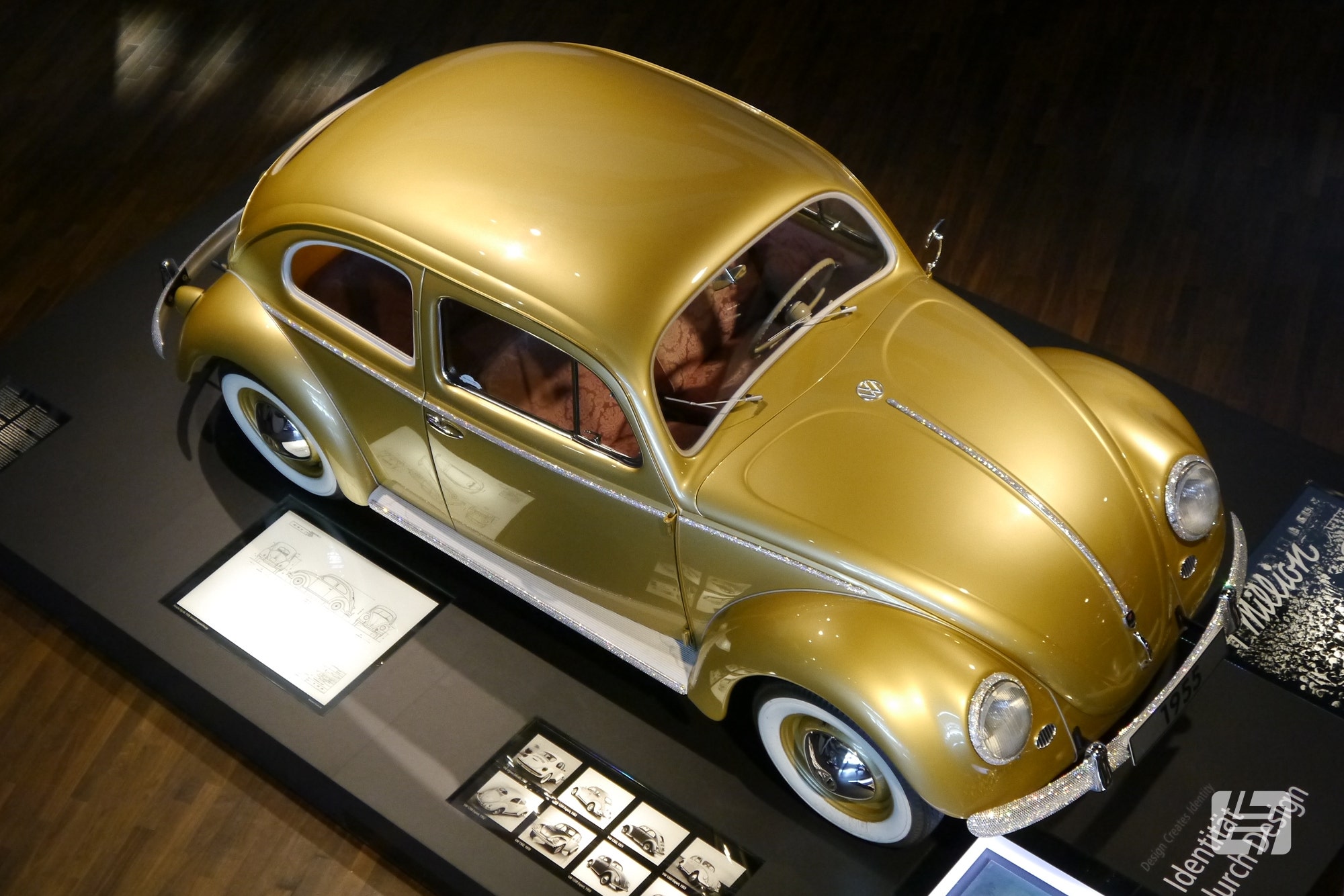 Life after the Beetle

From 1974 most of Wolfsburg’s production lines switched over to the Beetle’s successor, the Volkswagen Golf. Manufacture of the Beetle was moved to Emden, about 300km North-West of Wolfsburg, on the edge of the North Sea. Emden was already producing the B1 Passat at the time.  Type 2 production had relocated back in 1956, as we covered in our article about the Hannover Factory here. Production of the Polo, Derby and various other water-cooled models joined the Golf although manufacture of the iconic hatch always seemed to take preference. In 2003, Wolfsburg was even re-named ‘Golfsburg’ as a stunt to publicise the launch of the Mk5 model. 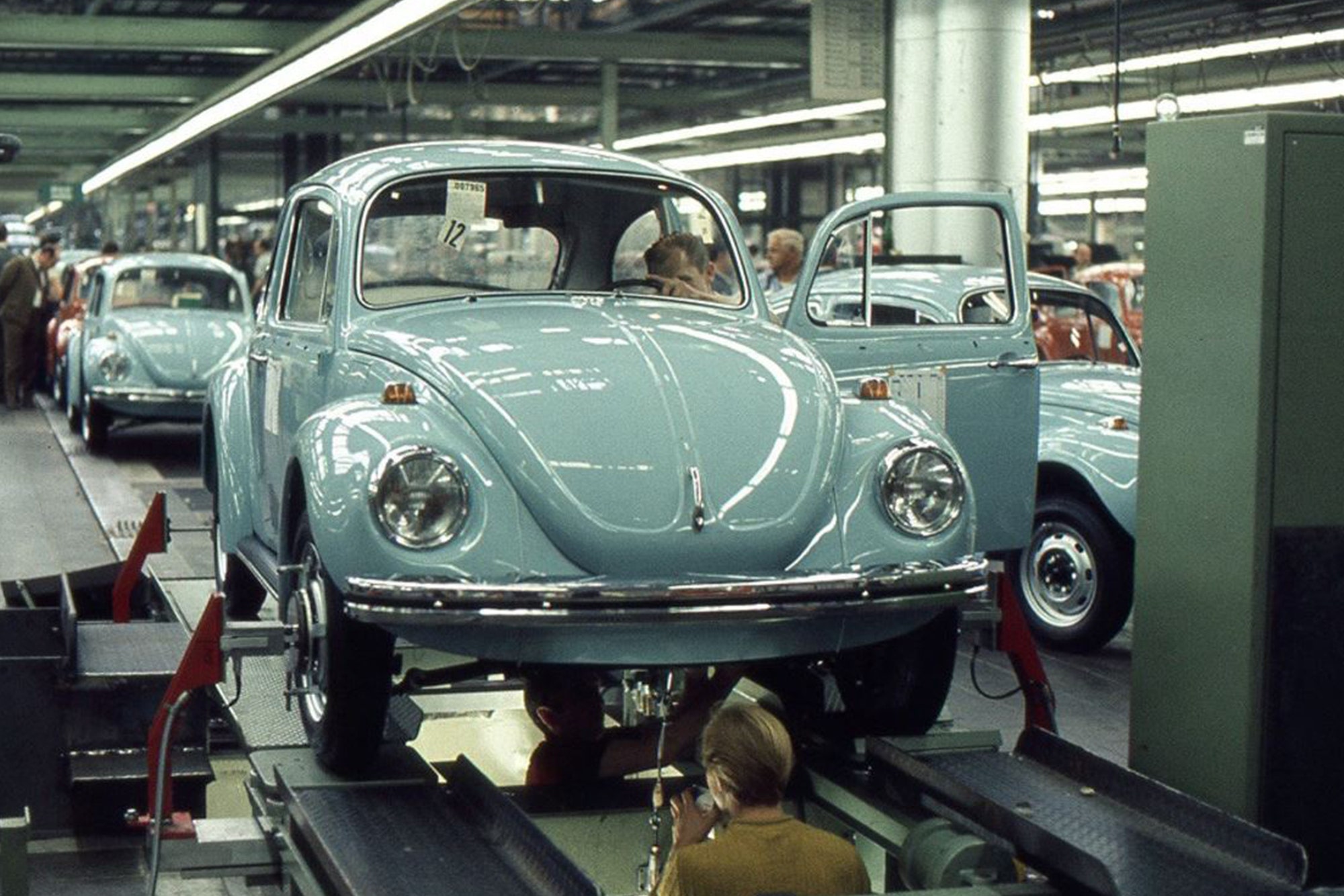 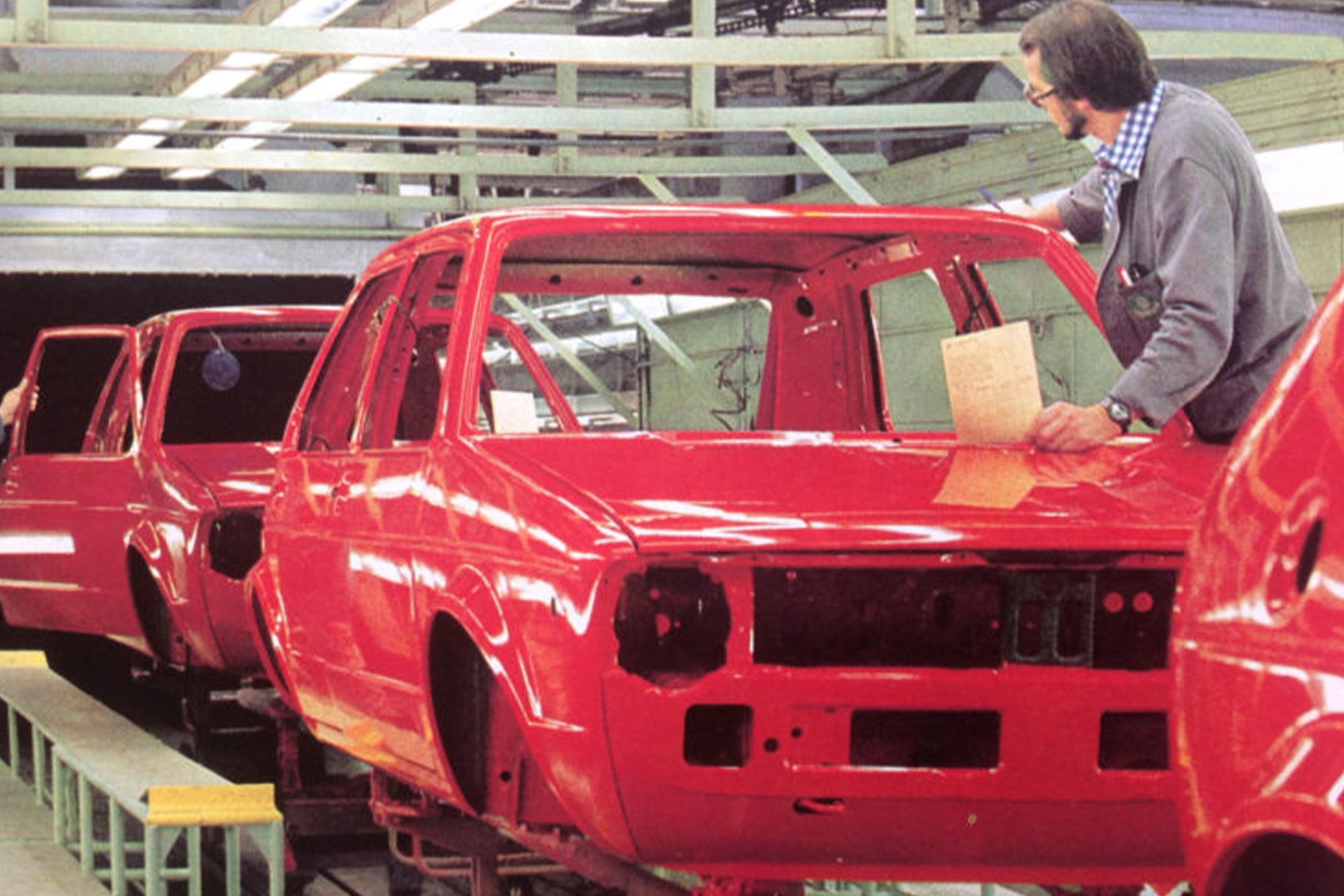 The Wolfsburg site is still home to Volkswagen’s HQ, as well as serving as a manufacturing base for the latest Golf, Golf Plus, Touran and Tiguan. It boasts the largest state-of-the-art paint shop in Europe, the first to use eco-friendly water-based paints, and the press shop process an impressive 1500 metric tonnes of sheet metal every day. Despite the size of the company, and the technology available today, the railway network is still utilised to bring components in, and to quickly dispatch built vehicles to dealerships worldwide, just as it was in the beginning. 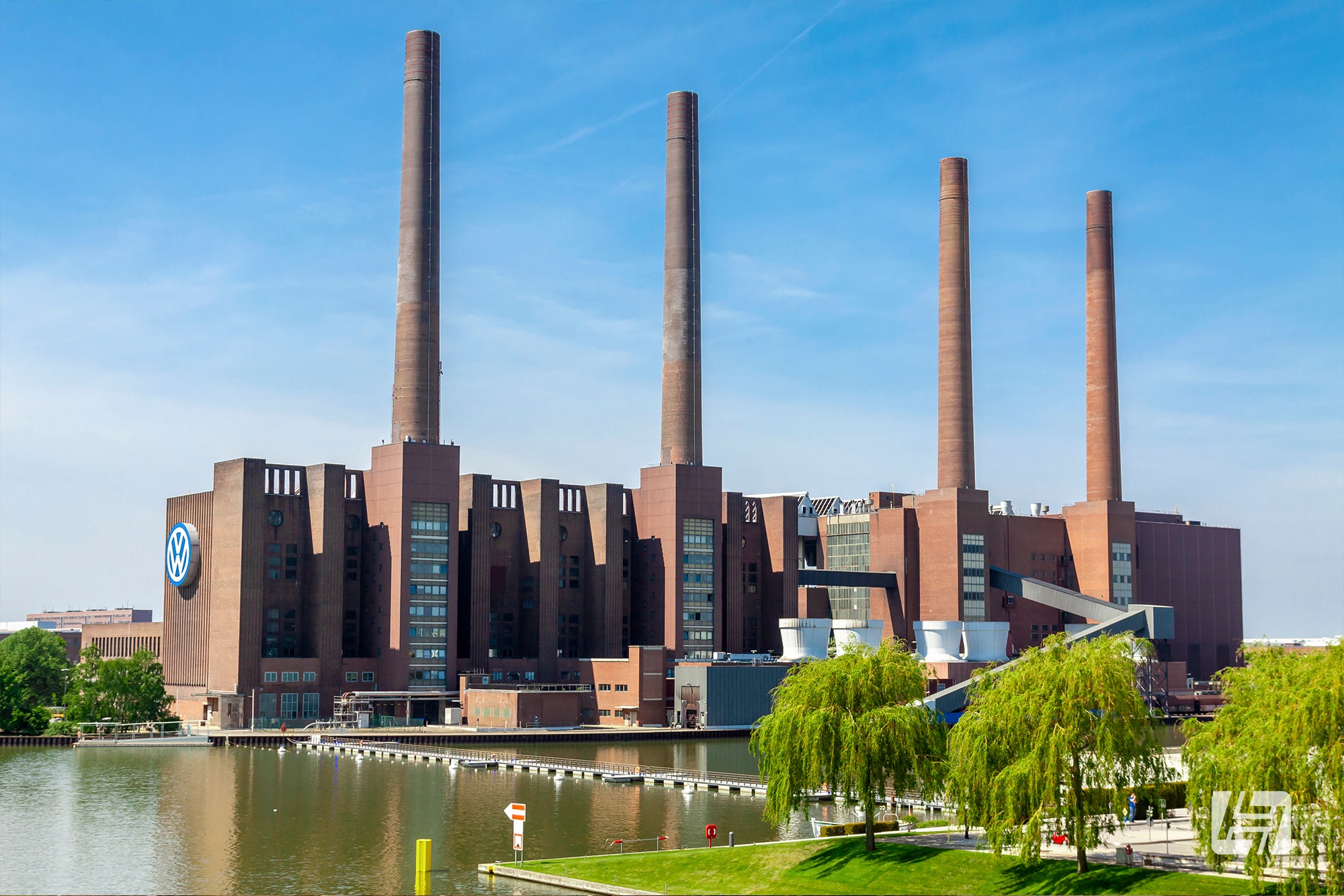 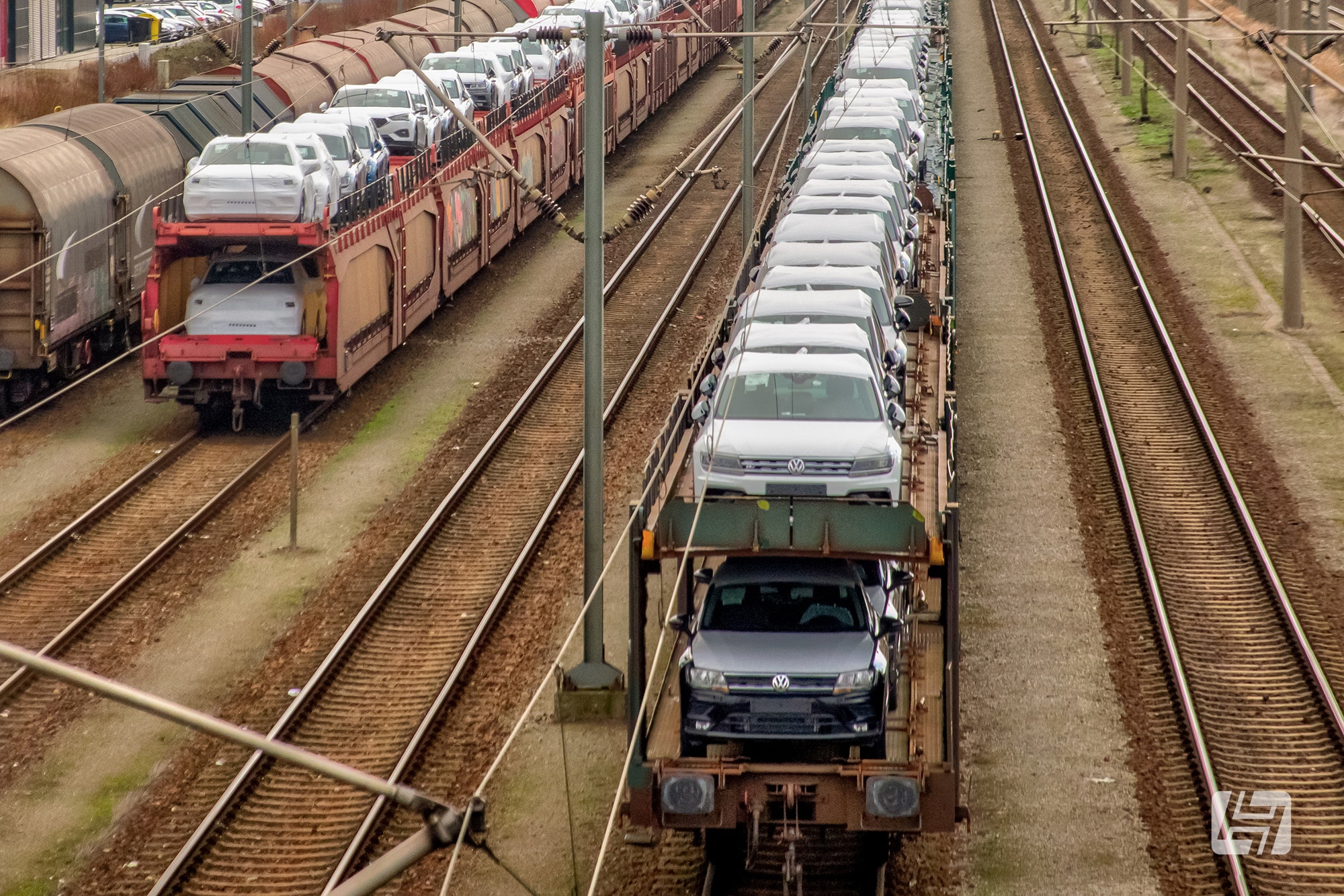 Next to the production facility itself is the AutoStadt, which houses the firm’s marvellous museum and is set in beautifully landscaped grounds. You can even book a stay on-site at the 5* Ritz-Carlton Hotel. Naturally, there is also a Volkswagen dealership and they keep all their stock in two glass towers. Visitors can pay to take a trip up inside them too, should they so wish. 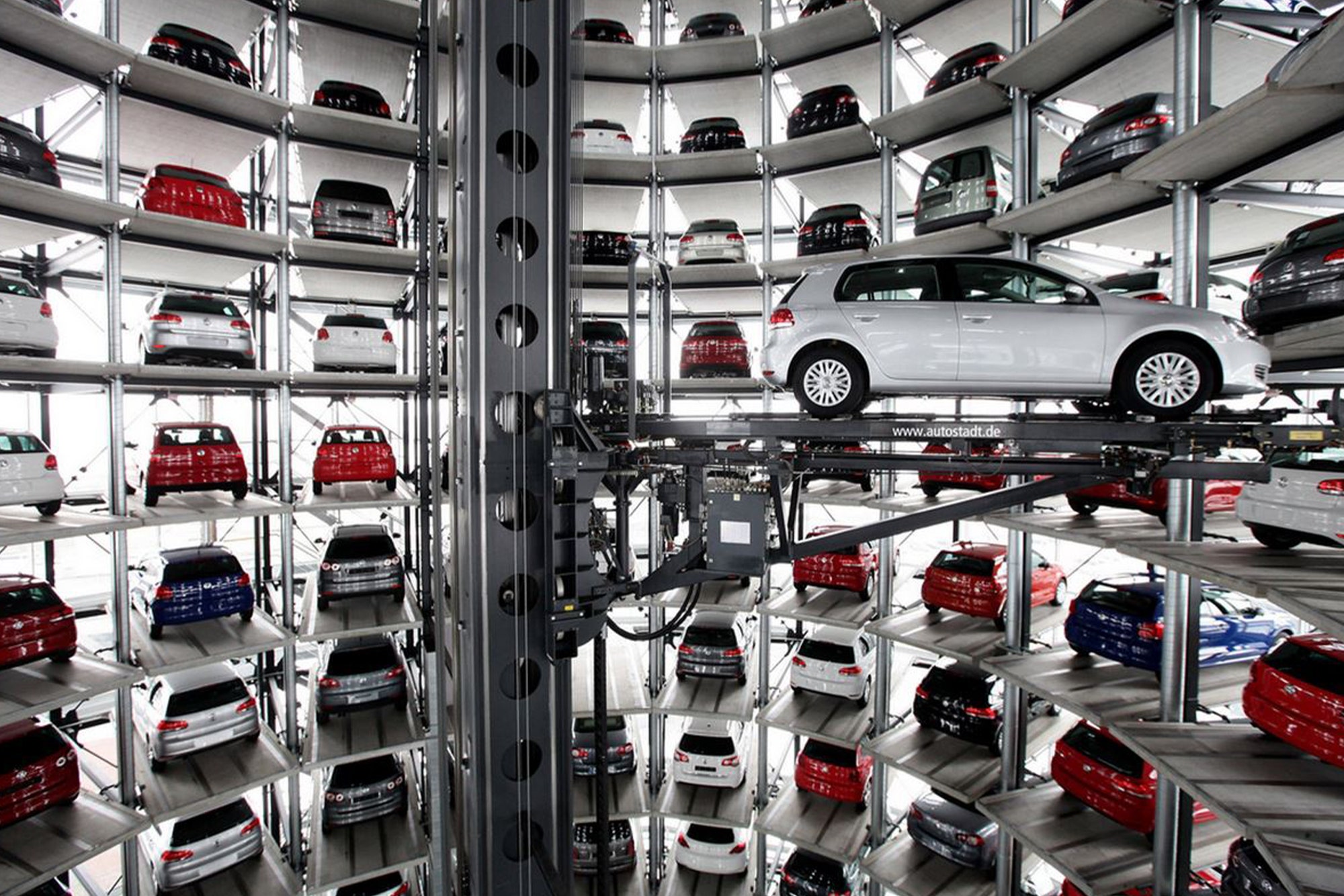 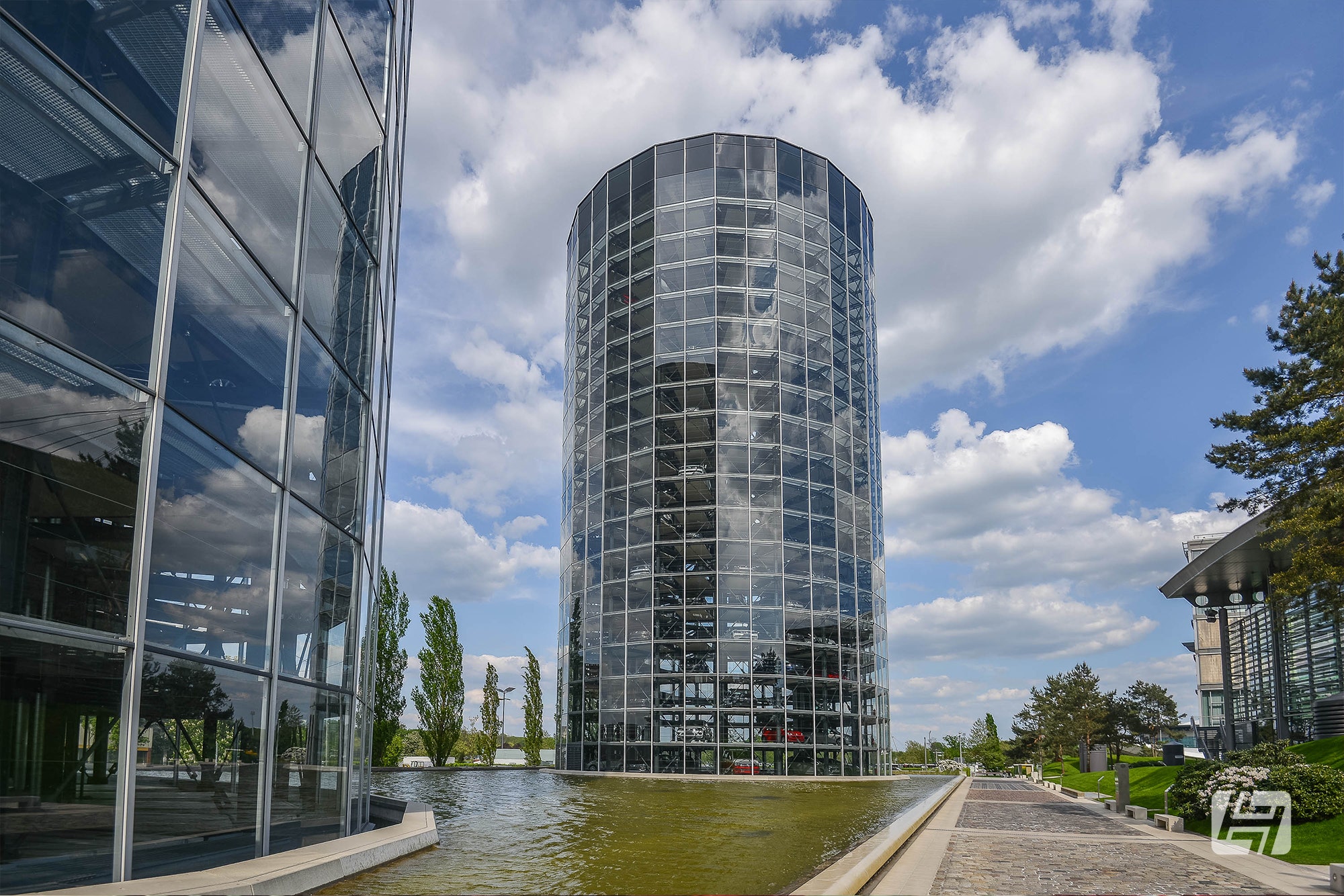 Being part of the industry that we are, I'm lucky enough to have visited both the VW Factory and the AutoStadt. It certainly is an amazing place for the Volkswagen enthusiast to explore - one for the bucket list, perhaps? Ian / Andy
6 months ago
Comments
Leave your comment
Top