Where your Bus was made: VW Hannover Factory

VW Transporter
2 comments
Volkswagen recently celebrated six decades of production at its VW Hannover factory in Germany. We explore the story behind the purpose-built plant that has produced six generations of the VW Transporter. Join us for a trip back in time!

It started with a sketch…

The Bus concept was first thought up by Dutch businessman Ben Pon, who was acting as an agent for VW at the time. He was actually the first person to export a Beetle outside of Germany. Pon famously did a sketch of a boxy commercial vehicle back in 1947 but it wasn’t until May 1949 that Volkswagen MD Heinz Nordhoff gave it the go-ahead. The Type 2 went into production at Wolfsburg on 12th November 1949, although just eight examples had been built by the end of the year. Manufacture got going in the new year and Volkswagen built 8,509 vehicles by the end of 1950 but, with emphasis on the growing market for the Beetle, only a small fraction were Transporters. 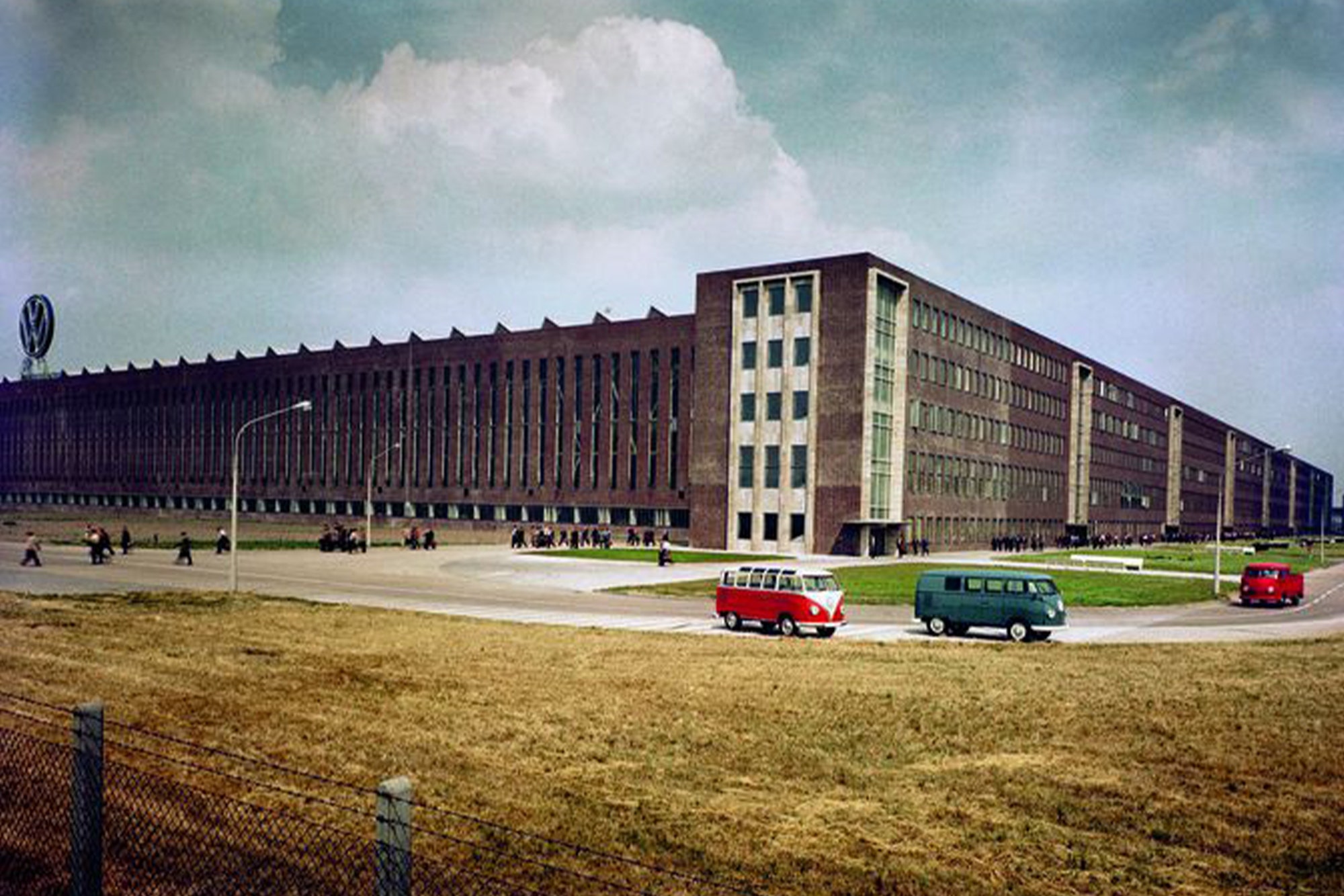 Moving out of Wolfsburg

Nonetheless, Bus orders kept coming, and despite 242,373 vehicles being built at Wolfsburg in 1952, just 40,199 were Type 2s. With so much of the factory set aside for Beetle production, just 80 Buses could be made a day and to make matters worse, the Transporter was offered in 30 different variations which did nothing for the logistics. It soon became clear that a dedicated Transporter production facility was needed, but the question was where to build it? Offers came flooding in from cities and towns throughout West Germany all keen to benefit from the huge income the new factory would bring. One such offer came from Stöcken near Hannover with its large railway yard on one side and the Mittelland Canal which ran to Wolfsburg on the other; it was perfect. 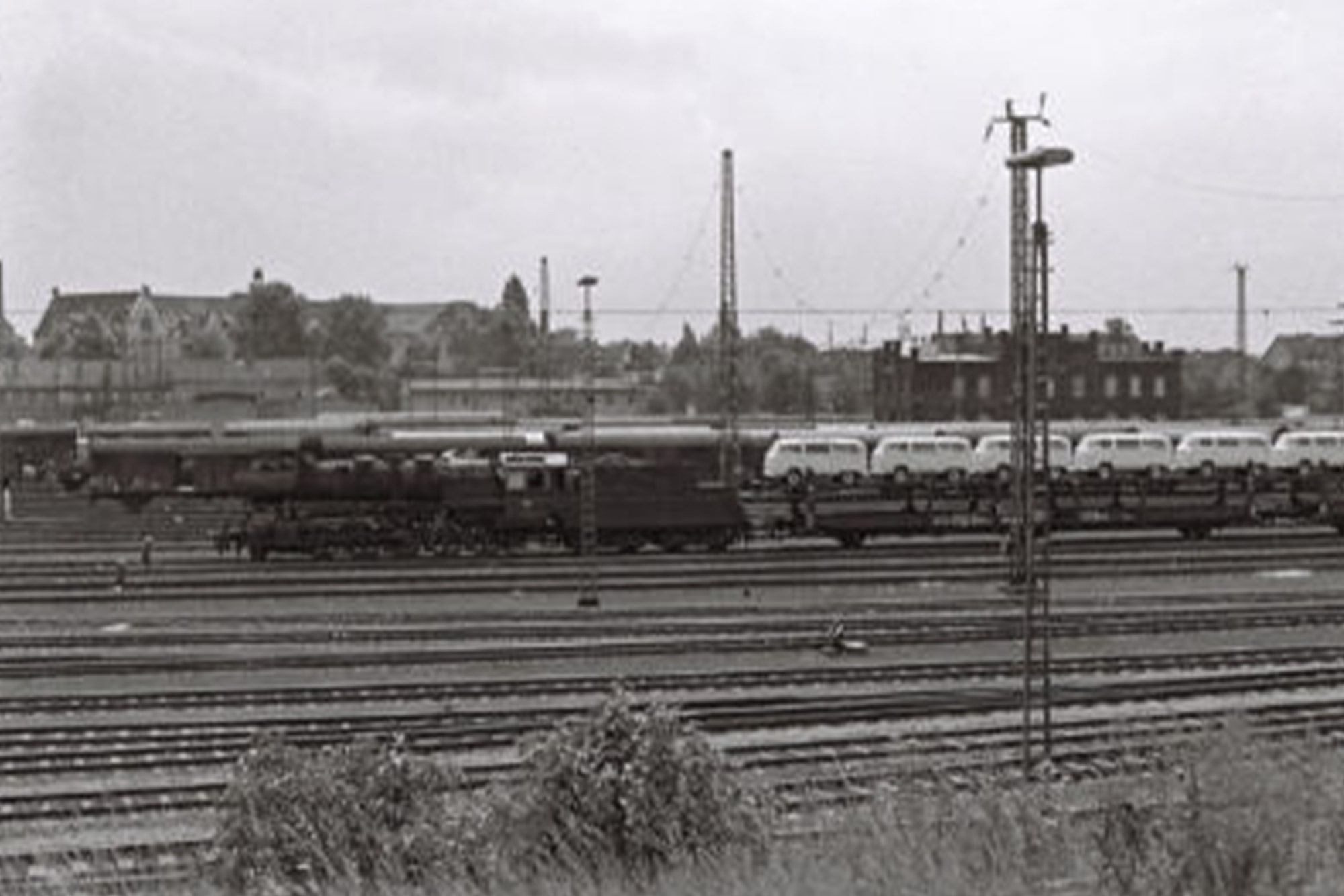 All of the architectural work was carried out in-house by the VW Building Design Department and externally the new factory had visual similarities with Wolfsburg, with its characteristic saw-tooth roof. Nordhoff laid the foundation stone on March 1, 1955, but it was a rather different affair to the one seen at Wolfsburg in May 1938 when Hitler laid the foundation stone in front of 80,000 people. This time the much smaller crowd was mostly made up of employees and builders, and the ground had a covering of snow. As the snow thawed, the site became a mud bath leaving construction lorries stuck and an urgent requirement for purpose-built access roads. Due to the sheer scale of the construction, various temporary buildings were erected as site offices and housing for the workers. After three months the workforce had grown to 2,000. There were 30 cranes on site working around the clock and cement mixers churned out 5,000 cubic meters of concrete per day, creating 600,000 square slabs. A mind-boggling 256,000 truckloads of earth were removed from the site in total. 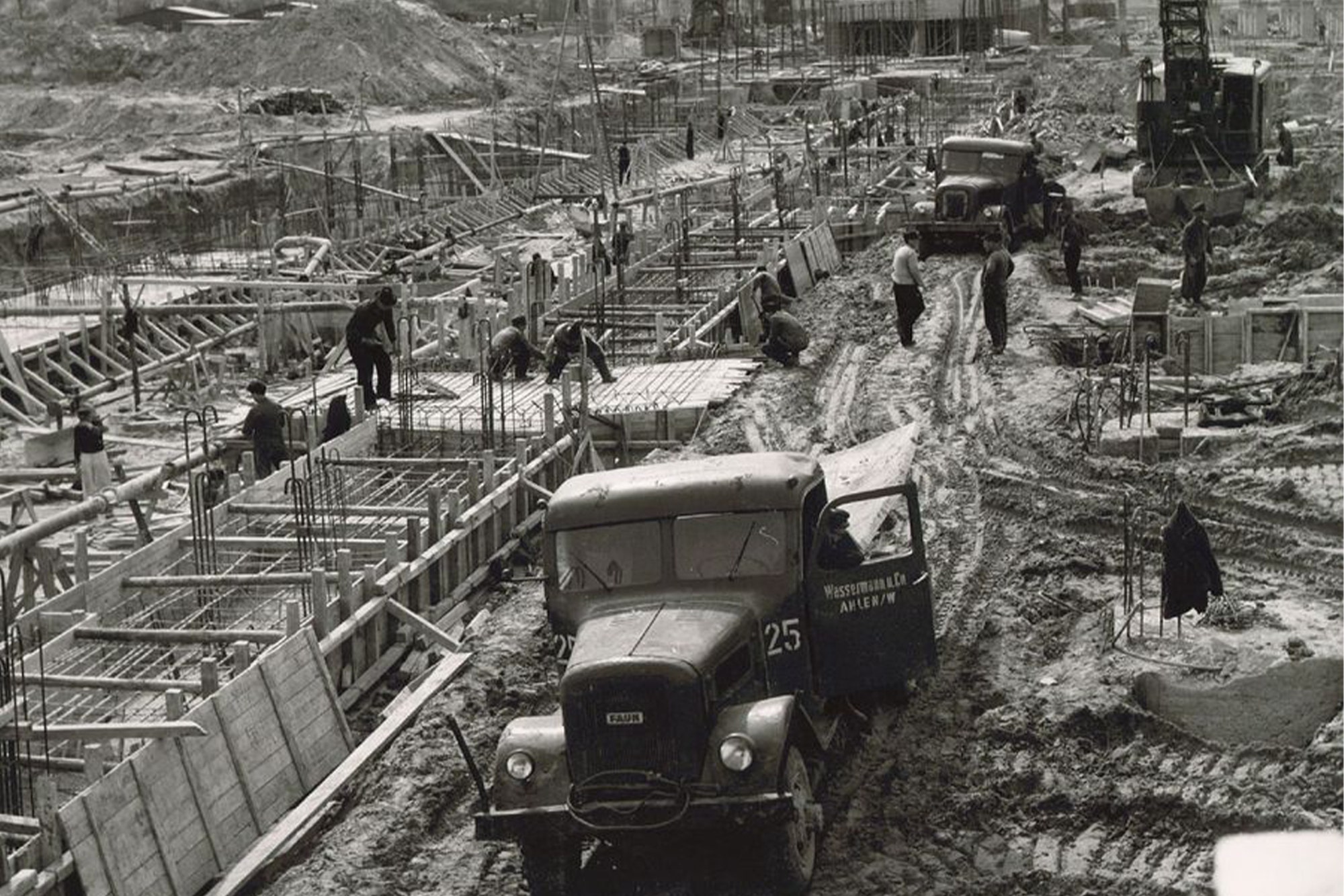 Trained and ready to build buses!

Long before the new plant was completed, Volkswagen employed 3,000 people, in readiness for manufacture moving to Hannover. Staff training was key, and VW paid for a dedicated daily 4 am train service to transport the new workers from Hannover to the Wolfsburg factory, where they were taught how to build a Type 2 from a big pile of Splitscreen Bus parts! 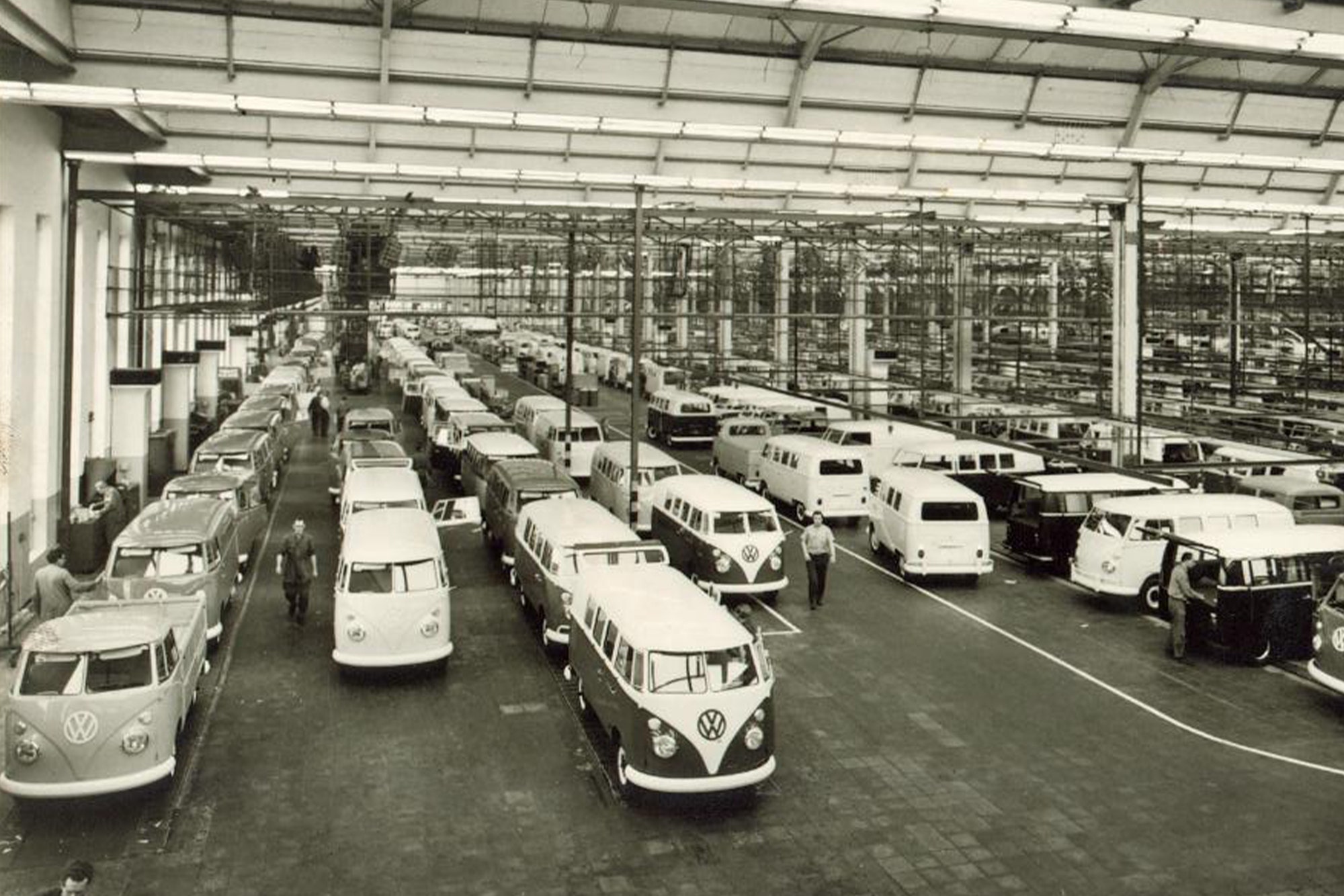 By February 1956 the building was virtually finished and logistical essentials such as 10km of railway had been laid providing connection directly into the plant. On 8th March 1956, the first test of the new VW Type 2 Transporter production line was carried out. Full series production began on 20th April, with around 250 vehicles being produced per day. This number soon rose to 300 units, and by the end of the year, 62,500 vehicles had been made at Hannover. Come 1962, when the One-Millionth Type 2 rolled of the production line, 700-800 Buses were being made every day. 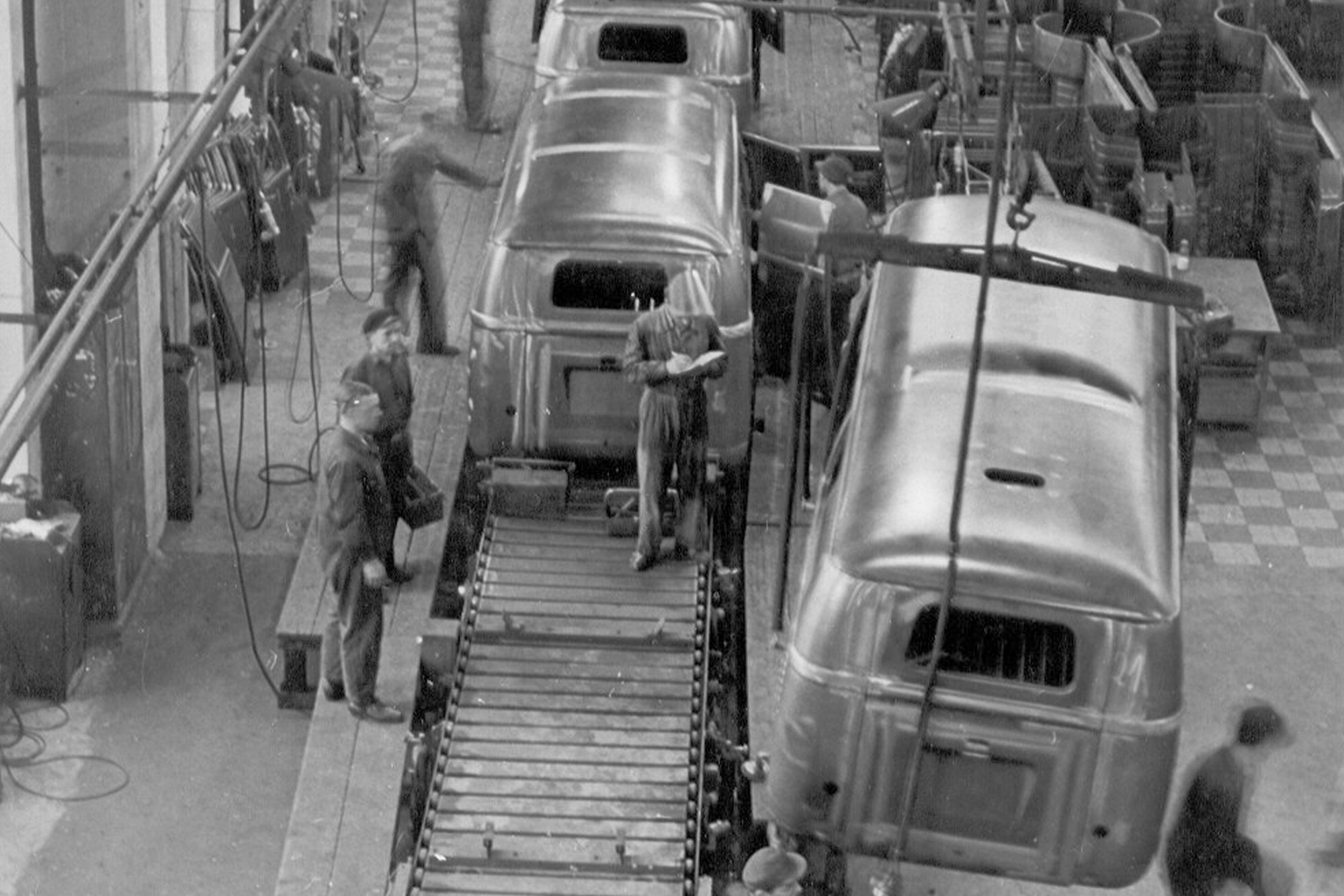 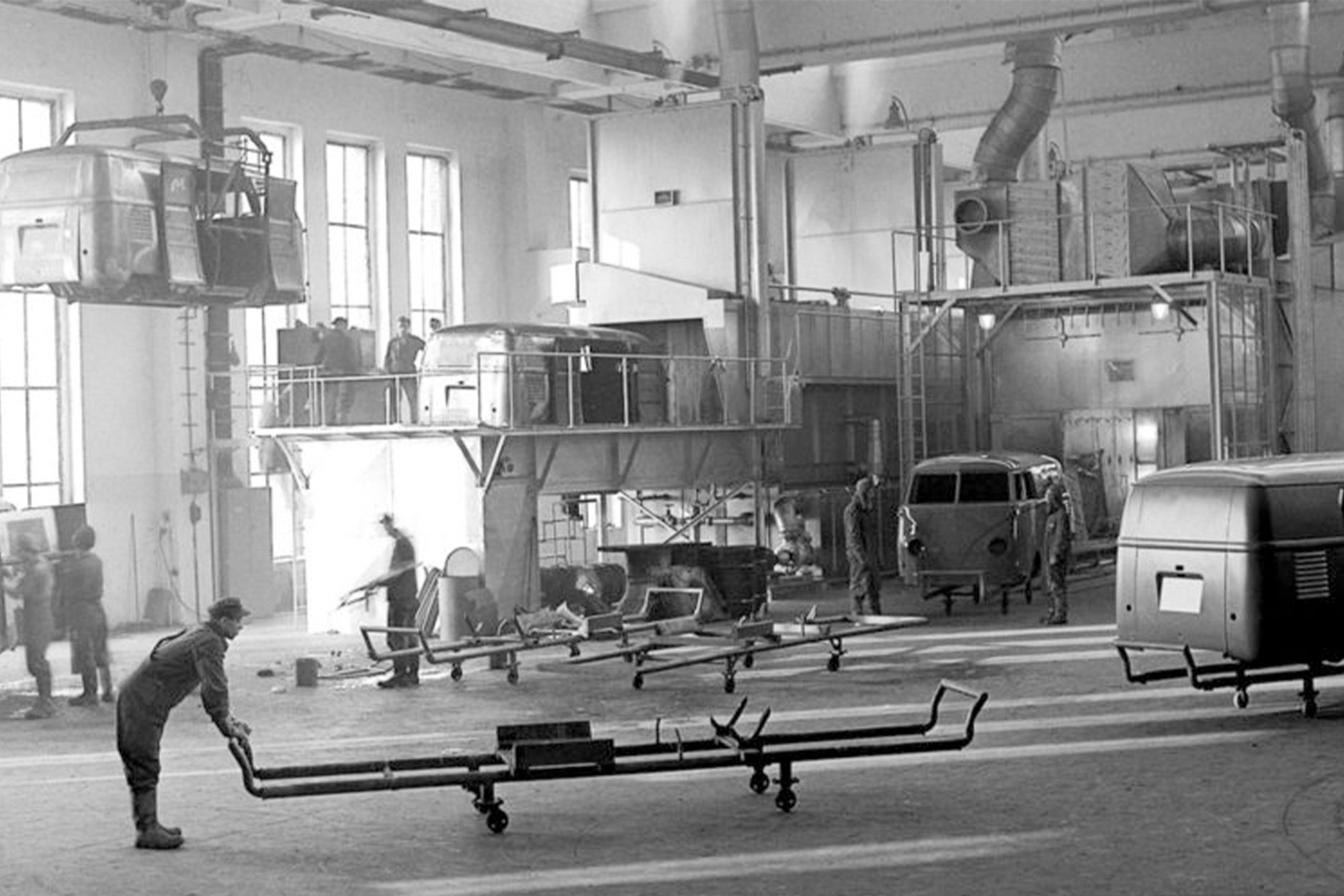 As well as churning out Buses, VW made the decision to build a new factory within the Hannover confines. This would concentrate specifically on building air-cooled engines, Type 1 beams, Type 2 front suspension and rear transaxles. Work started on ‘Hall 2’ on 20th October 1957 and once the new building had been added, the combined frontage was now close to being half a mile in length. The engine production lines made 1,000 engines every day, most of which were destined for Wolfsburg and transported by rail. The complete Type 1 front and rear end assemblies were also transported by rail to Wolfsburg. Hall 2 went on to produce not only the Type 1 engine, but also Type 3 ‘pancake’, Type 4 and later water-cooled engines, including the T25 Wasser-Boxer. 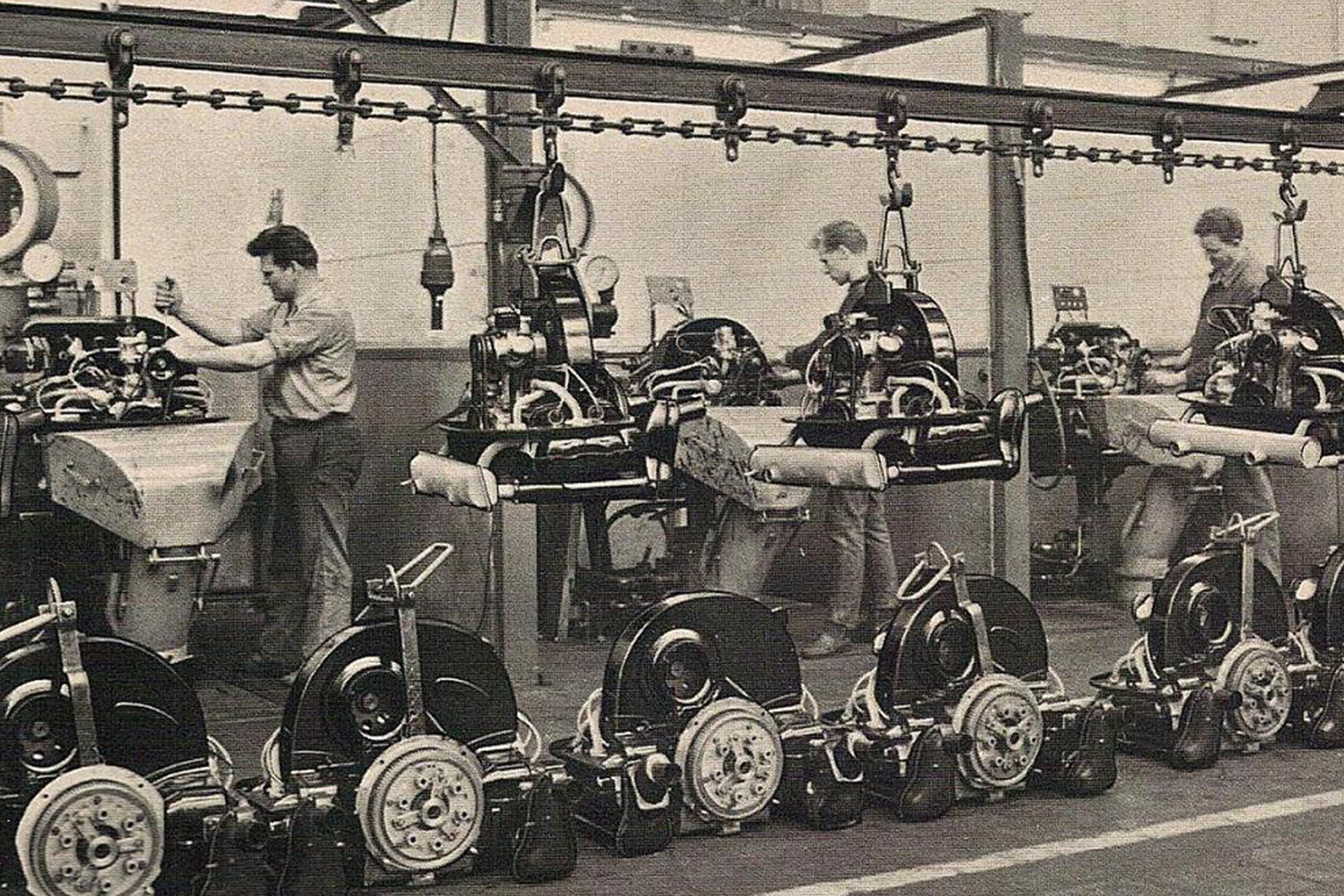 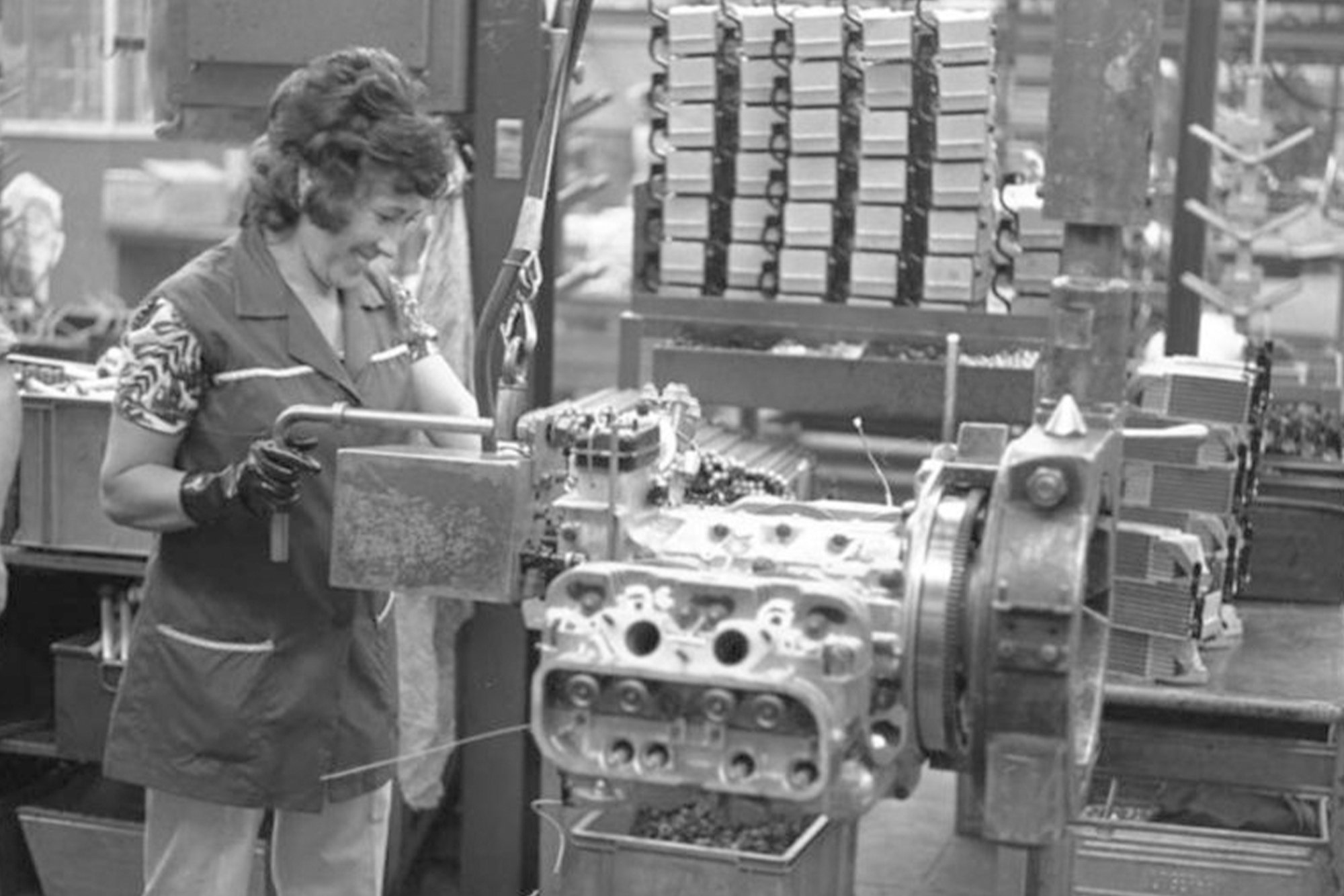 In July 1967, during the annual factory holiday closure, Hall 1 and 2 at Hannover was re-tooled ready for production of new Bay Window parts and vehicles, and by 1968 production of the Type 2 passed two million vehicles. In 1980 the Bay was replaced by the Type 25 and by 1981 the factory had built 5 million 'Type 2' Buses since its birth back in the fifties.

In 1990 the front-wheel-drive the T4 Transporter entered production, followed by the VW T5 Transporter in 2004, the T5.1 in 2009 and the T6 from 2015. Along with the Volkswagen Type 2, VW Hannover has made the VW Load Transporter (LT), Taro Pick-Up, 26,531 Type 181s, 2600 Basistransporter CKD kits, MAN Trucks and today the Amarok and the bodies of Porsche Panameras are produced here. 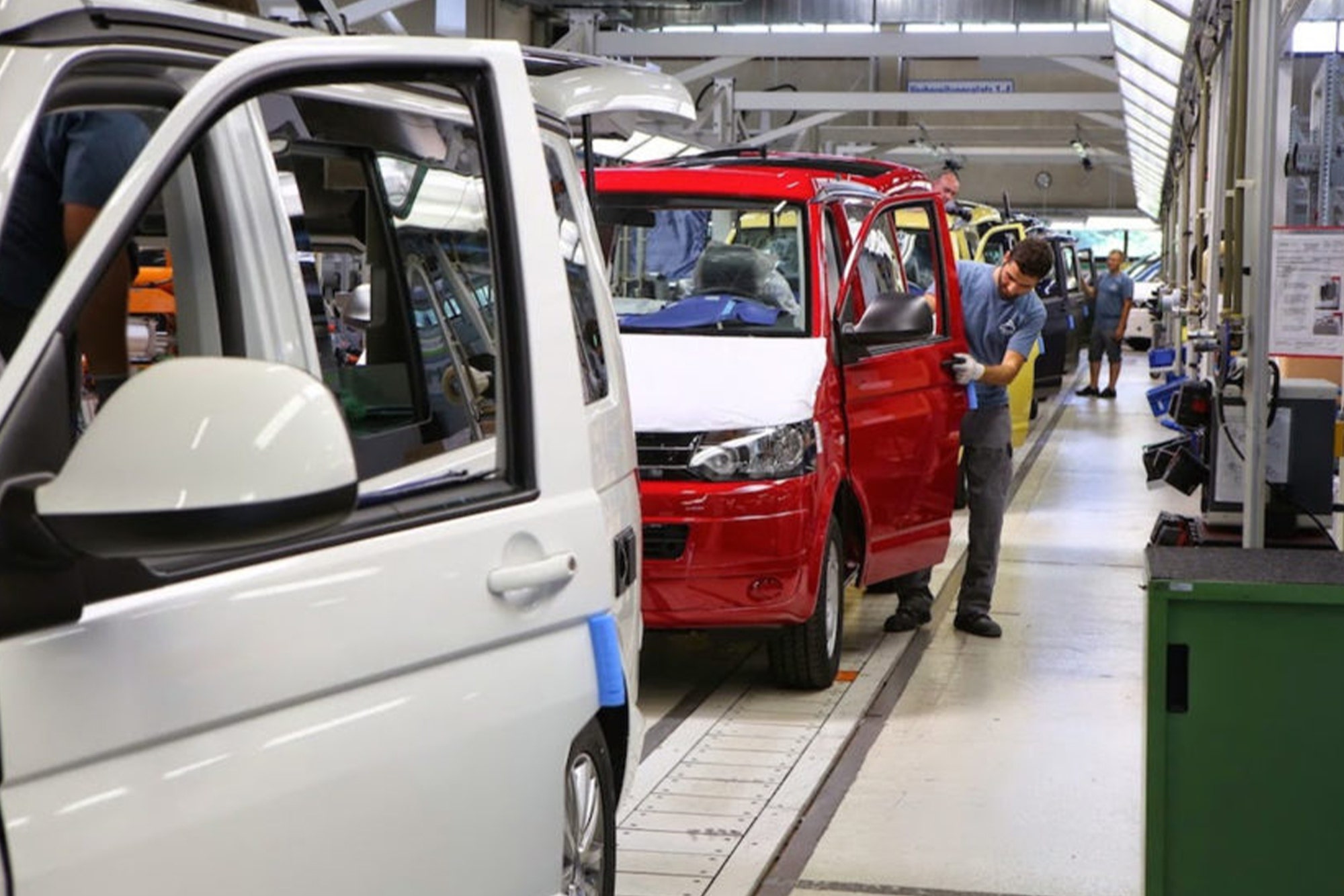 Hopefully, you have found this rummage through the history files of the VW Hannover factory interesting. Even if you don't drive a VW Transporter, the photos are a wonderful trip down memory lane. Ian / Andy
8 months ago
Comments
Where your VW was made: Wolfsburg Factory - On the Road
[…] From 1974 most of Wolfsburg’s production lines switched over to the Beetle’s successor, the Volkswagen Golf. Manufacture of the Beetle was moved to Emden, about 300km North-West of Wolfsburg, on the edge of the North Sea. Emden was already producing the B1 Passat at the time.  Type 2 production had relocated back in 1956, as we covered in our article about the Hannover Factory here. […]
Reply
Alan Lewis
I really enjoyed reading this article , some of which I knew but the other was great, thankyou and more please
Reply
Leave your comment
Categories
Search The Blog
Tags
911 914 924 944 964 986 996 997 Aircooled Baywindow Beetle Brazil Kombi Bus Cabriolet Caddy Corrado Eurovan Golf Mk1 Golf Mk2 Golf Mk3 Golf Mk4 Jetta Karmann Ghia Porsche Scirocco Splitscreen T1 T2 T25 T3 T4 T5 T6 Transporter Type 2 Type 25 Type 3 Type 34 Vanagon VW Watercooled
Recent Comments
Recent Posts
Top