Bus VW Transporter
3 comments
The VW community is full of ‘guys who give it a go and follow a dream’ and fortunately a decent number of these hobby-turned-business ventures not only survive but thrive from the efforts of their entrepreneurial founders. 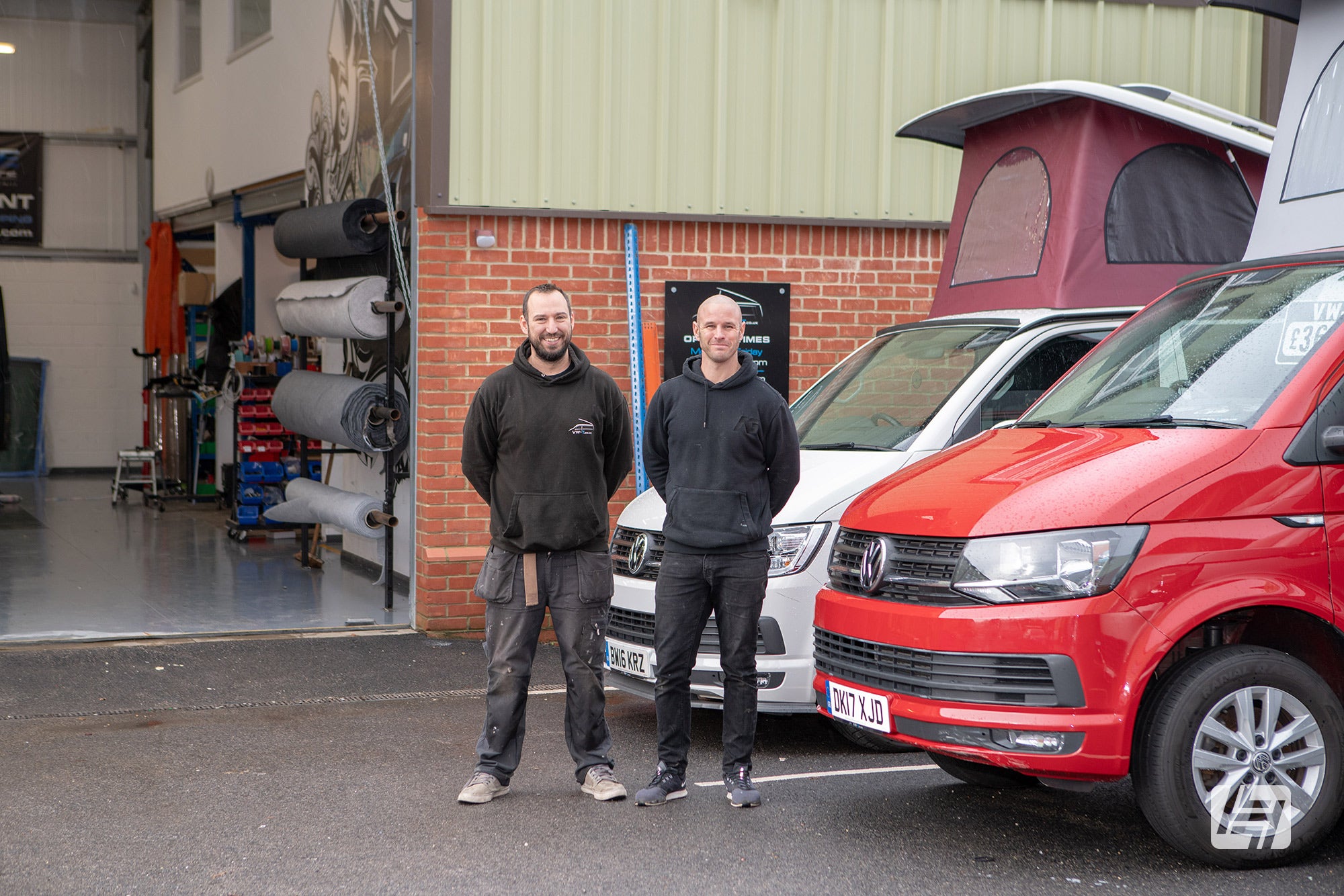 Earlier in the year we met up with Ian Harris from VW Kampers to learn more about his journey which has led to him earning a wage doing something he’s truly passionate about. 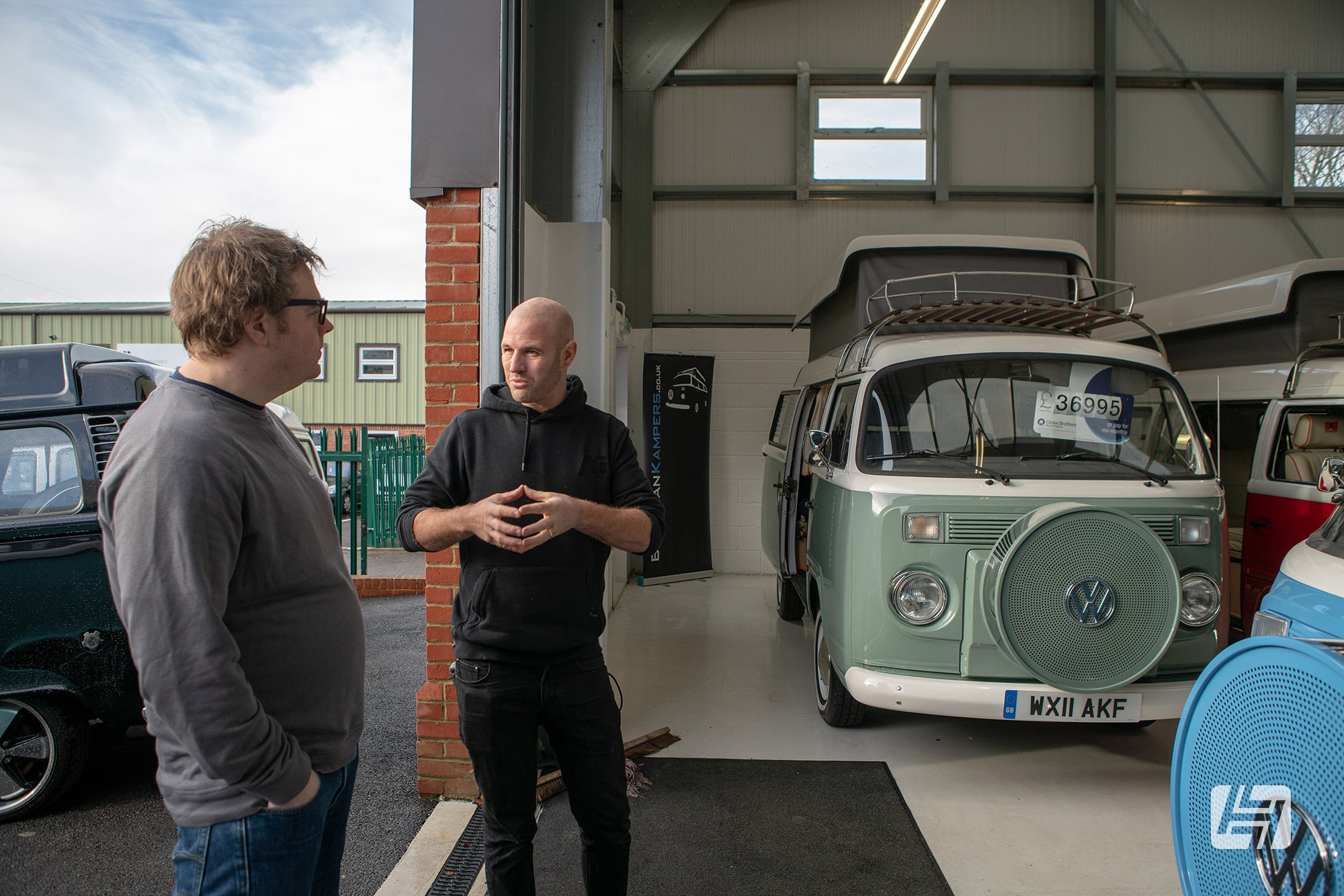 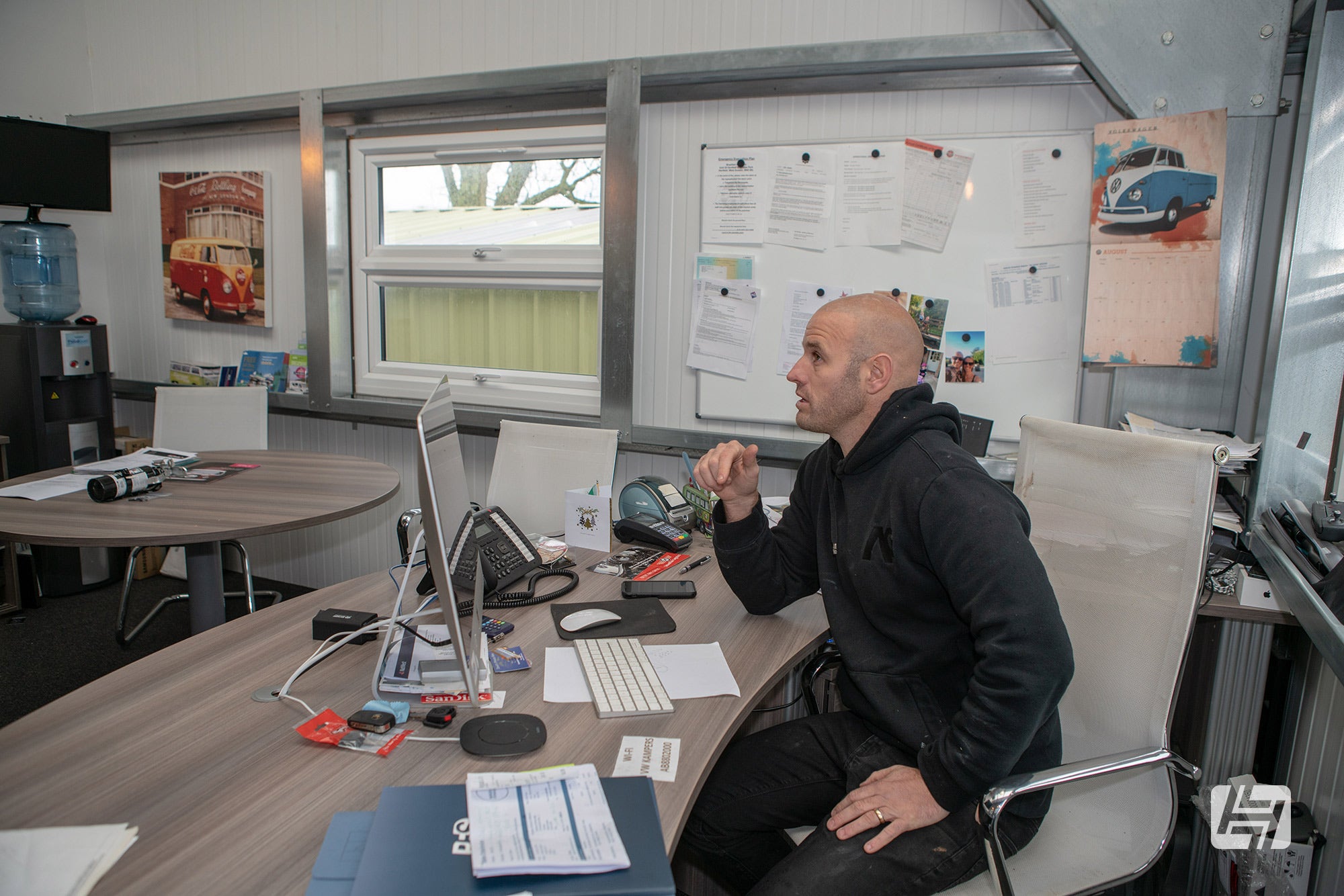 As we wander around the showroom, jam packed with  Brazilian Kombi’s Ian recounts how it all began. “The business itself started in 2009, at first I was doing buses up and selling them, then we would import Brazilian buses - with the help of Barney and David at Heritage actually, kit them out and then offer them for hire.” 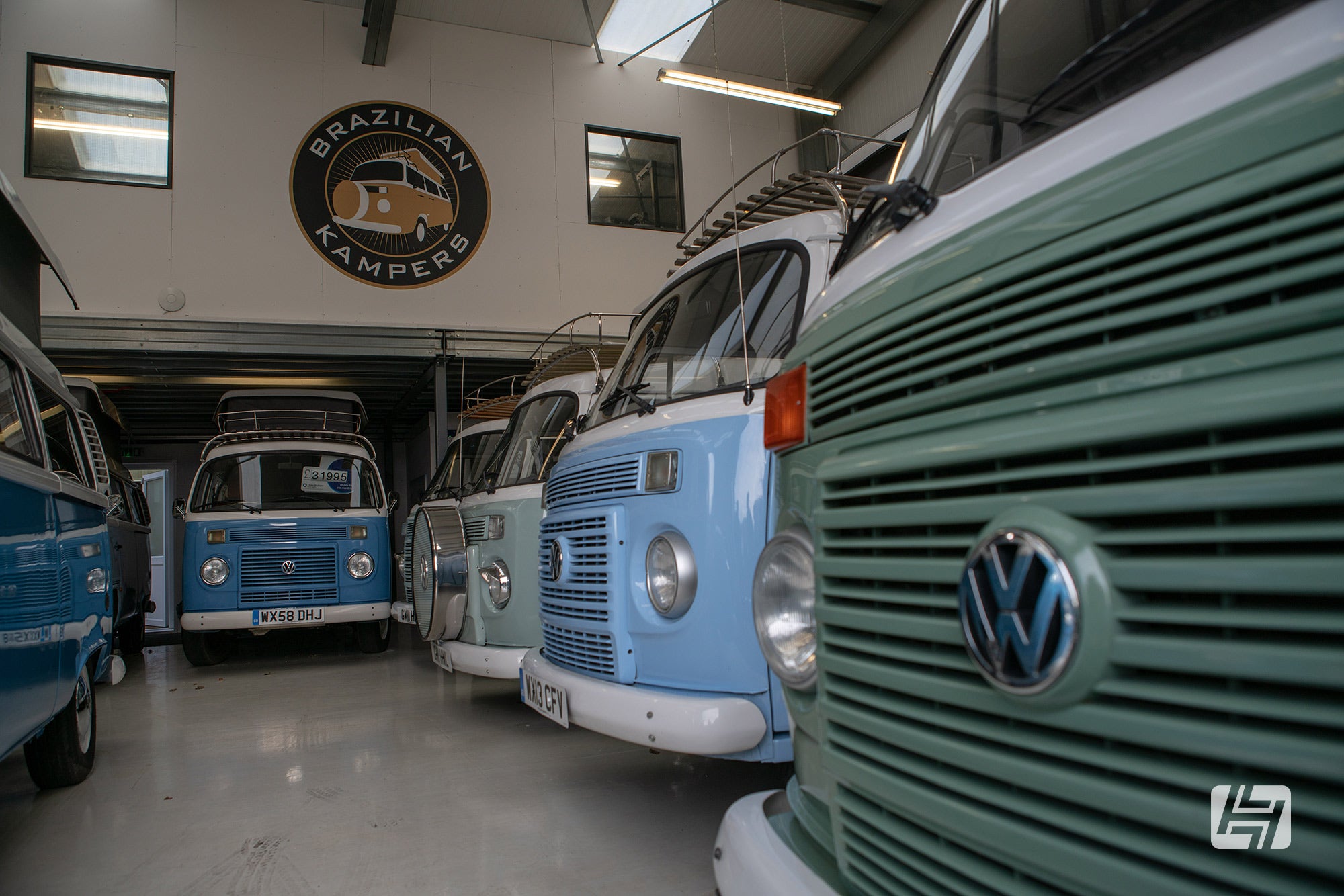 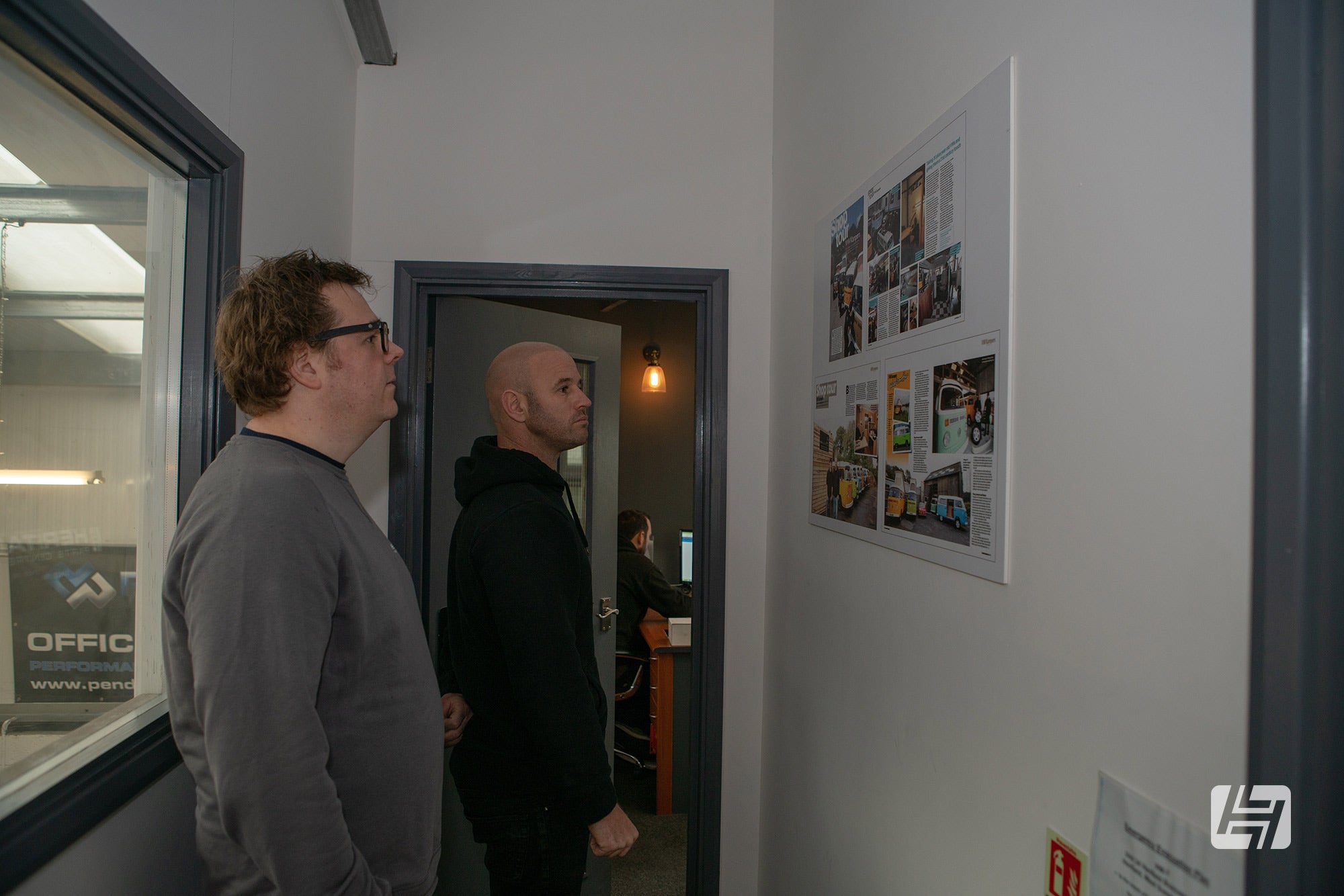 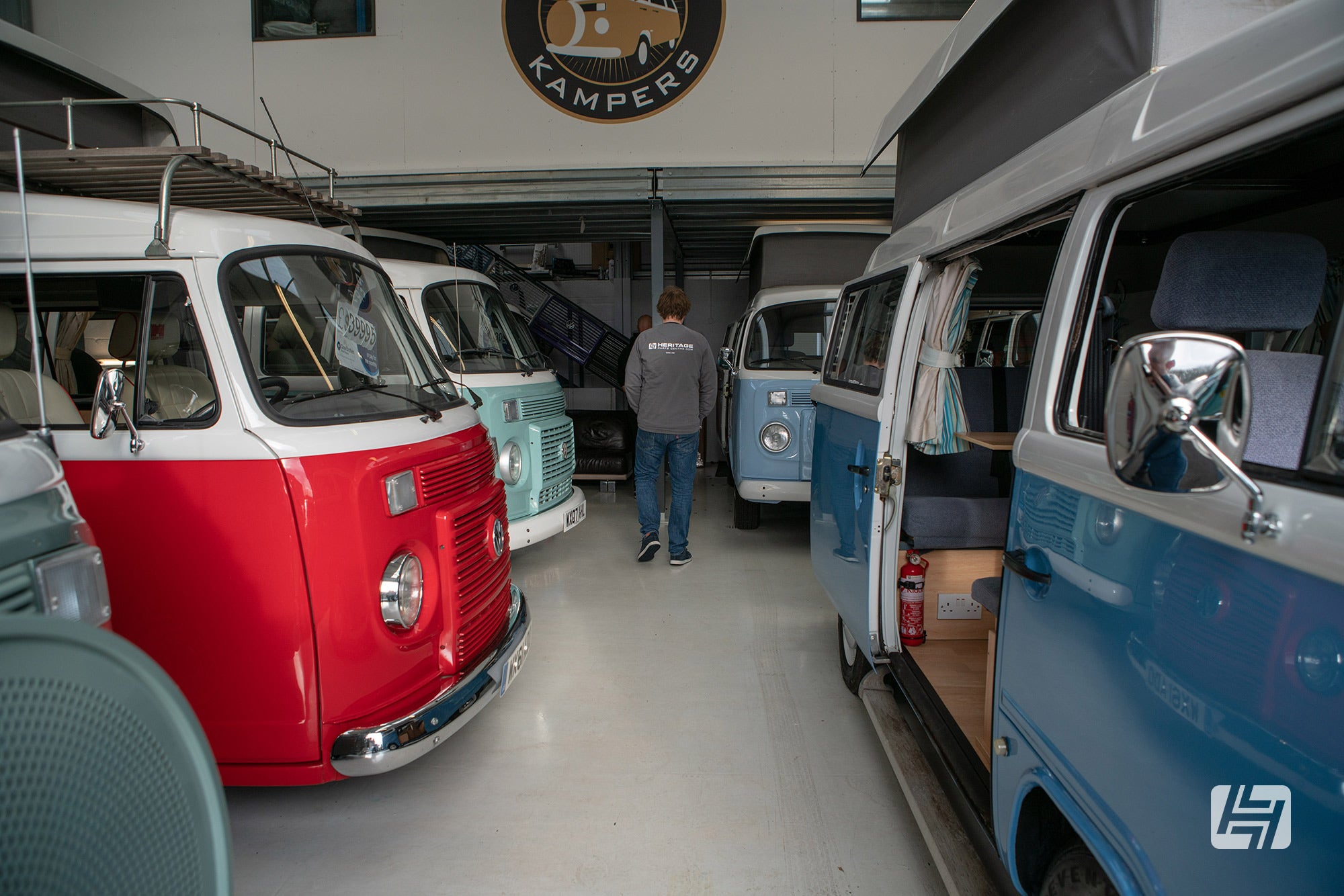 Up until recently there were a number of places to source a Brazilian built campervan, but Ian has carved himself a niche and the others seem to have given up, such is his success, and I should also mention his knowledge of them. 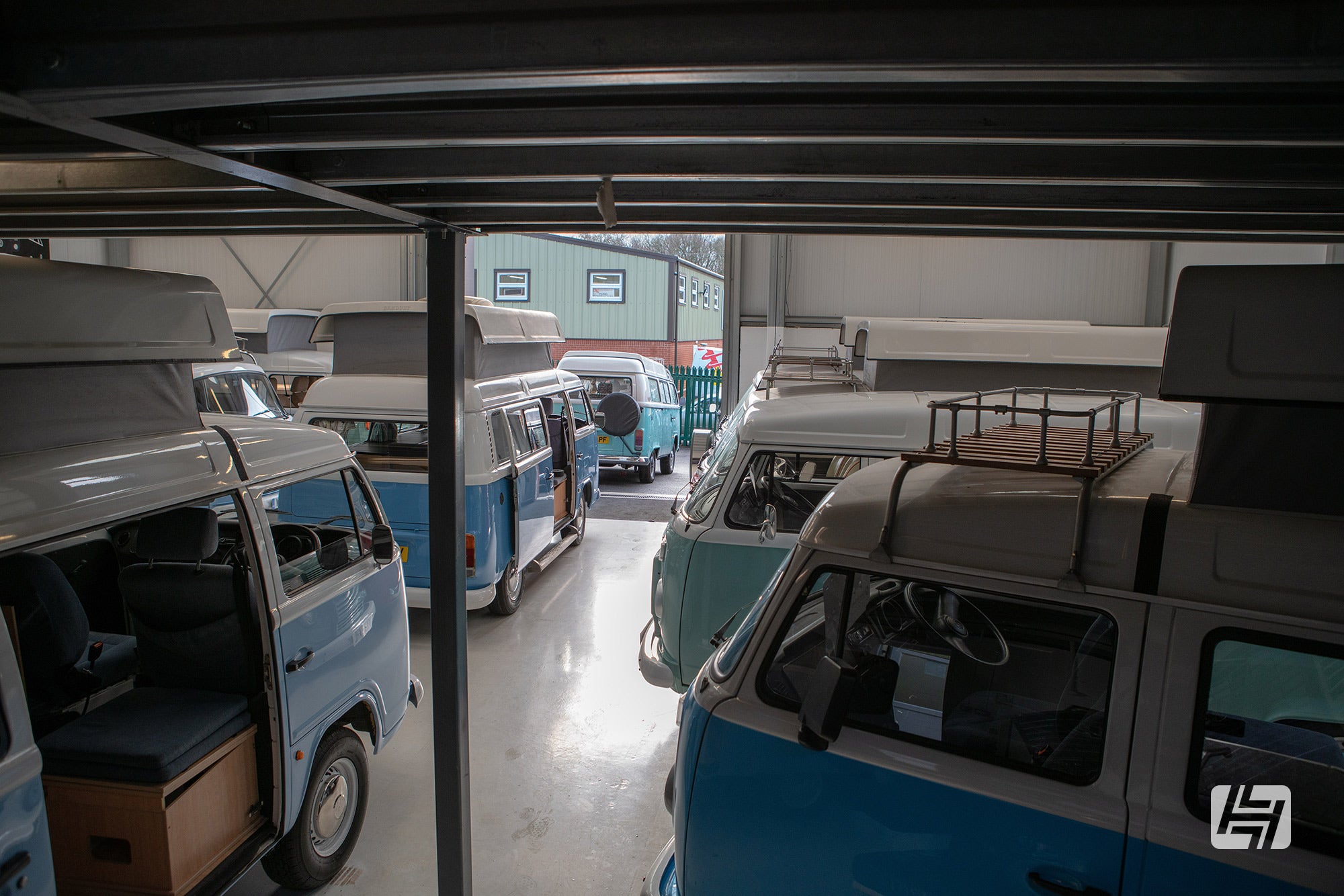 The quirks of a Brazilian

Ian deals predominately with the water cooled version of the Kombi, powered by the 1400cc ‘Total Flex’ engine, a motor that is not dissimilar to that of a European market Polo. Over time he has learnt what these buses need to survive on our shores; gearbox upgrades, coolant pipe changes and of course a healthy dose of underseal and chassis wax! 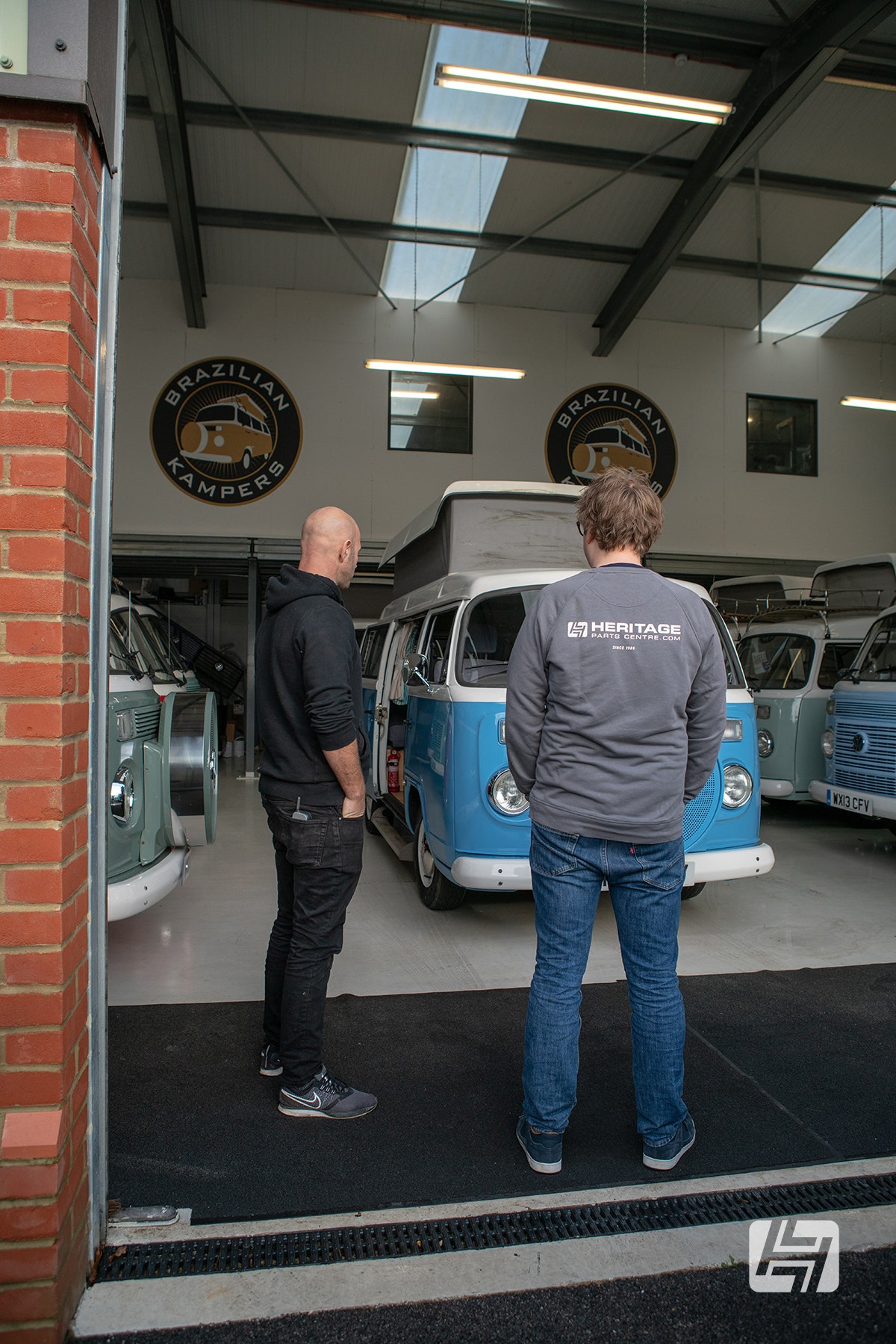 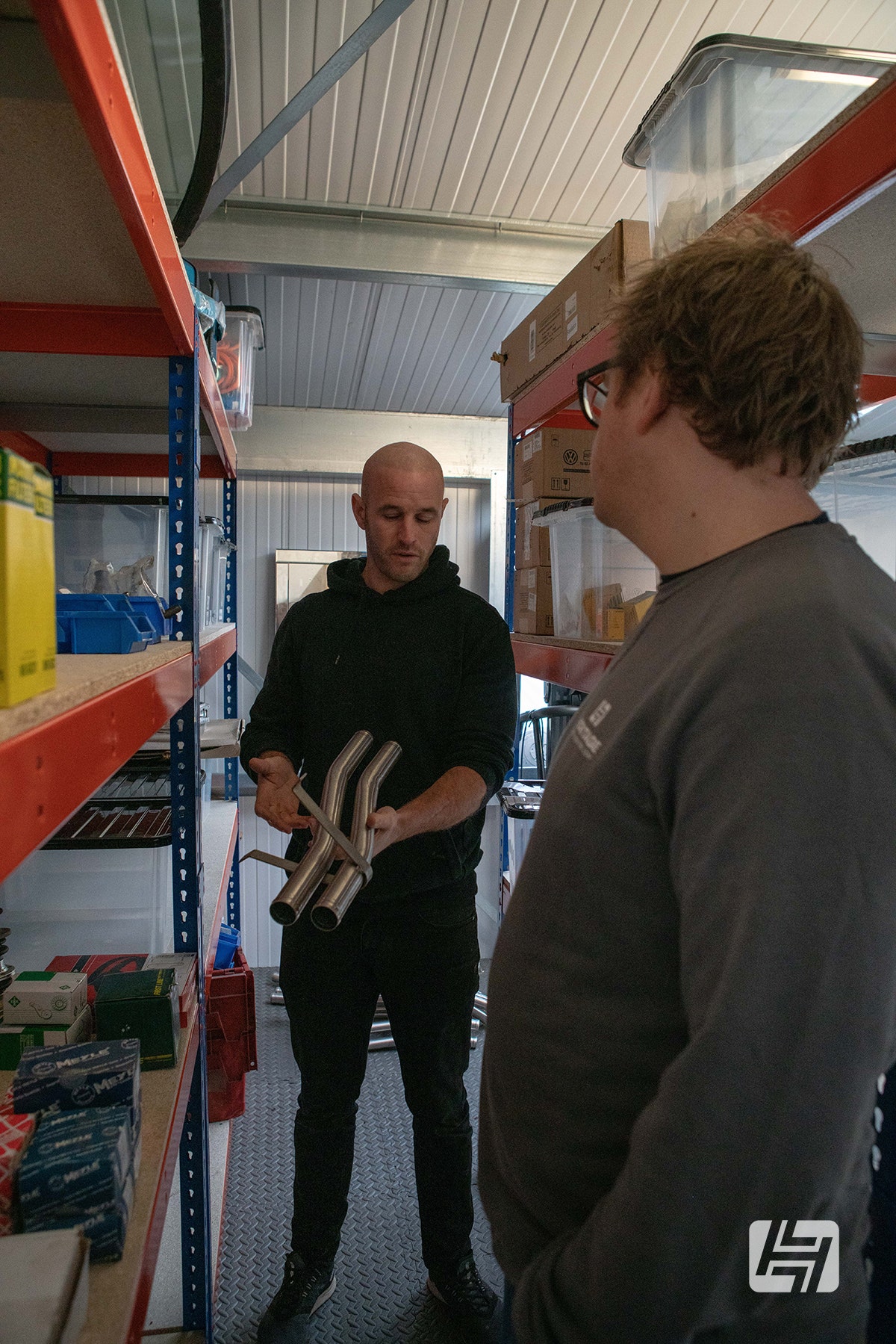 Fix it, paint it, trim it sell it

Ian was in the process of finishing off two brand new workshop buildings on his already sizeable plot near Henfield, West Sussex when we visited. One unit now has all mechanical facilities in place, the other equipped with a pull out spray booth to take care of repairs and resprays without the need to take the vehicle off site and rely on third party suppliers. 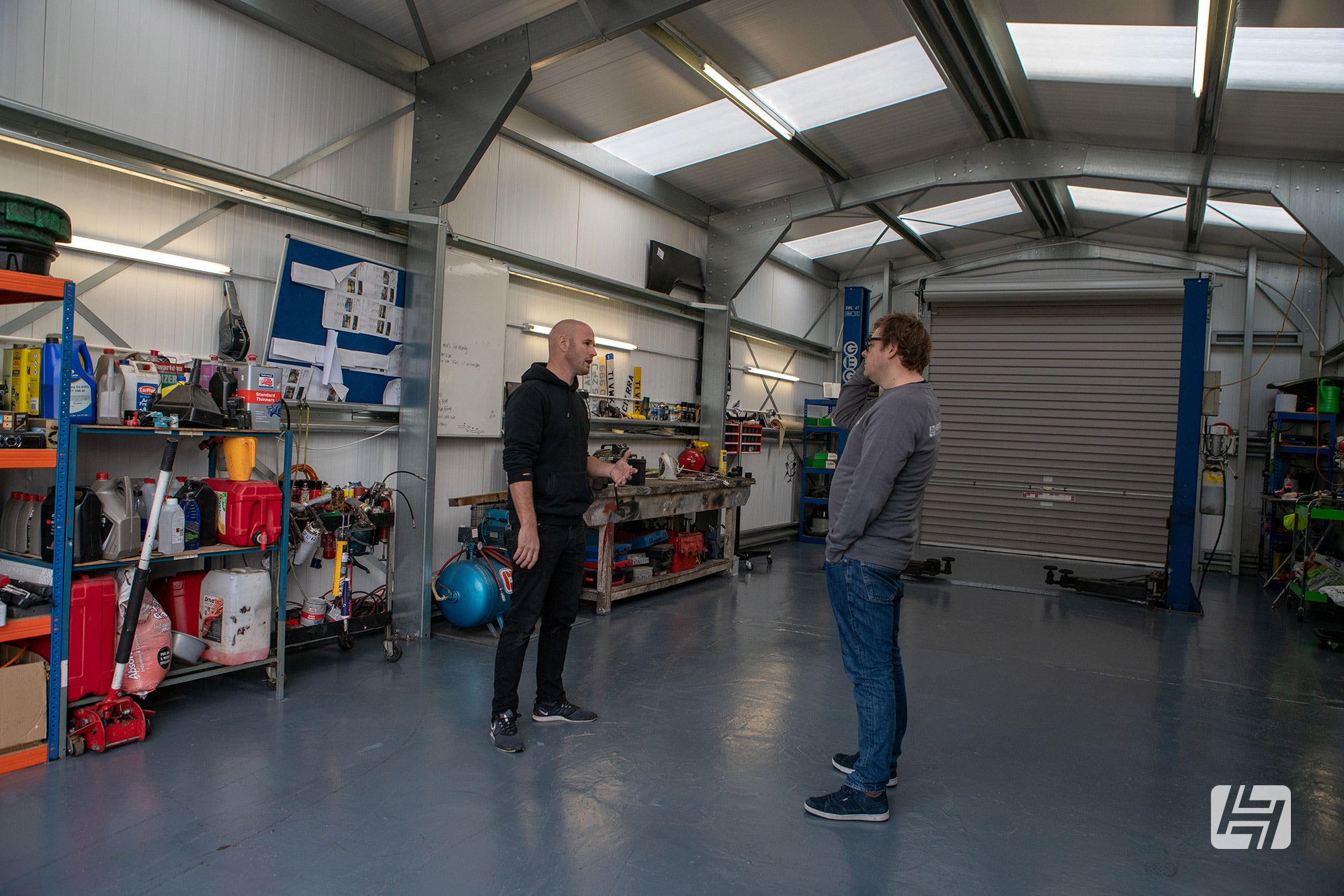 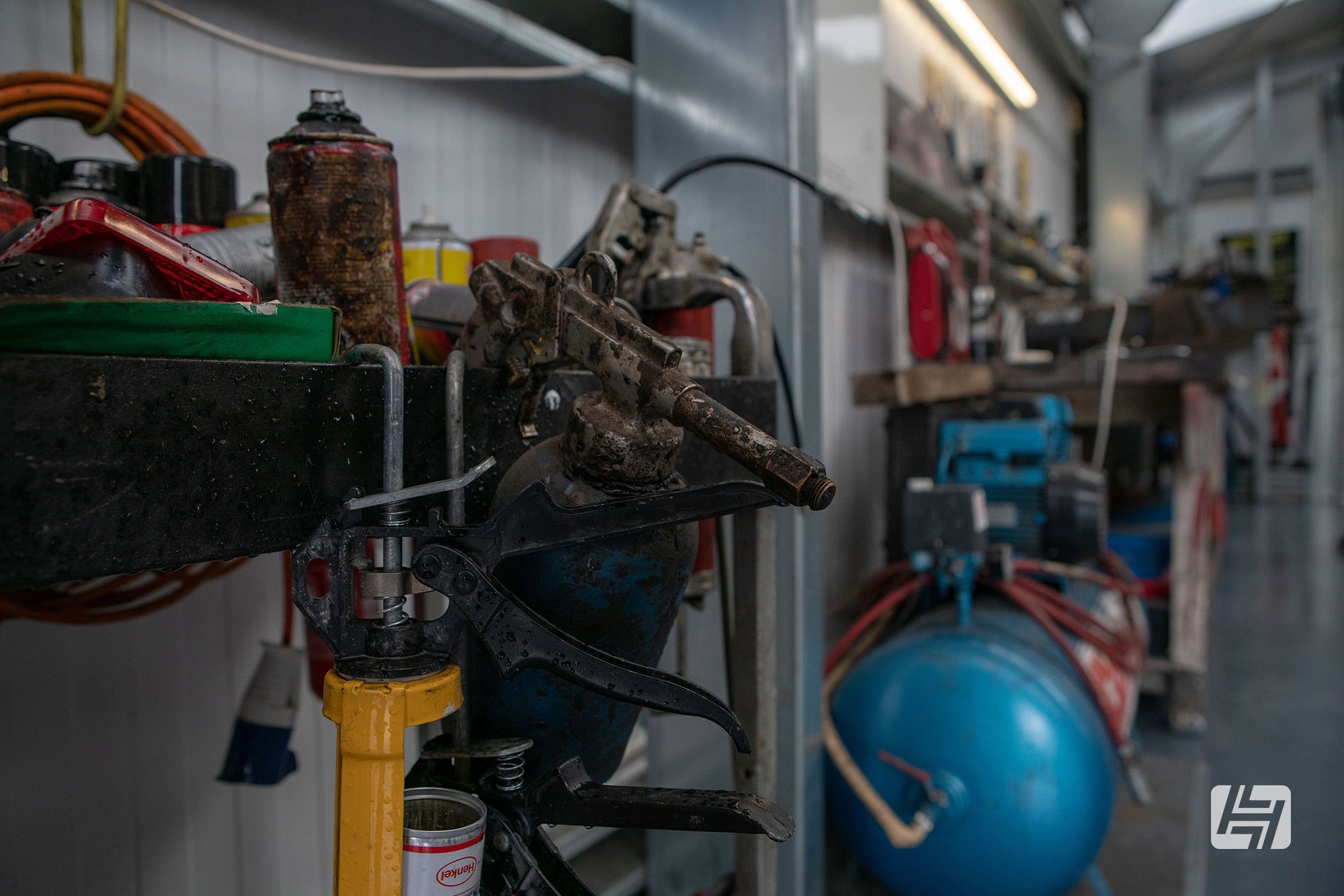 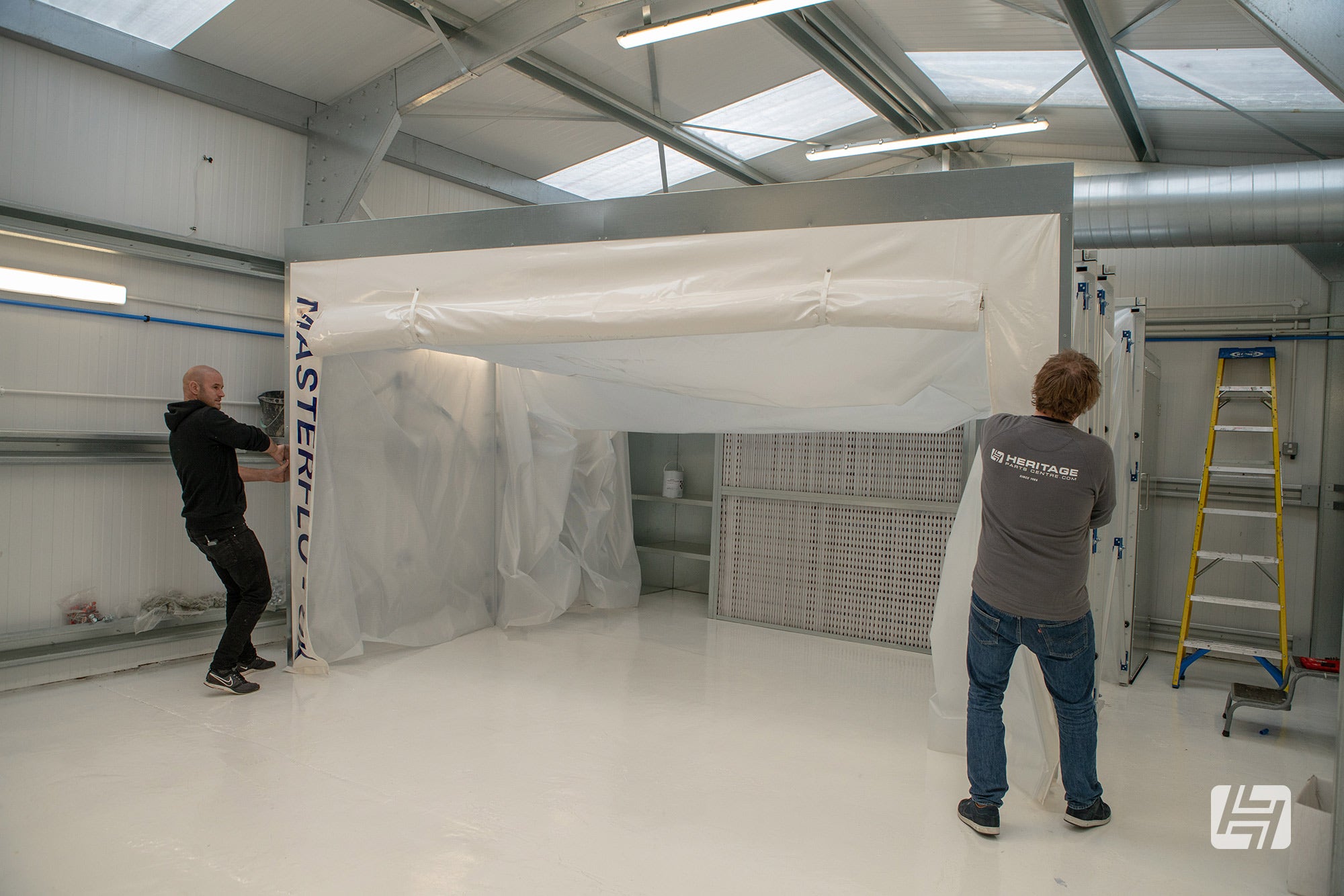 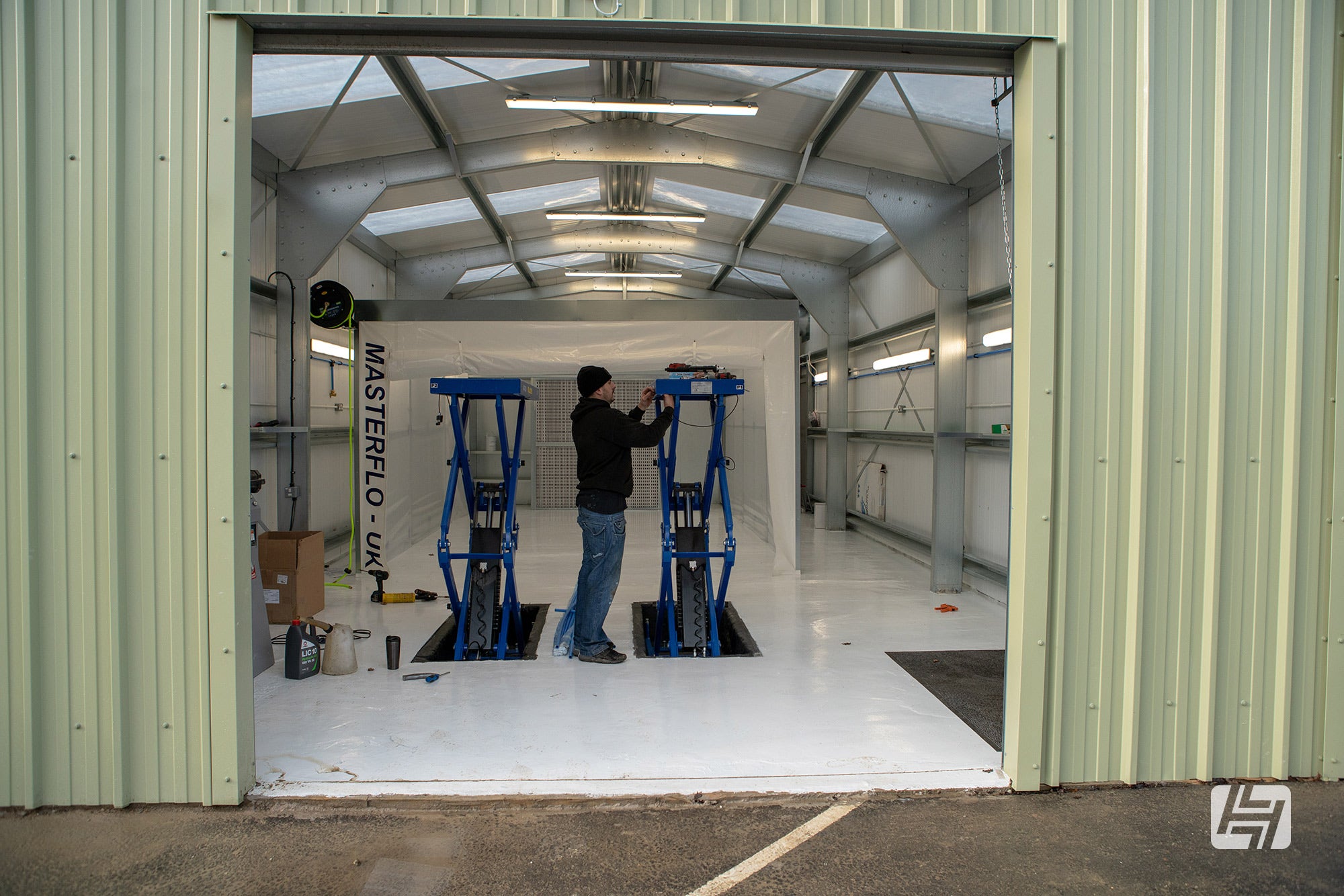 There’s another familiar face at Ian’s Henfield workshops and that is Tommy Vee (Ex Heritage team member and owner of a turbo’d Marathon Beetle) who is M.D of spin off company VW-T. “After offering the classic campers, we became increasingly aware of the demand for the newer buses” Ian tells me “and VW-T was set up with Tom at the helm to cater for this, covering sales, workshop and also hire.” 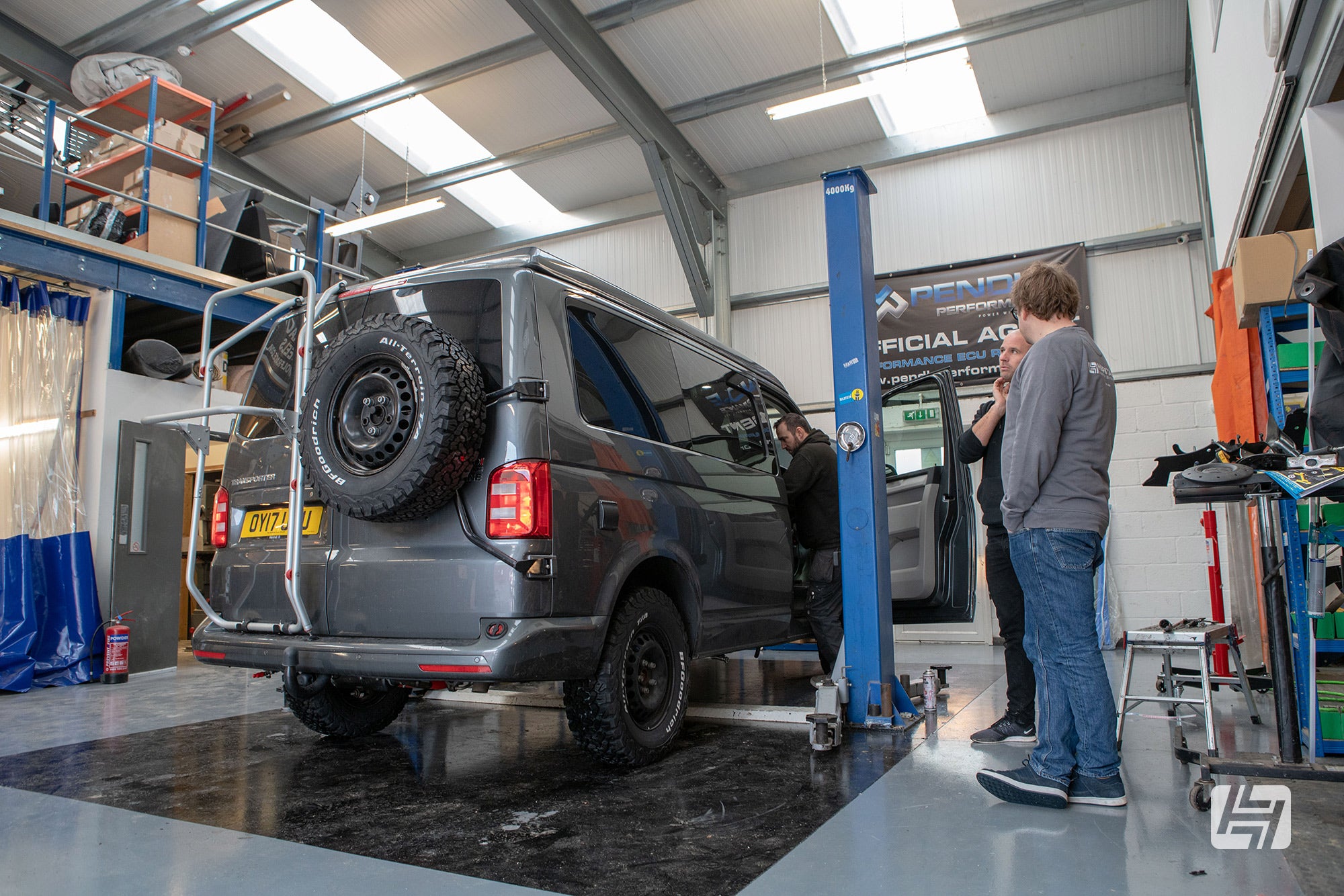 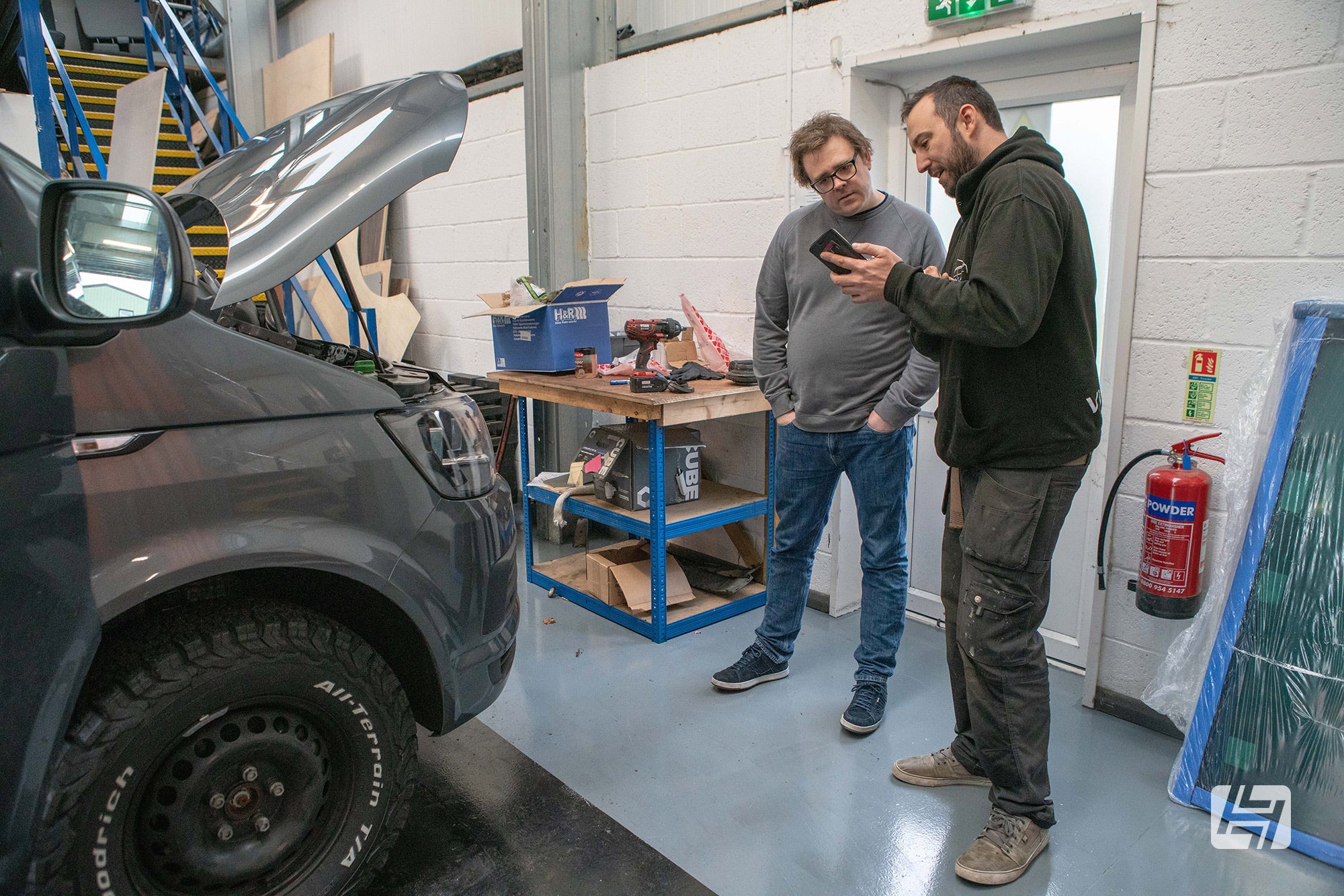 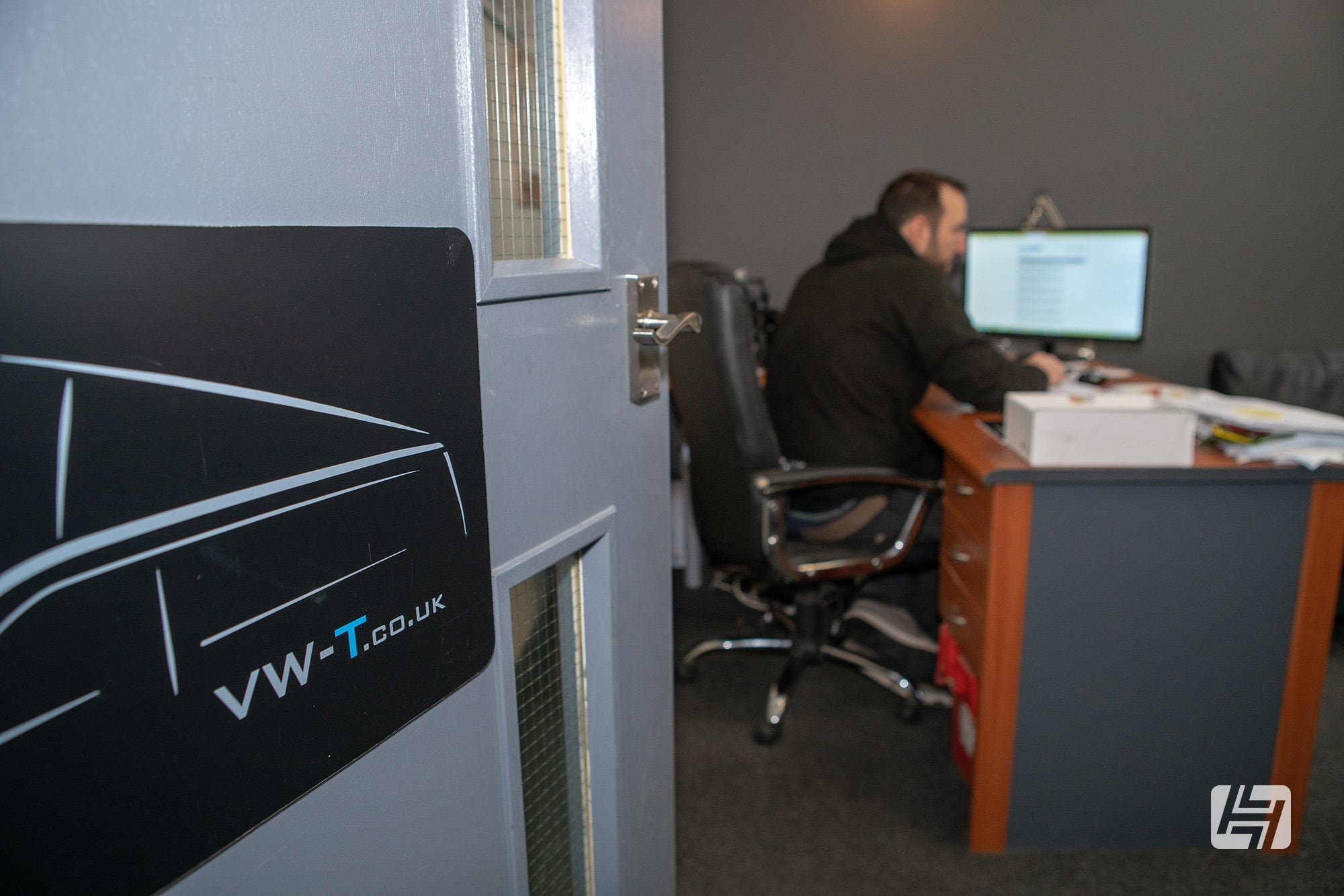 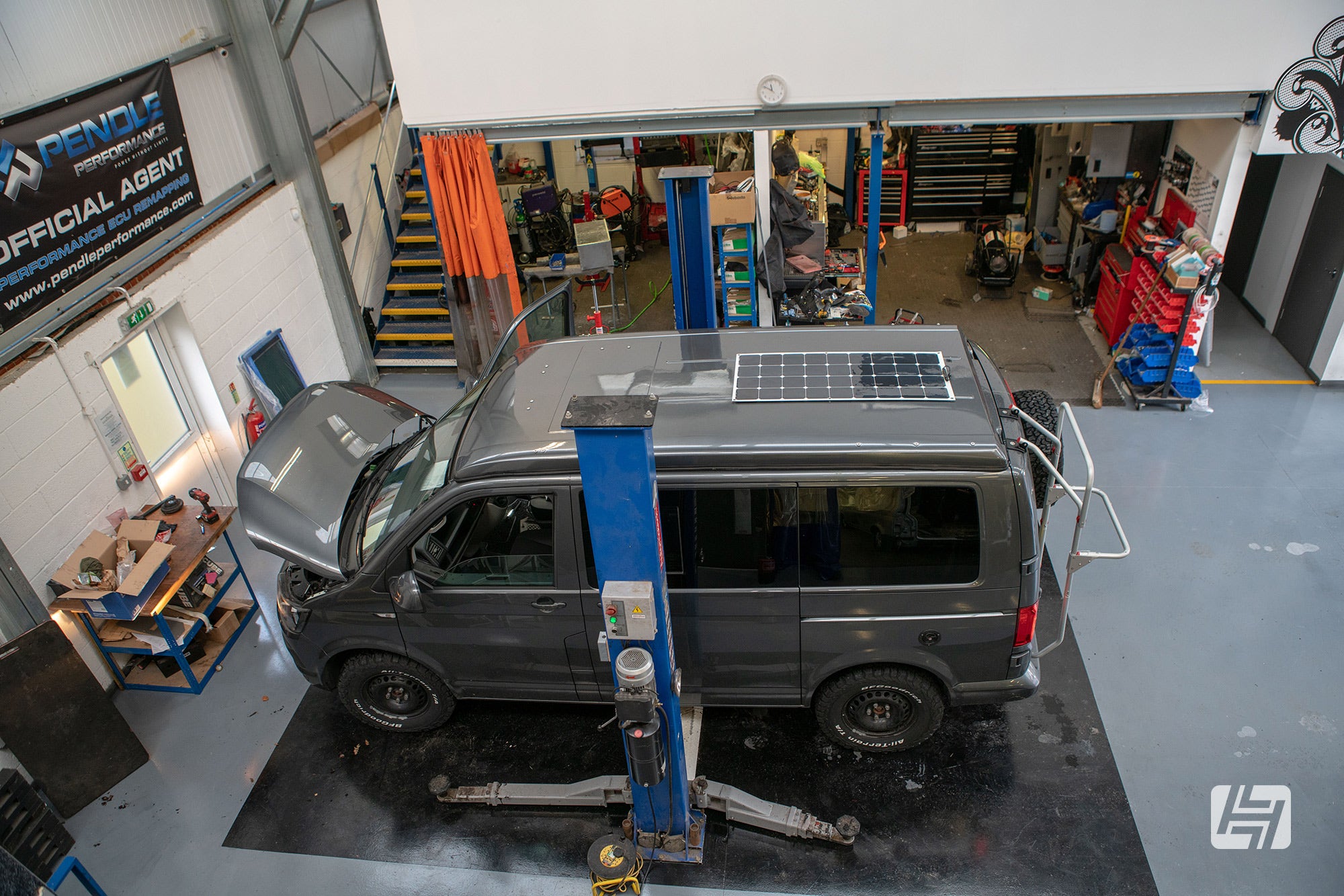 Tom shows us around

With a crew of guys working for him, Tom and his team complete everything from remapping through to bespoke interiors, pop tops and even air ride installations. In the workshop today is a vehicle that has been elsewhere, and Tom and the gang have the ‘pleasure’ of putting it right again. “The trouble is, anyone can make a conversion and sell it” Tom tells me “quite worrying when you consider the money that is being spent by some families on a new weekend getaway.” 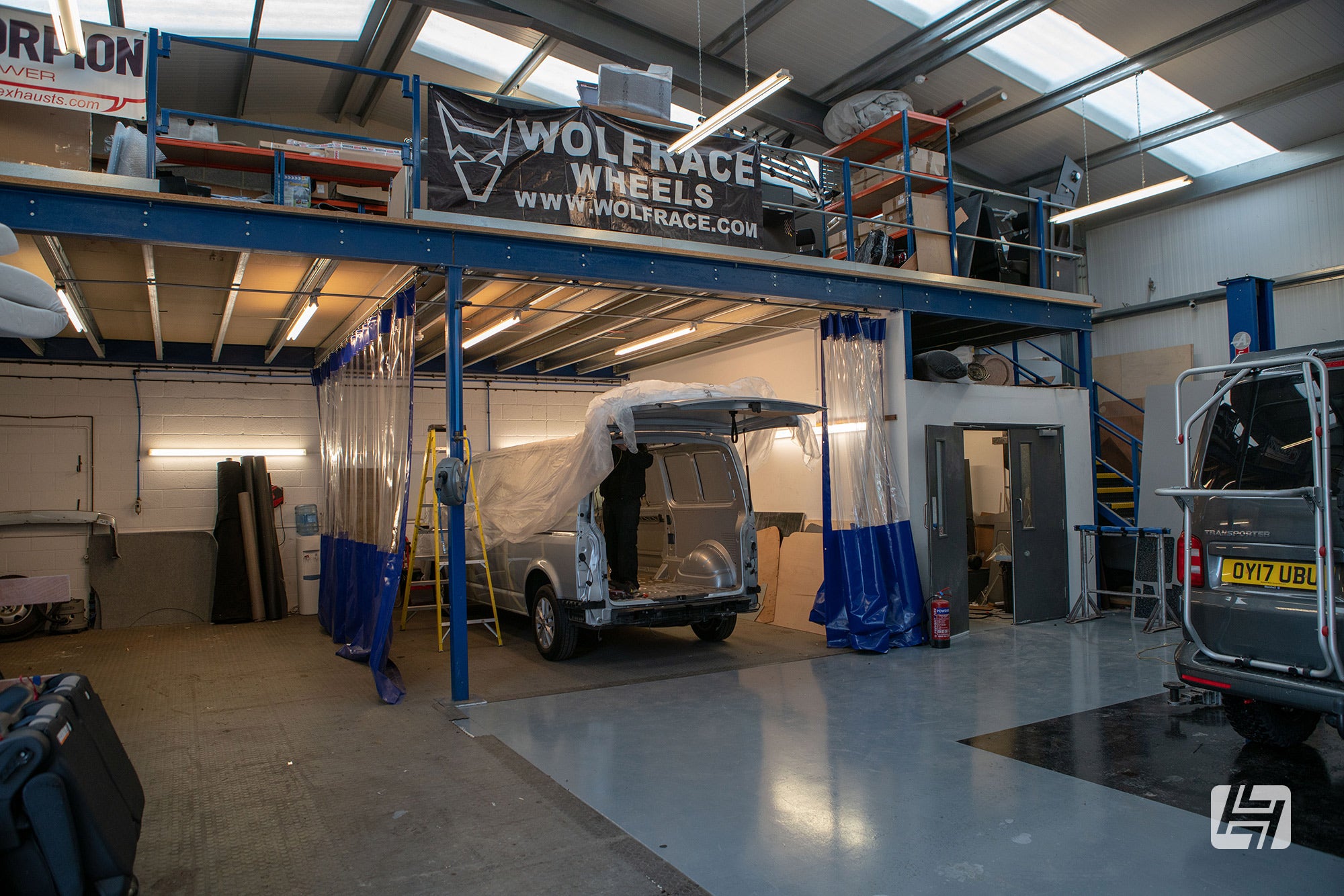 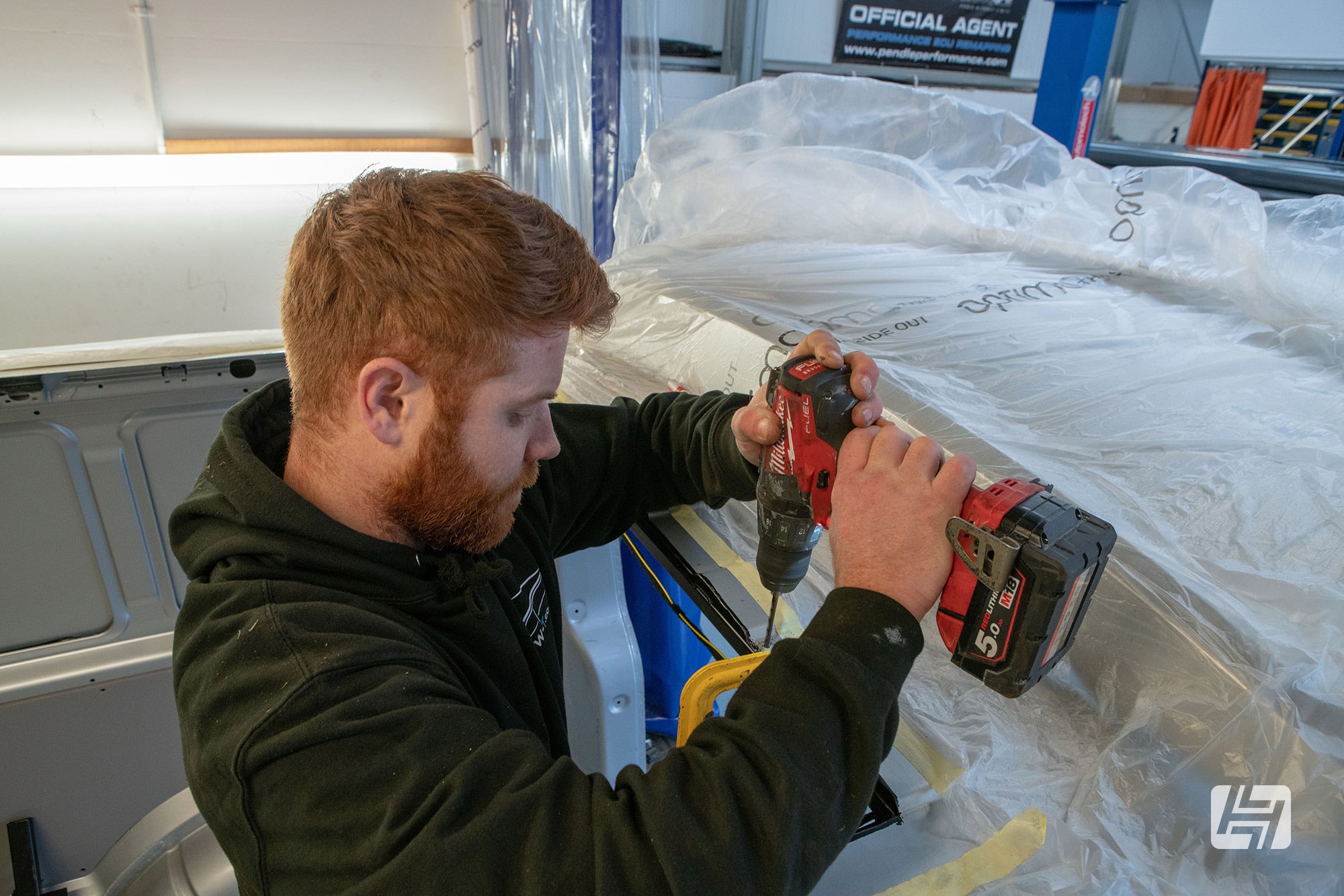 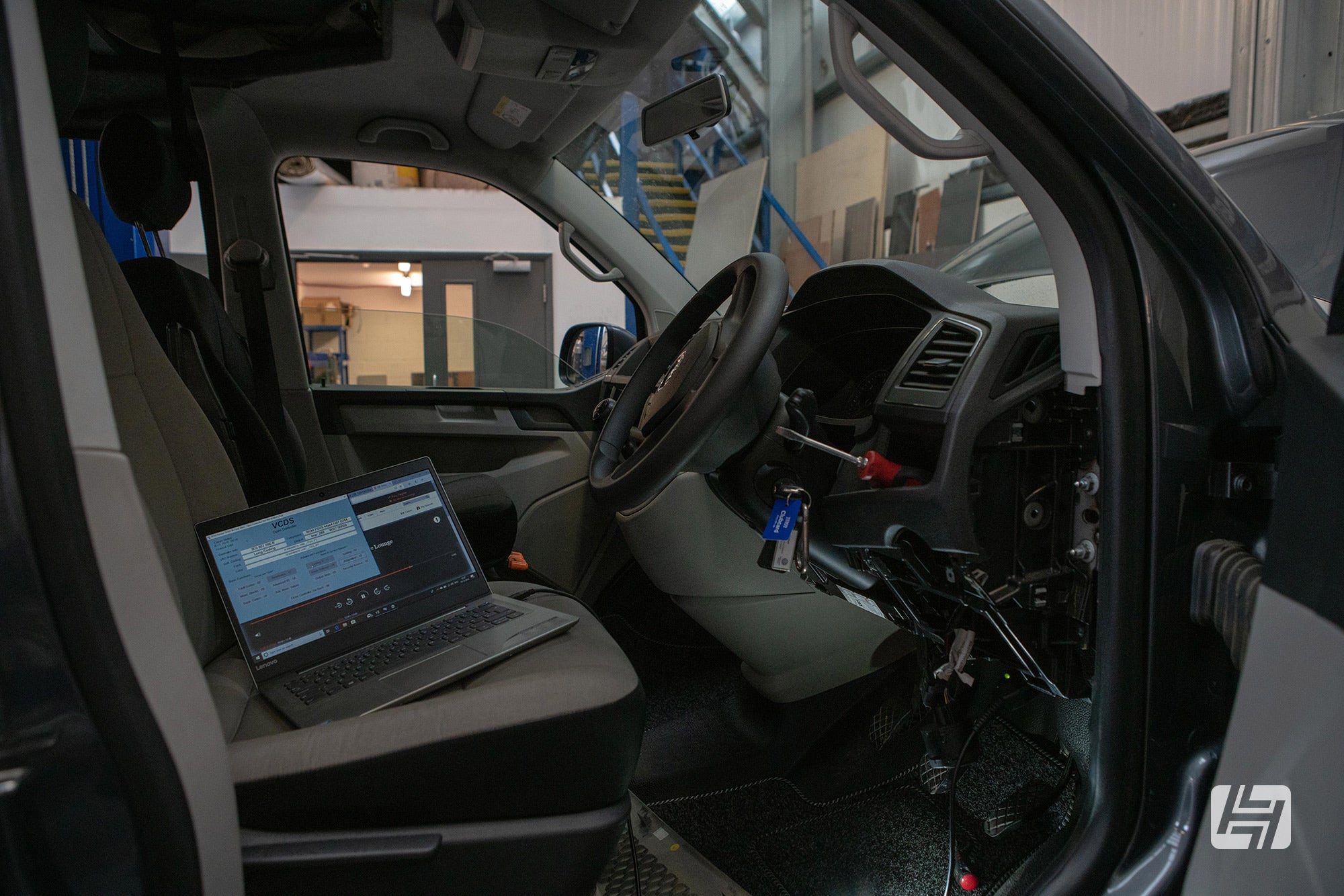 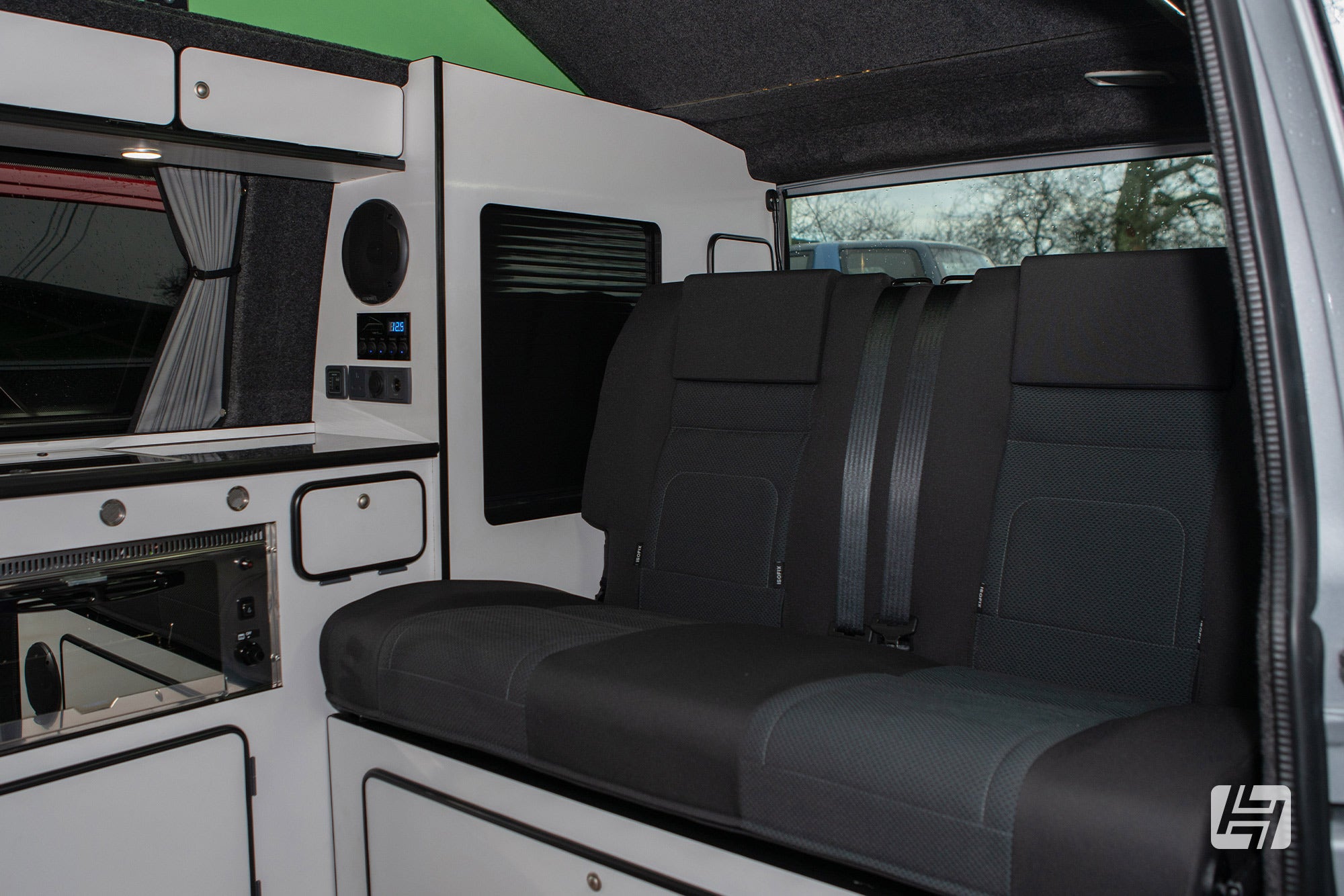 We get shown to a door in the corner of the workshop which leads to the CNC cutting machine. This sizeable, but clever tool can be programmed to cut all the material to make cupboards and units for both SWB and LWB vans. “The real benefit of this machine is that a customer can have any interior they want, and once we have done it for them, we can reproduce it easily for customers in the future, with just the click of a button” Tom explains. 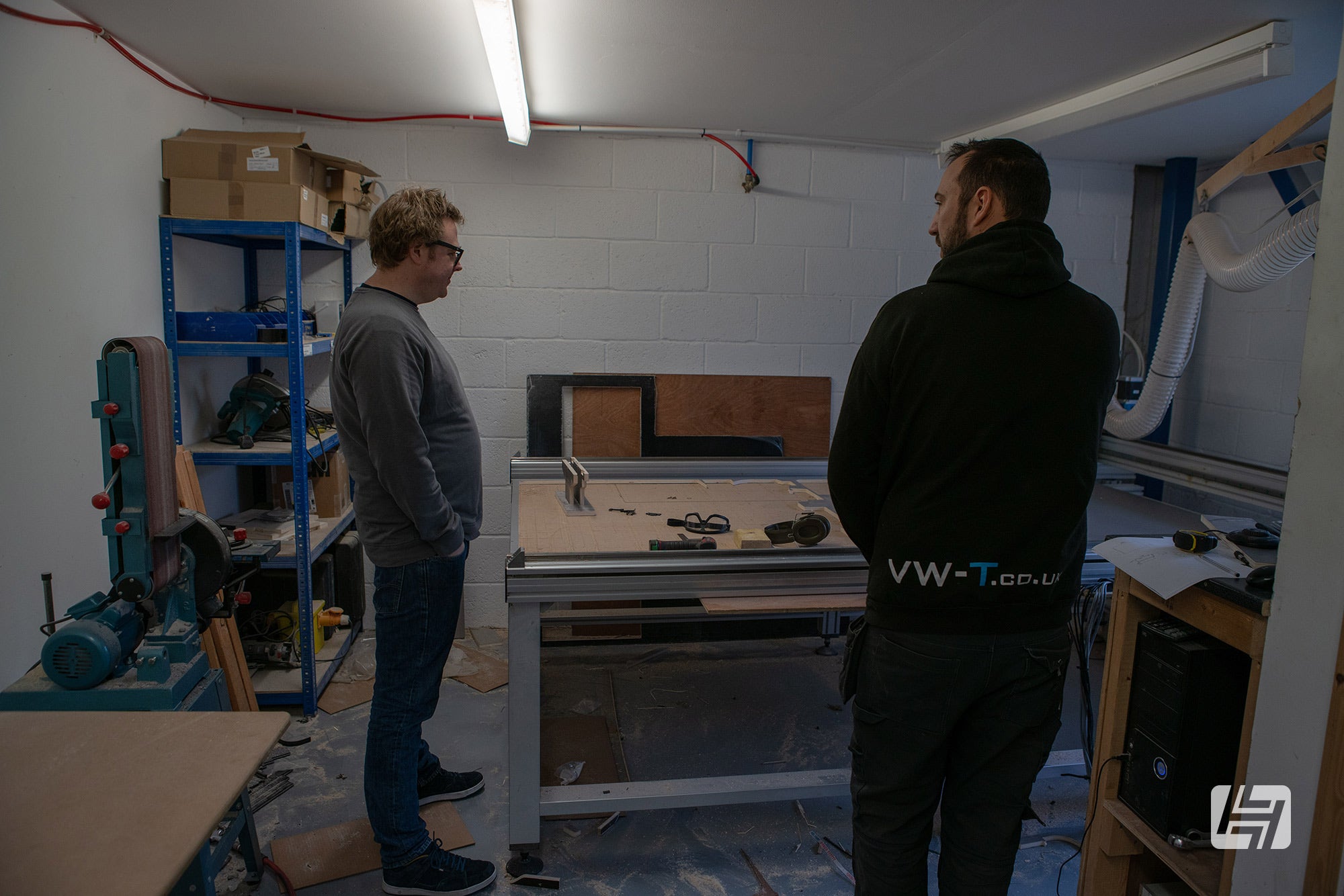 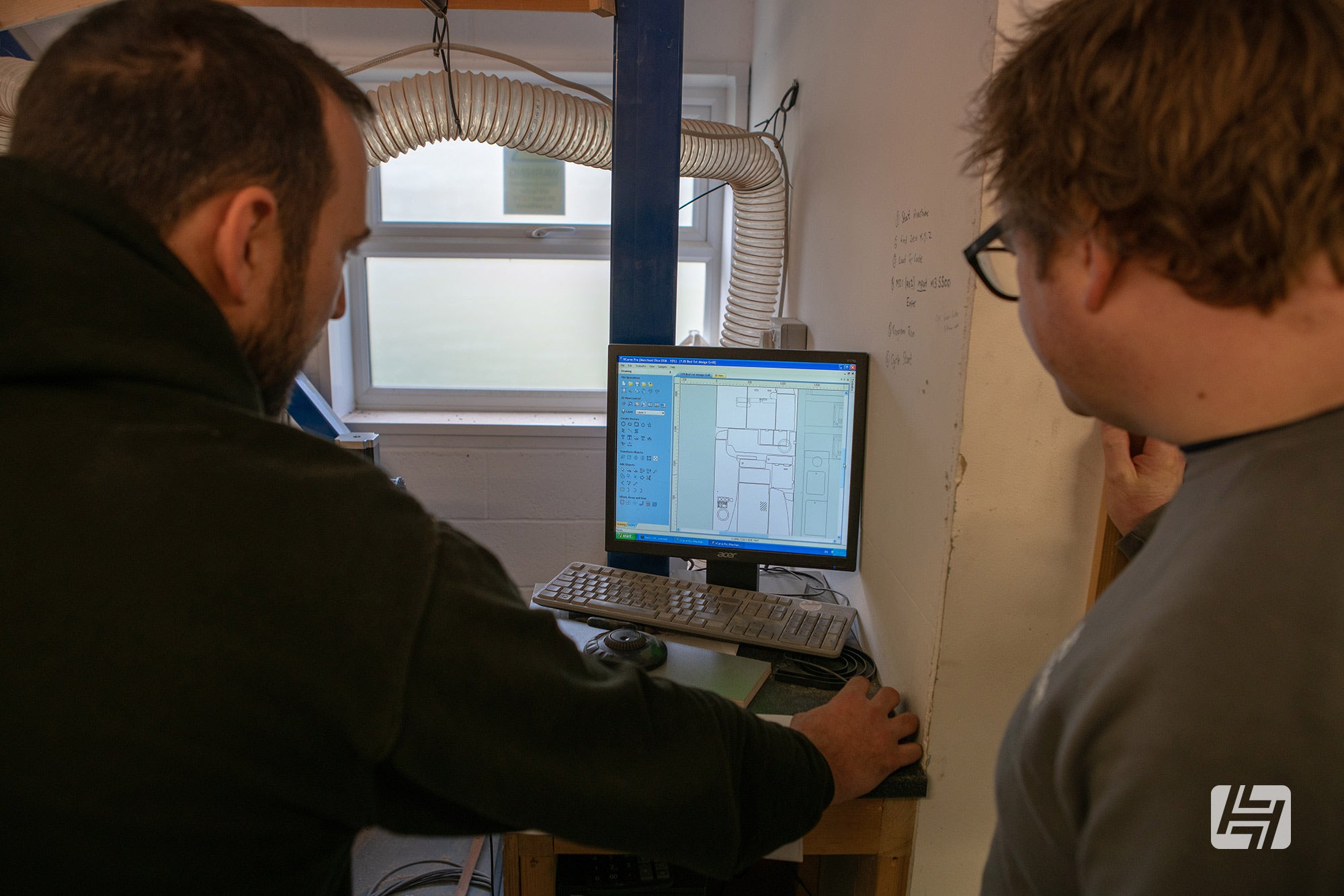 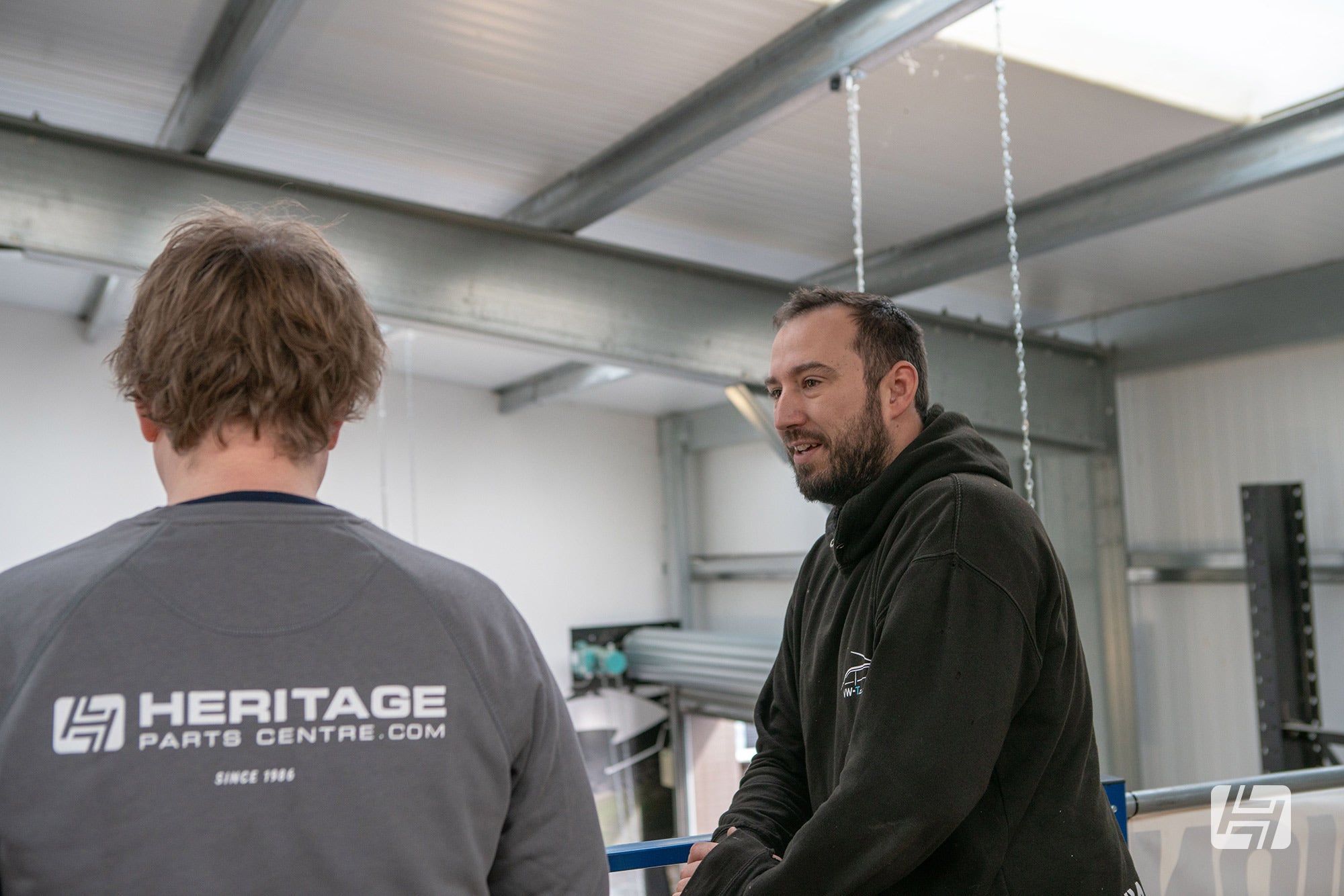 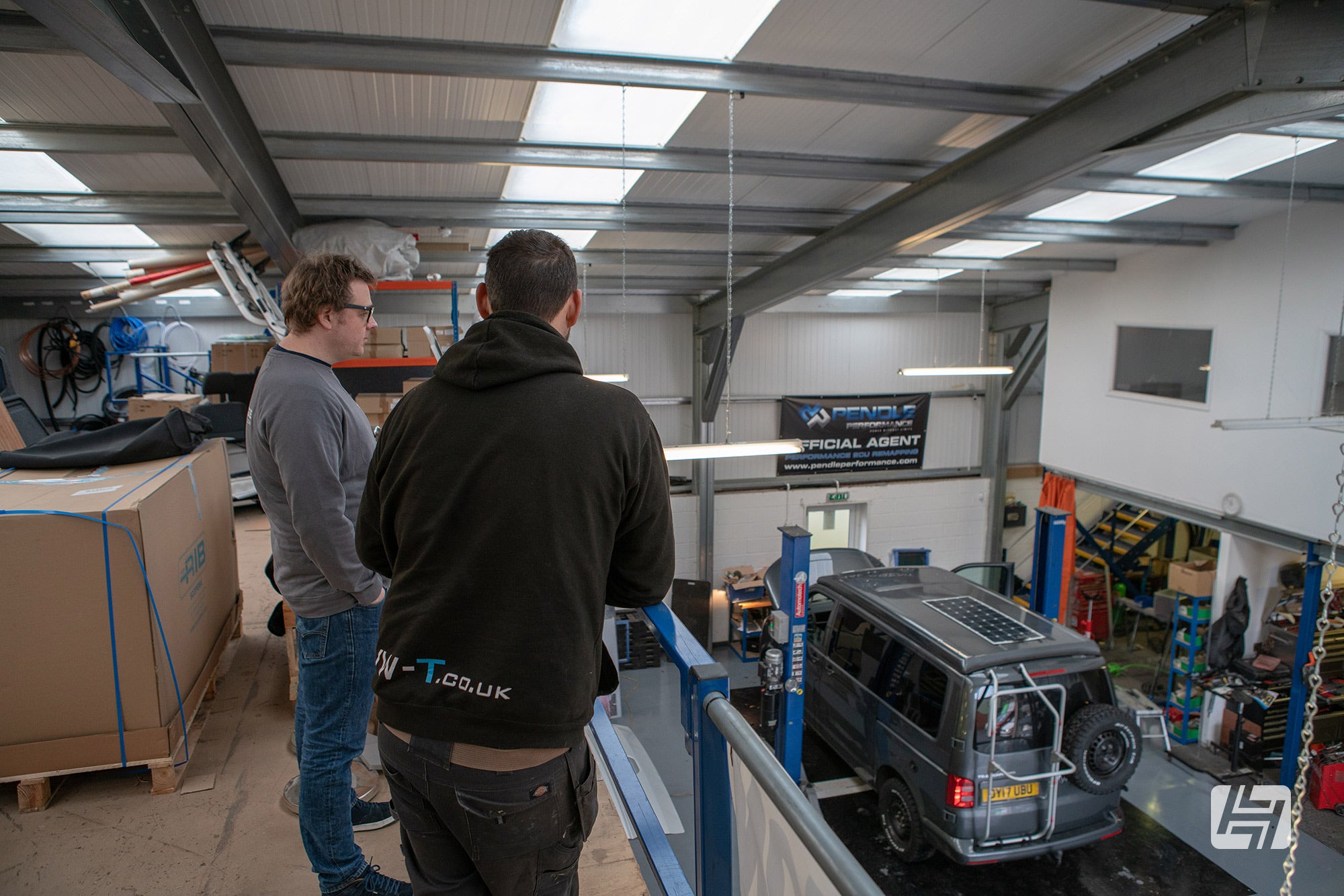 What’s the next step…

Ian is a serial entrepreneur and he’s got some interesting side projects on the go at the moment. “We built our first all-Electric Type 2 last year, and have now got a Brazilian Camper van that is solely powered by Tesla batteries." I’ve been in one of these and it is bizarre travelling in silence, but remarkably swift - here's their Camper on display at Plum Jam earlier in the year. 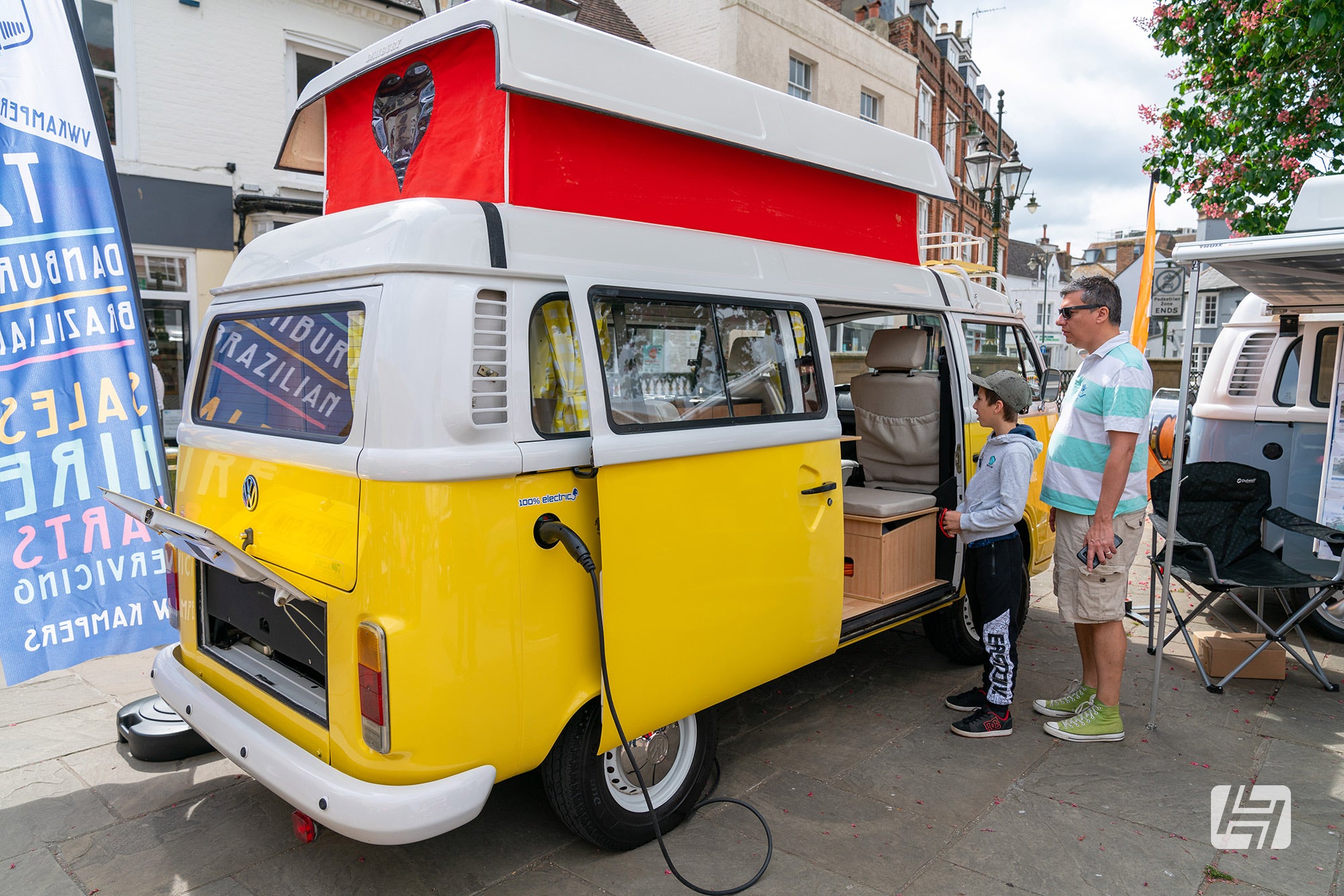 Alongside the Campervans, Ian enjoys buying and selling classic cars and is building up a rather tasty Porsche collection – stay tuned for more on this very soon. A big thanks to Ian and Tom for taking the time to chat with us and show us around their workshop. If you are a business working in the VW and/or Porsche scene and would like to share your story, please do get in touch! Andy
2 years ago
Comments
Rui Sampaio
Adorei o projecto do Ian parabéns. Ficarei á espera de novidades. Até me inspirou, pois costumo arranjar os meus veiculos, e encomendaria um veiculo ao Ian , recomendaria aos amigos. Excelente. (Translate: Loved Ian's project congratulations. I'll be waiting for news. It even inspired me, because I usually get my vehicles, and would order a vehicle from Ian, recommend it to friends. Great.)
Reply
Heritage Parts Centre Volkswagen T5 Buying Guide
[…] a quick word on safety and something our friends at VWT mentioned when we visited them. There hasn’t been any kind of regulation in place as to who […]
Reply
Tommy Vee: Marathon not a Sprint - Heritage Magazine - English
[…] Air suspension is a regular activity with Tom’s day job at VWT. So it was only a matter of time before he applied these skills to the suspension of his Beetle […]
Reply
Leave your comment
Top