We first published this story in May 2017 and it lay the foundations for what has now become the Heritage Magazine. The COVID-19 situation has given us time to do some online housework and we wanted to refresh this content, to make sure the story and the images can still be enjoyed more than 3 years later. So here are a beautiful Mk1 Golf duo in the New Forest, brought to life by photos from our friend Nick from NWVT.

We’ve not gone to this extent before to show o

ff a customer’s vehicle, but spurred on by fresh ideas in our team and the arrival of some Golf Mk1 teaser shots in our inbox, we set about making something special. Quite rightly feeling proud of the result, Heritage customer Mike contacted us back in January having just finished restoring his Mk1 Golf GTI. He’d been working with our Sales Team throughout the project and had used a whole host of our Golf Mk1 parts to achieve his goal. 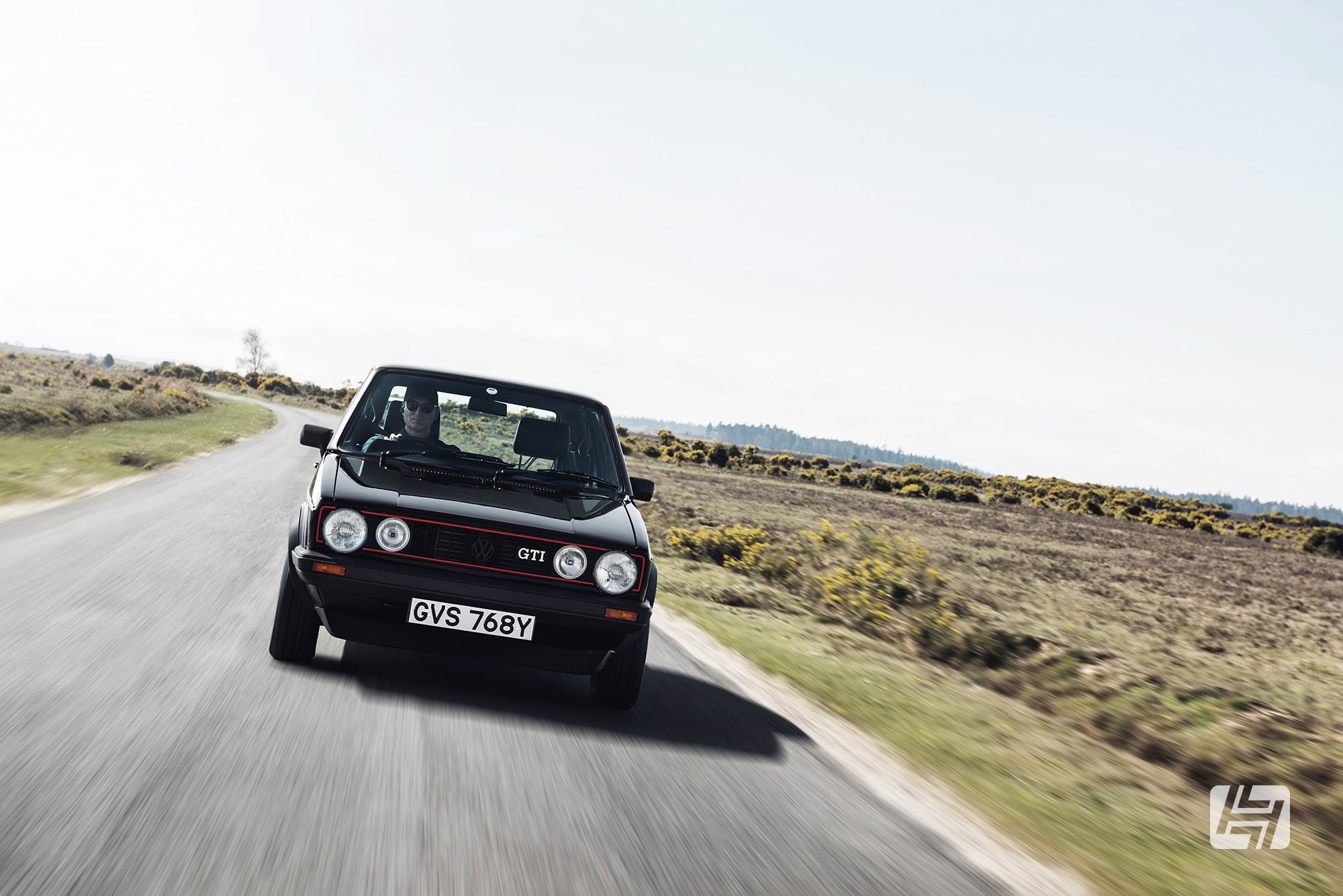 Sharing in your success

As with many emails from our customers, they were sent around the offices for everyone else to enjoy too. Attached to Mike's email were a number of ‘driveway’ photos, which told all that needed to be said. Gleaming Schwarz Black paintwork with contrasting silver trim, iconic Pirelli P-slots and a visible gap between the wheel arch and tyre. Standard ride height isn’t for everyone, but it’s just perfect here. I sent an email back to Mike, floated the idea of a photoshoot and in his reply, he revealed the story behind the build. “It all started with my accountant Jim,” said Mike. “Being car fans we went together to the Goodwood Festival of Speed and saw a white Mk1 Golf GTI along with the new Mk7 Clubsport on the Volkswagen exhibition stand – funny thing was more people were looking at the Mk1!” 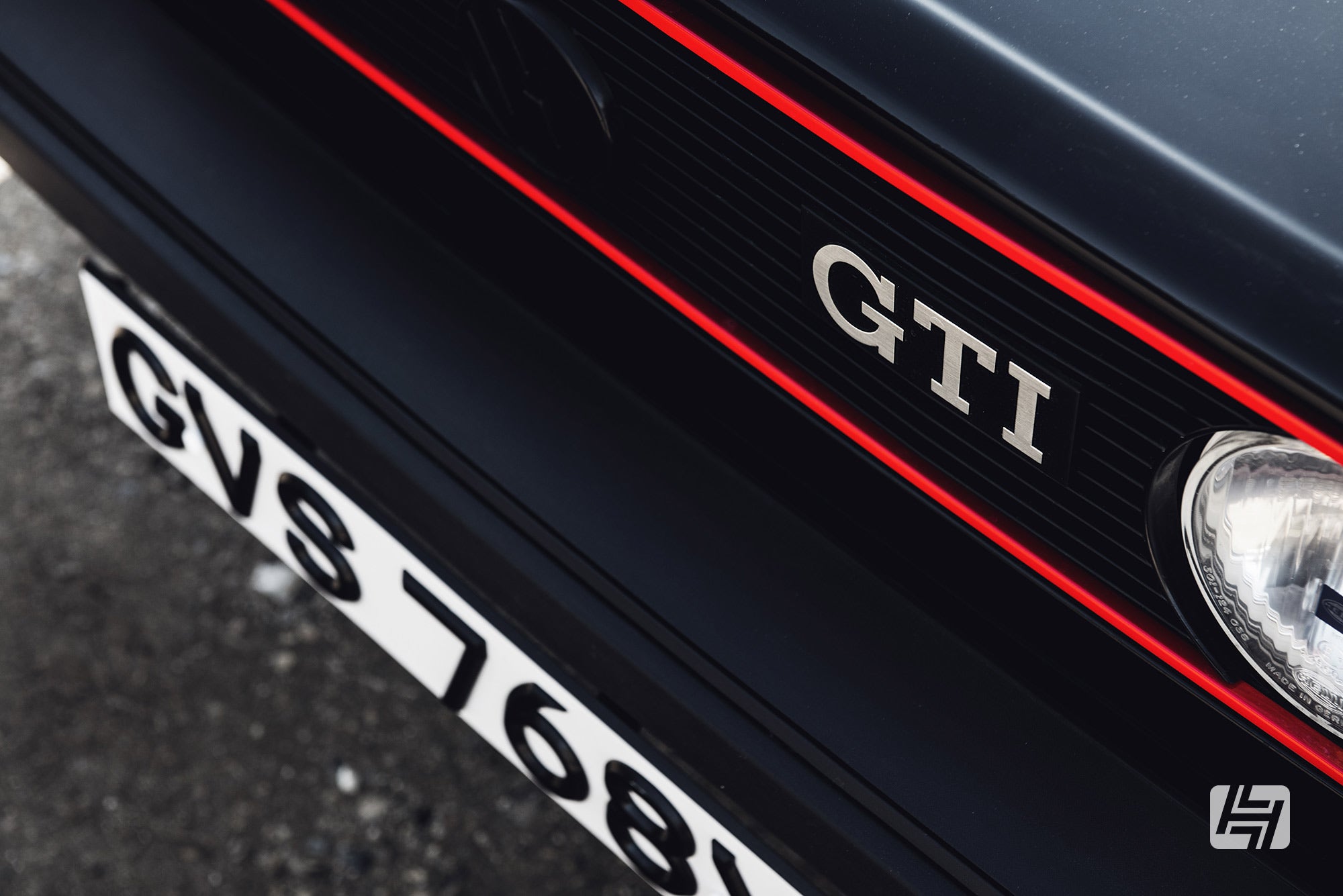 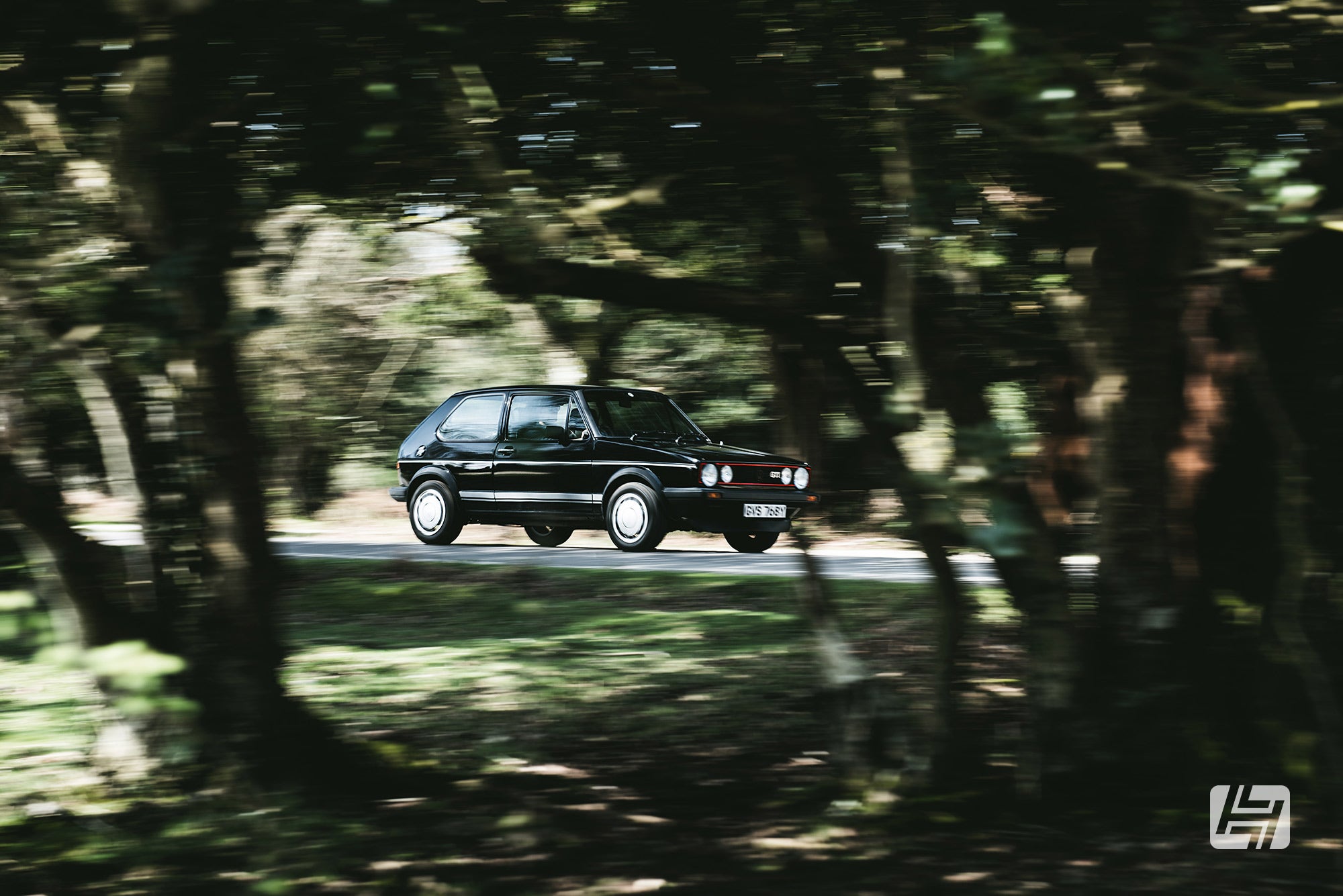 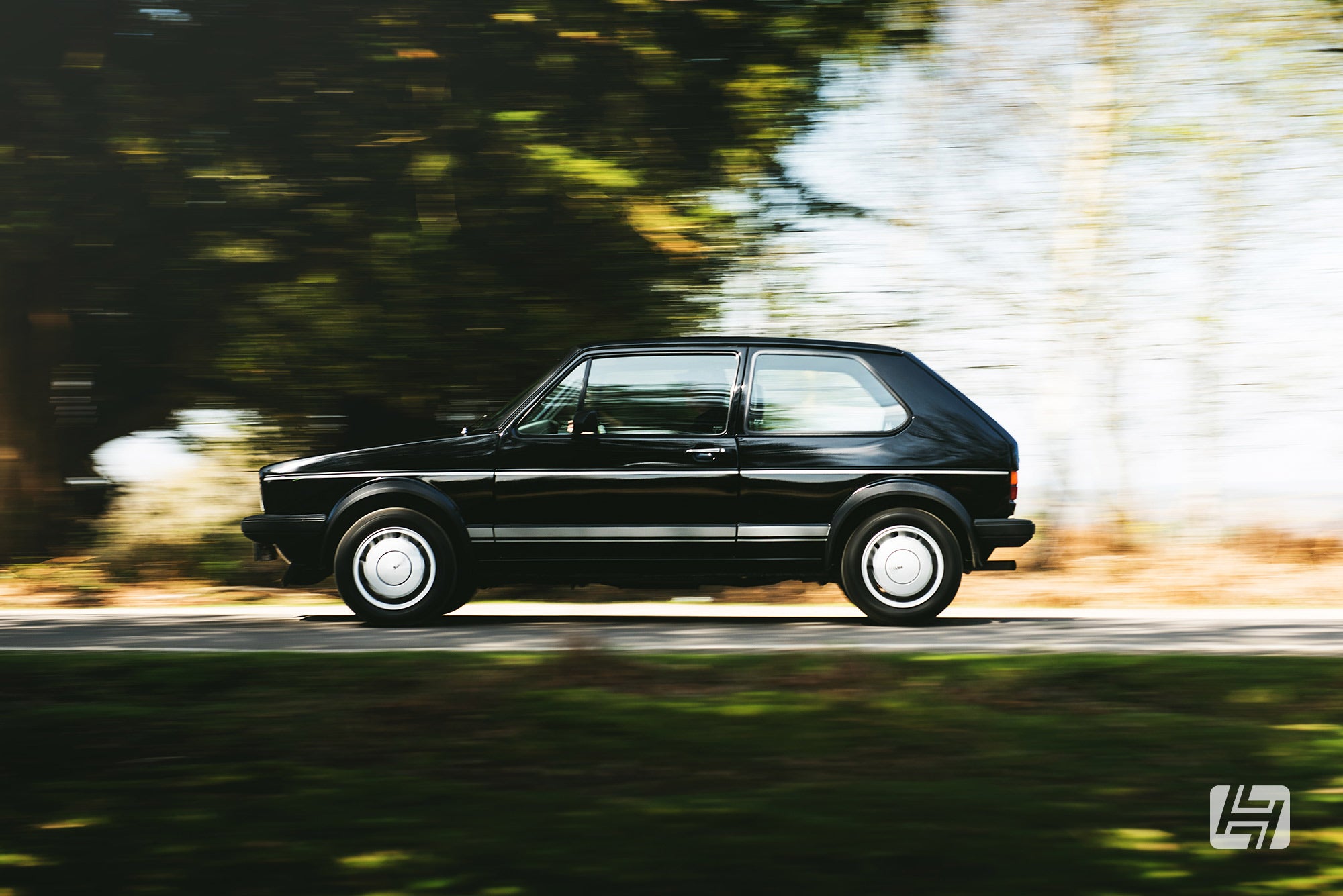 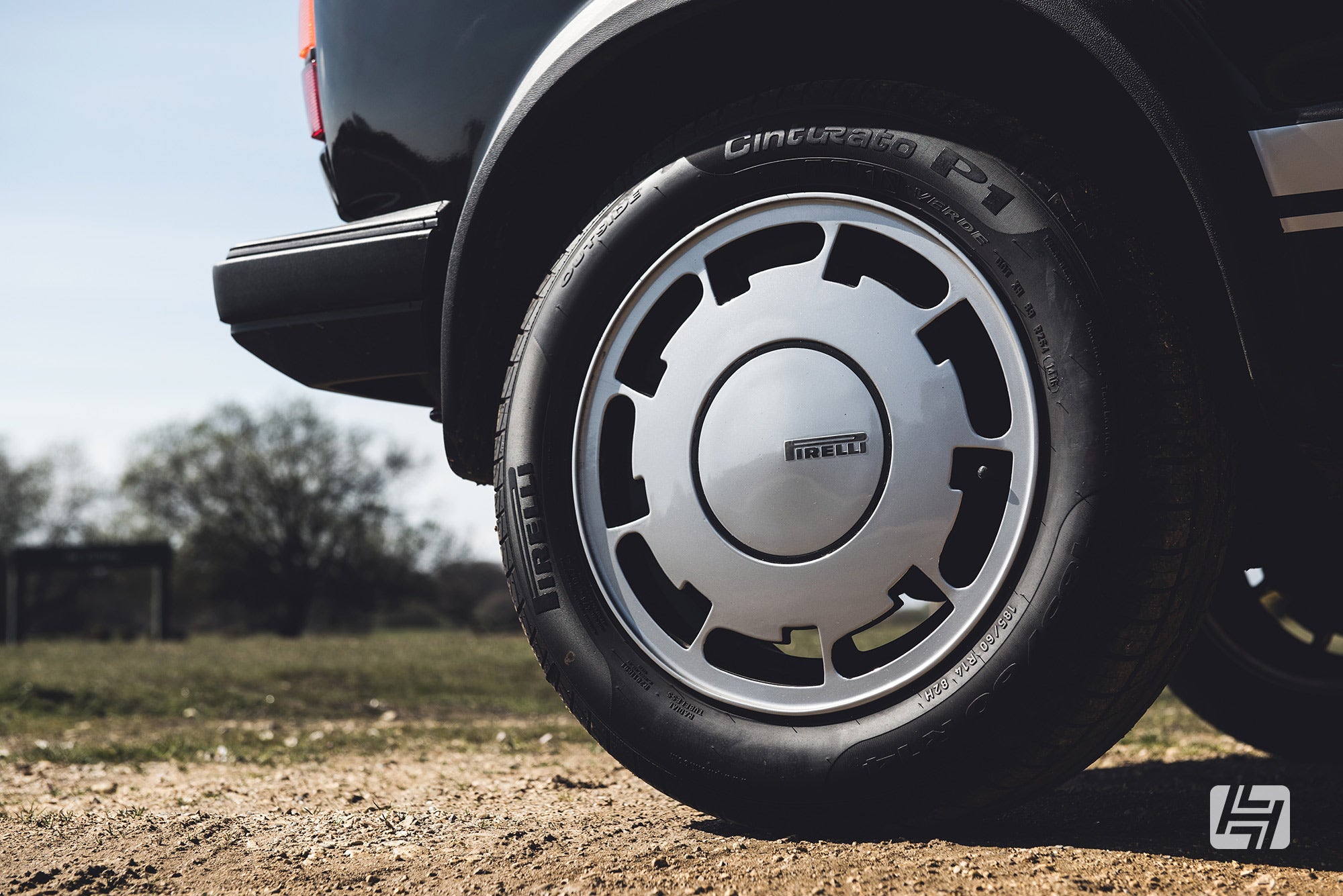 “I mentioned how great it would be to own one and Jim said, have it as a company car! I then argued the fact that he had always advised against a company car because of the amount of personal tax and benefit in kind it would be. He then proceeded to tell me that the tax calculator on older cars is on 20% of the original list price, which was around £6.5K in 1983 – so really minimal benefit in kind and tax bill." This was enough of an incentive for Mike and with the reassurance that it was all above board, he got looking for ‘the one’ which soon appeared on a Classic Car website. 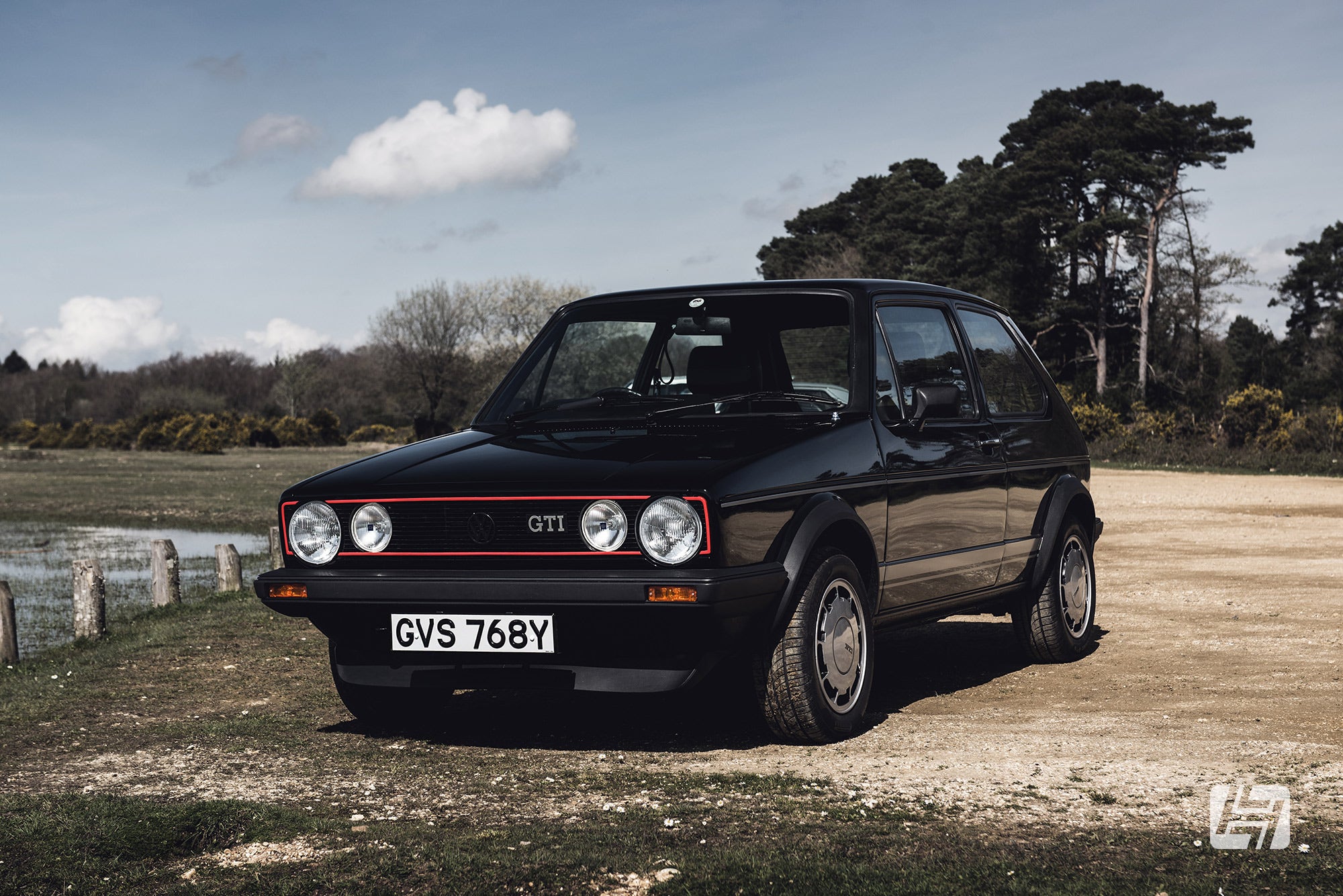 Having been stored in a garage in Buckinghamshire for 4 years, GVS 768Y used to belong to a VW enthusiast called Simon, but he had decided to concentrate on an Aircooled project and as such put it up for sale. Mike, who owns and runs a MedTech Market Access Consultancy, stepped in as the new owner in exchange for £4500. The car was presentable enough, and prior to Simon buying it in 2012 it had spent 27 of its 33 years with a husband and wife. Once in his name, Mike managed to track down and speak with one of the original owners; Jenny from Evesham, who had the car handed down to her from her husband. He had run it as a company car in 1985 and then bought it from his company for her to use until the sale of it to Simon in 2012. 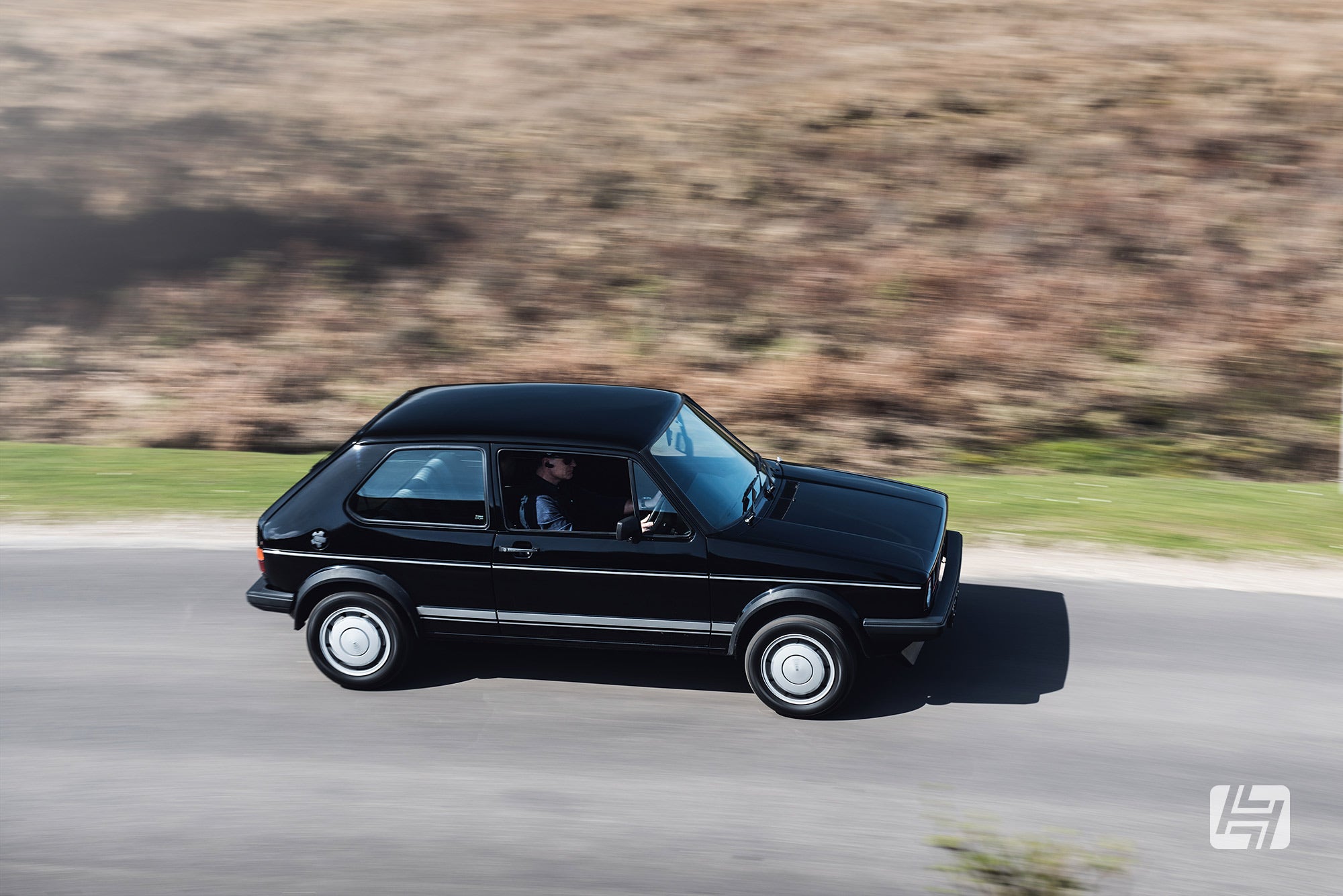 Back in ’85 Jenny was a newly qualified teacher who, to be honest wasn’t too keen on GVS 768Y until one morning she raced a white Escort XR3 on her way to work. She later found out that the person she overtook was her boss, the Headmistress! Jenny loved the GTI from that day onwards and would have passed it onto her daughter had the Mk1 Golf brakes been a bit stronger! Jenny told Mike the car had always got an oil change every 6,000 miles and never let her down in all those years. Upon Mike’s accountants advice, and as all the repairs and maintenance would be tax deductible, he decided that he’d go to town and get the car restored properly. Sending it off initially to Independent VW in Chandler’s Ford for the mechanical work. It then travelled to Vehicle solutions in Romsey, where it was treated to a full 4 month strip down and rebuild, including genuine VW panels, wheel arches, tailgate, bumpers, lights, glass and grille. The original interior was re-trimmed with our black and silver Mk1 Golf seat material and a brand new Mk1 Golf headlining was fitted too. Currently, only the engine remains untouched, although, if Mike keeps it long term, this is bound to receive all the benefits that a classic company car deserves. 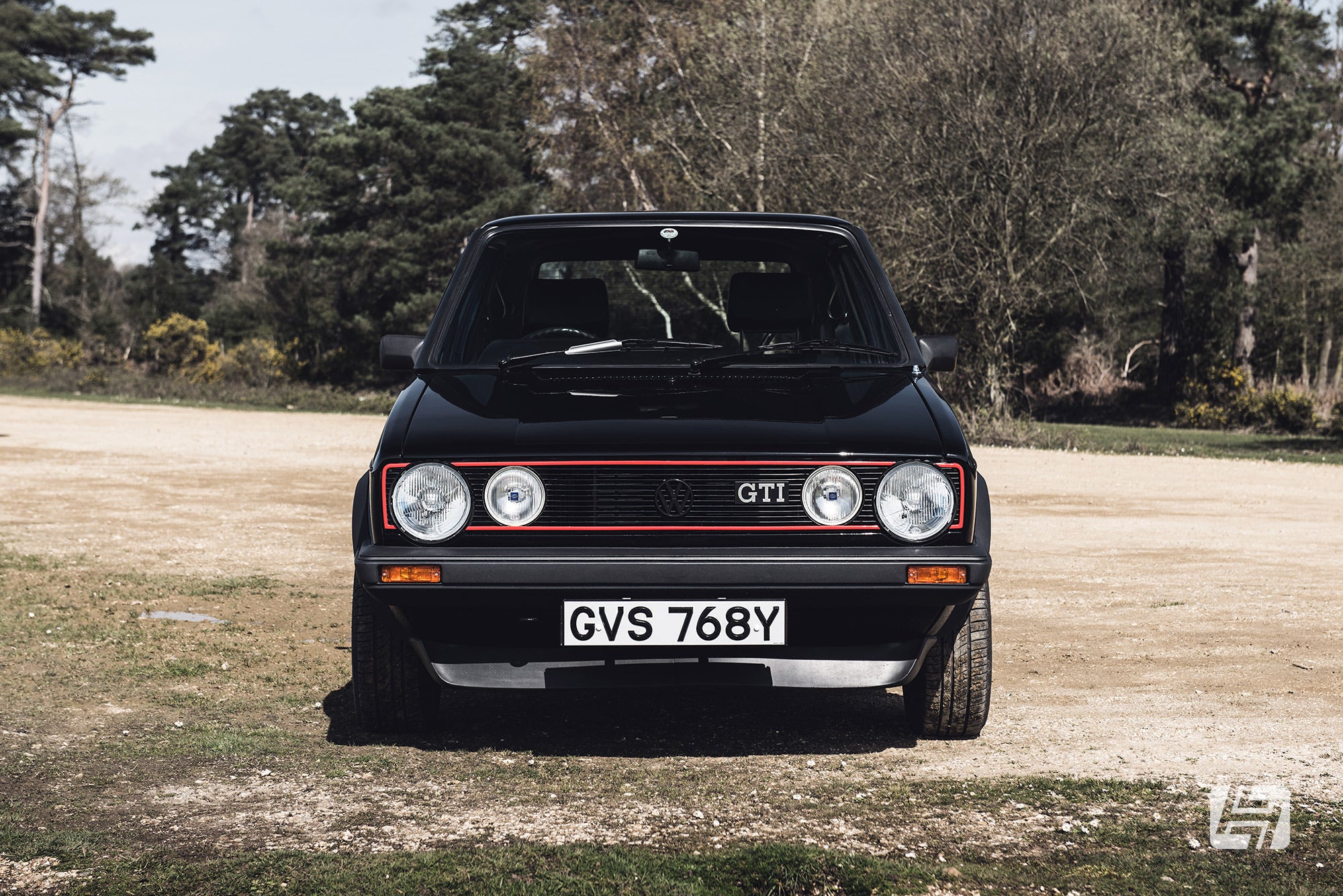 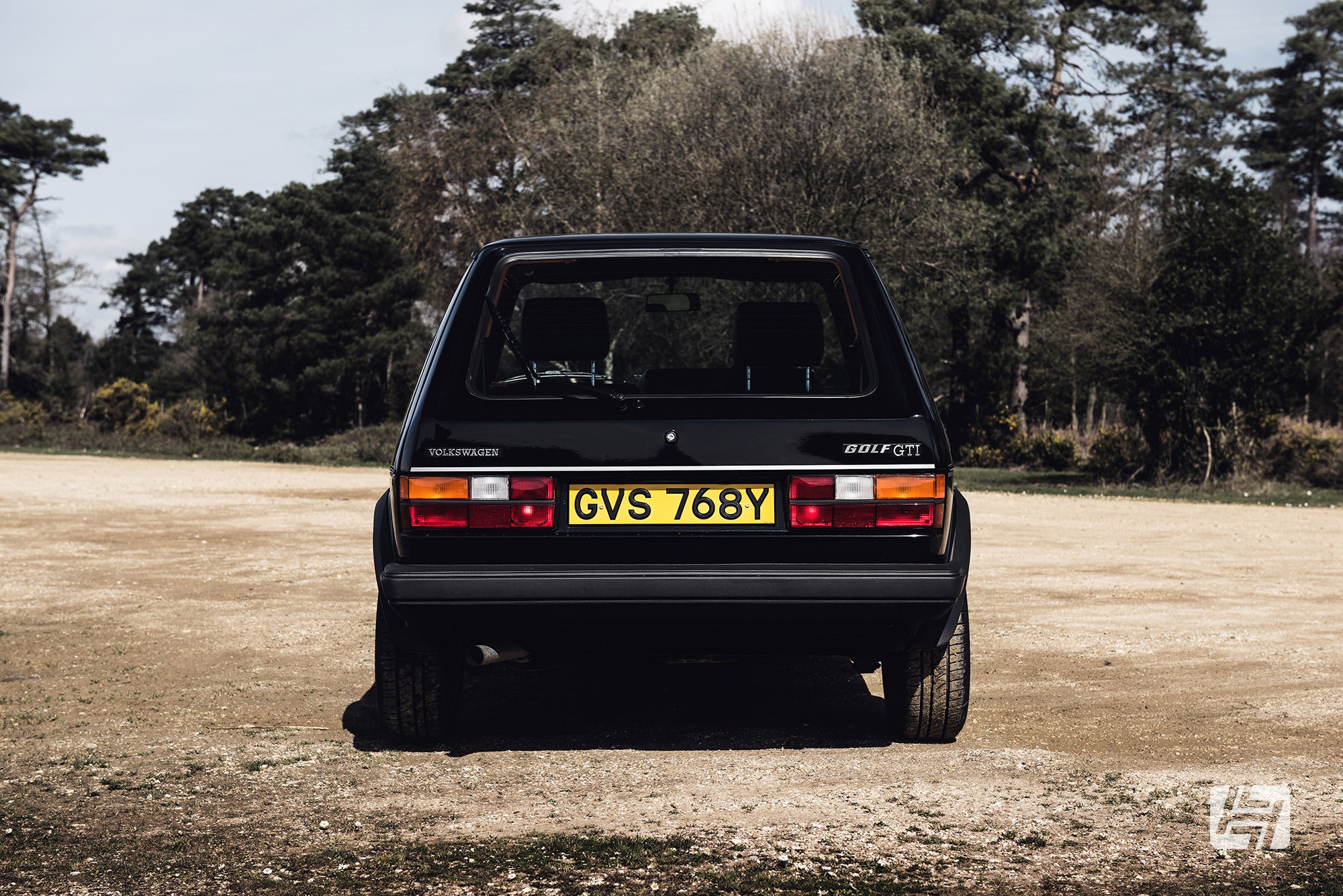 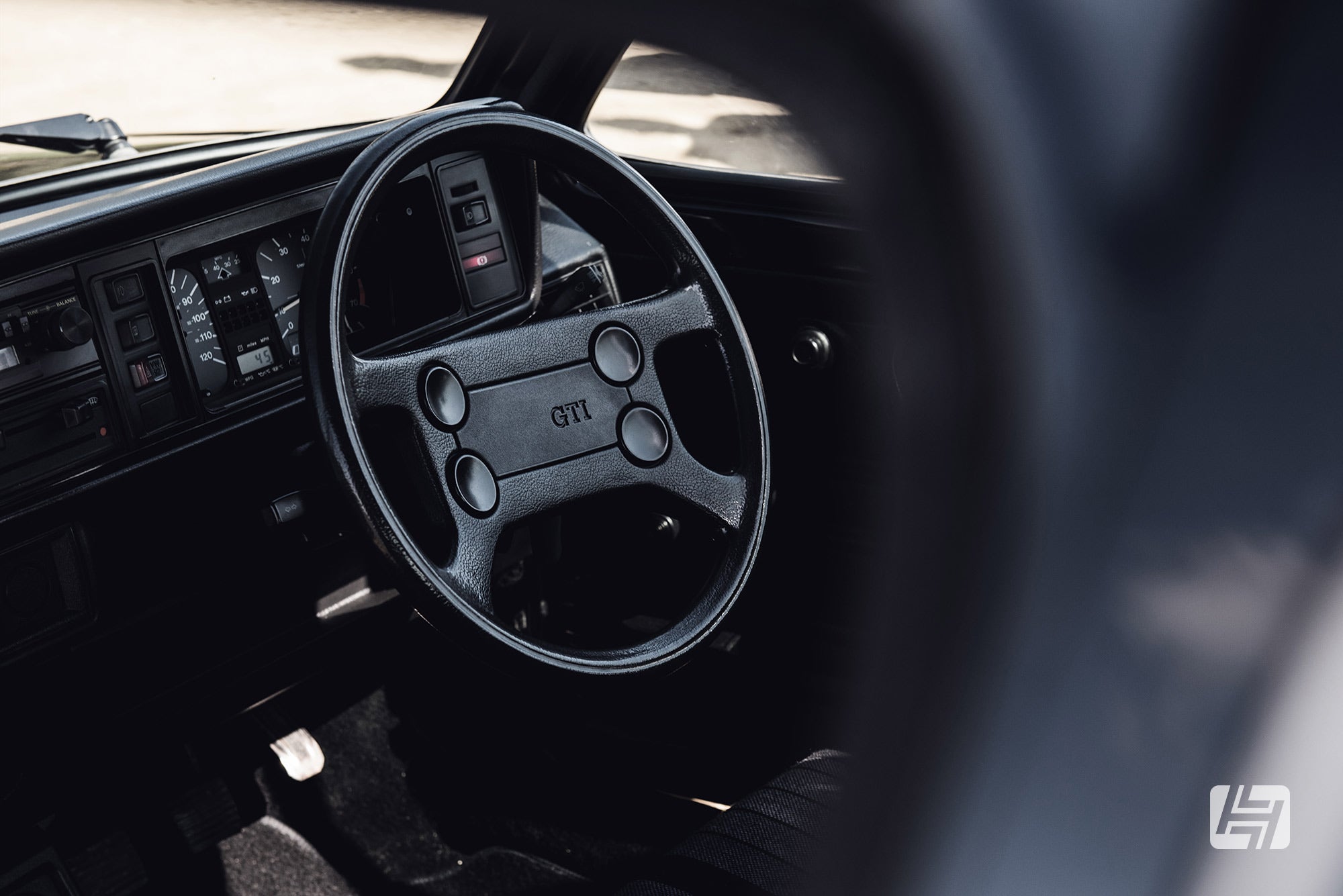 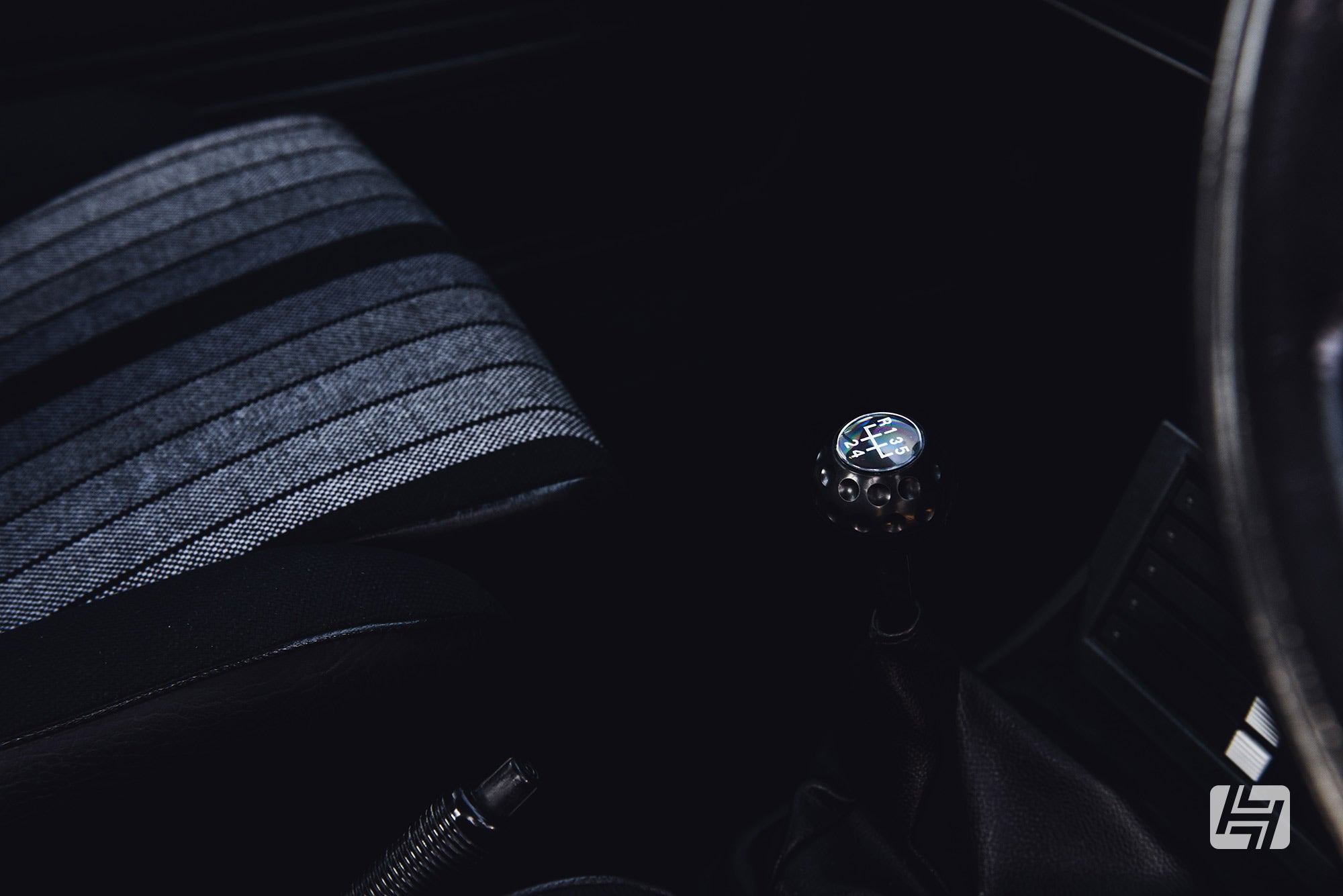 Mike said “It's been a pleasure dealing with Heritage Parts Centre, their knowledge and support helped turn this huge dream project of making an old car new again, into reality. As it's running like new once more, I use the car on a very regular basis and it creates so much interest from a diverse age group of 50+ through to school kids!” Whilst exchanging emails with Mike, he made mention of a friend of his who also owned a similarly stock first-generation Golf, but this time a GL model finished in Diamond Silver. If we were going to shoot his car, then maybe we could do them both at once? 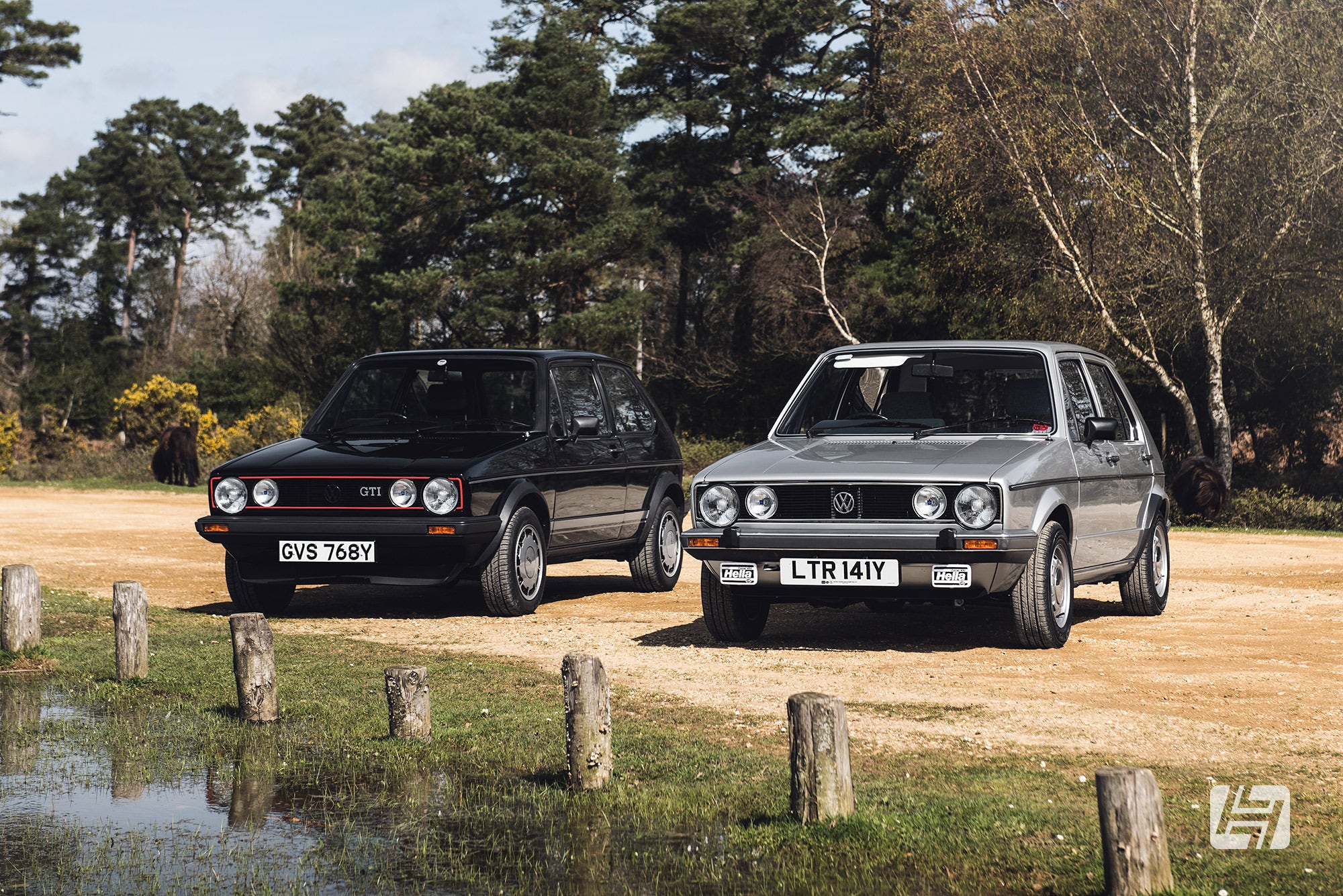 We got in touch with Malcolm, who sent us some details for ‘Gary the Golf’ and it ticked all the boxes for us. A full nut and bolt resto, almost all of it carried out by Malcolm himself. As an ex-Army (REME) helicopter engineer he bought it to keep his hands busy when he left the military after 25 years. He has since been employed as a Validation Systems Manager for 20 years in the supply of manufactured pharmaceutical equipment. 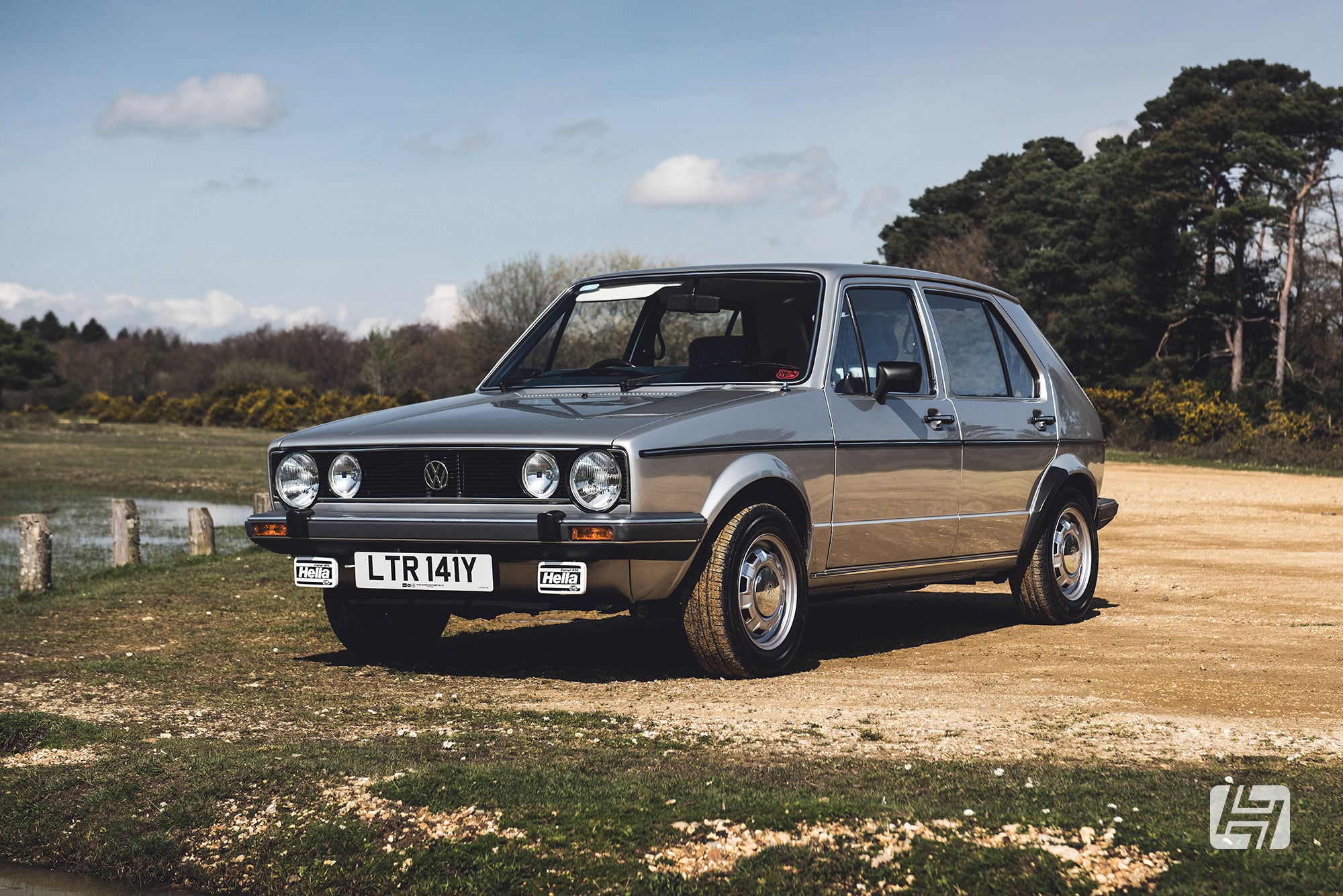 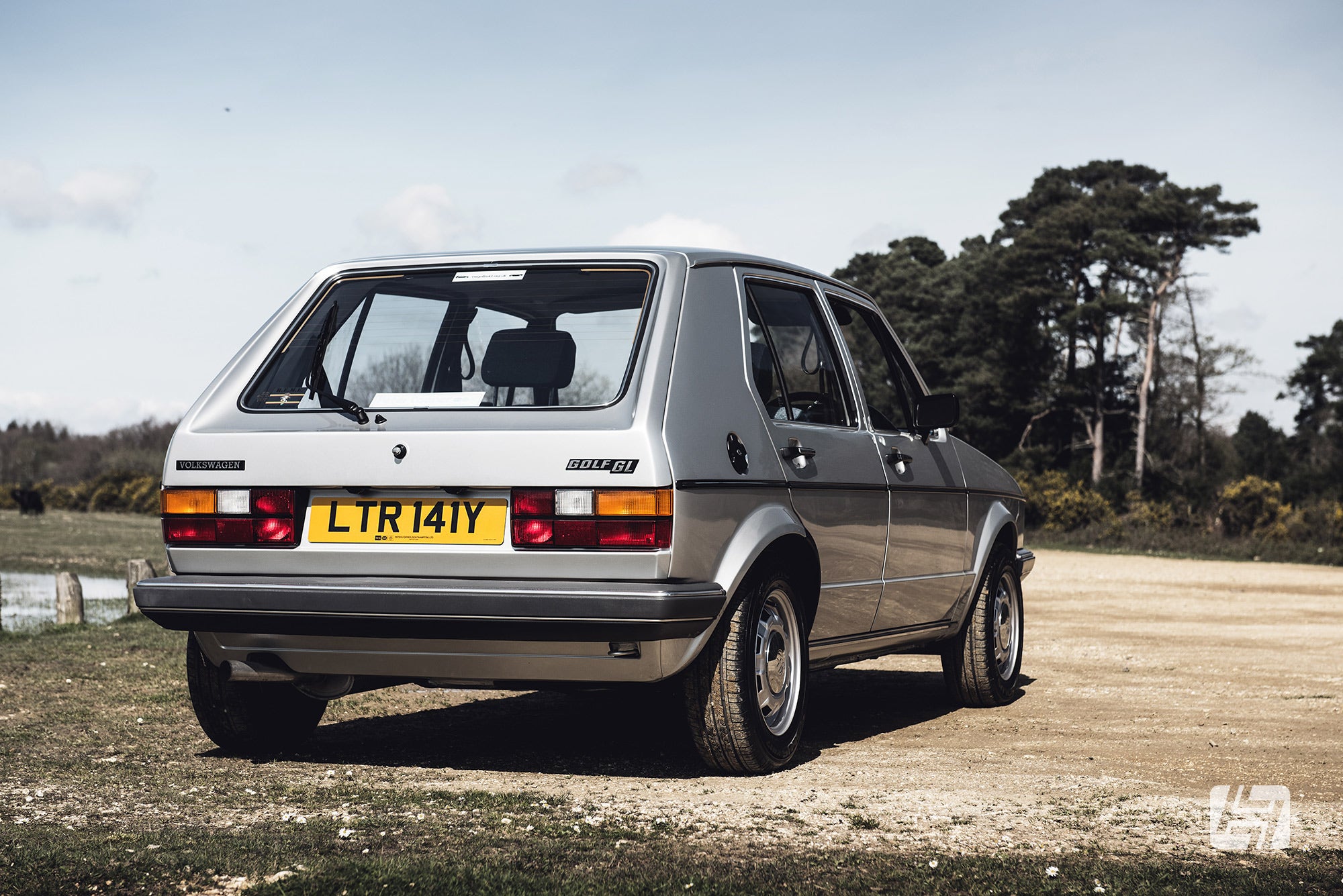 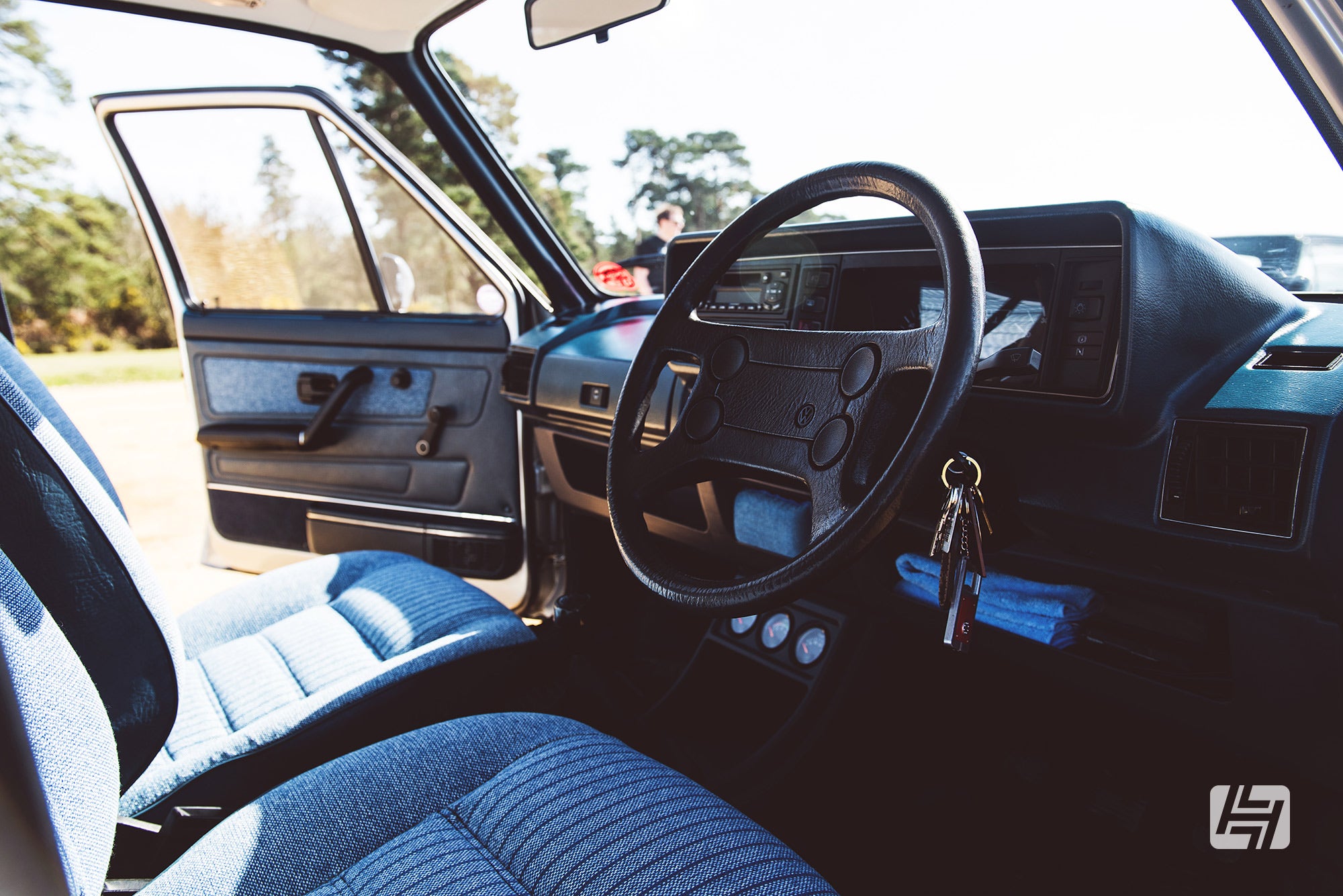 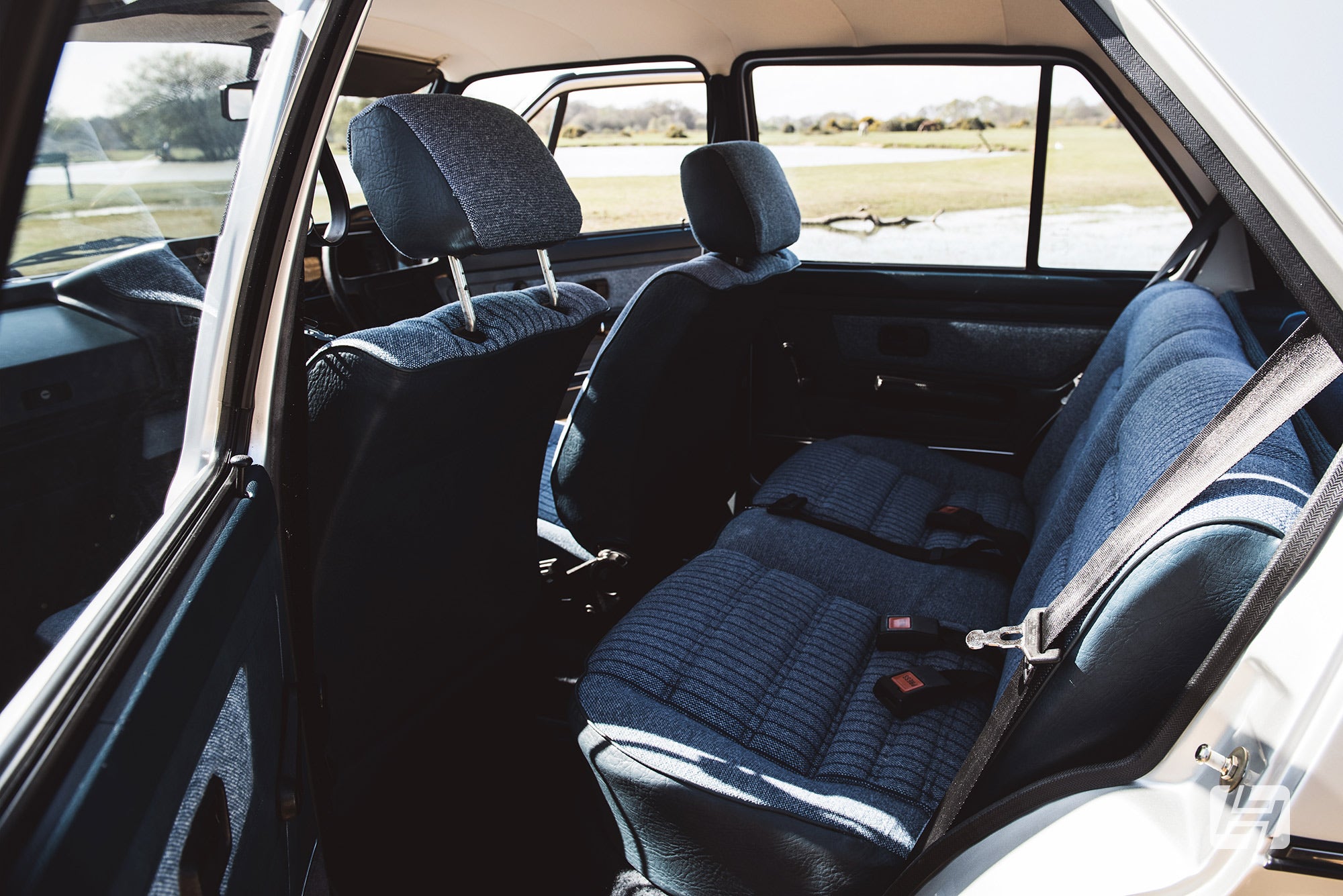 Malcolm is a keen VW enthusiast having bought his first Golf in 1978; a 1977 Golf Mk1 1.6 GLS. This was followed by a 1988 Mk2 Golf 1.8 (owned 17 years from new) and later two Golf Mk4s 2001 & 2004. He has owned his current 2011 Golf Match since new. He purchased Gary in 2006 with only 64K miles on the clock and restored it over some 8 years, to a condition reflecting the ownership of his first Mk1. Just like Mike’s car it was originally sold in 1983 and has been equally adorned with Mk1 Golf parts supplies from our warehouse; I'm sure you'll agree that the two together make for a visual treat. 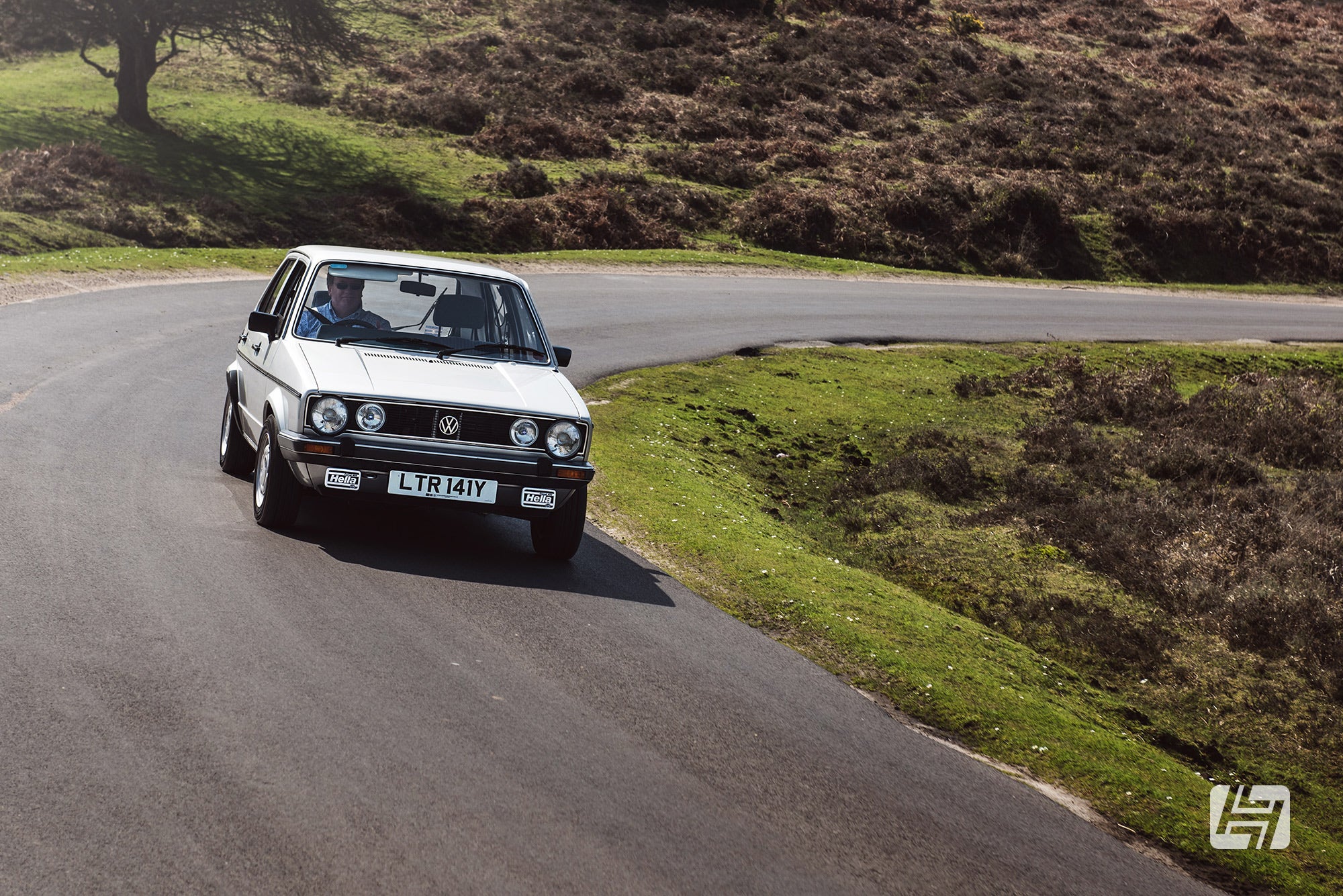 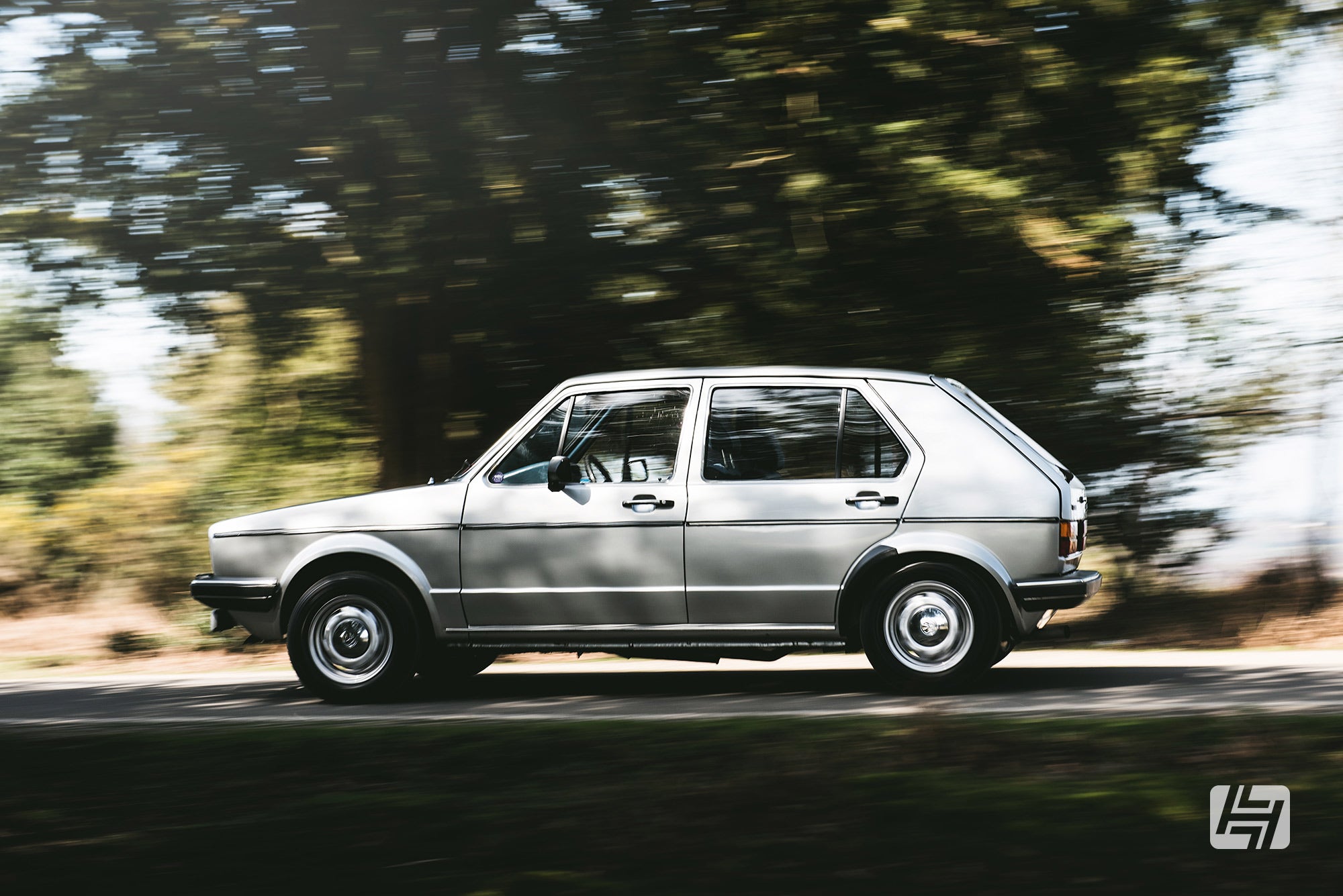 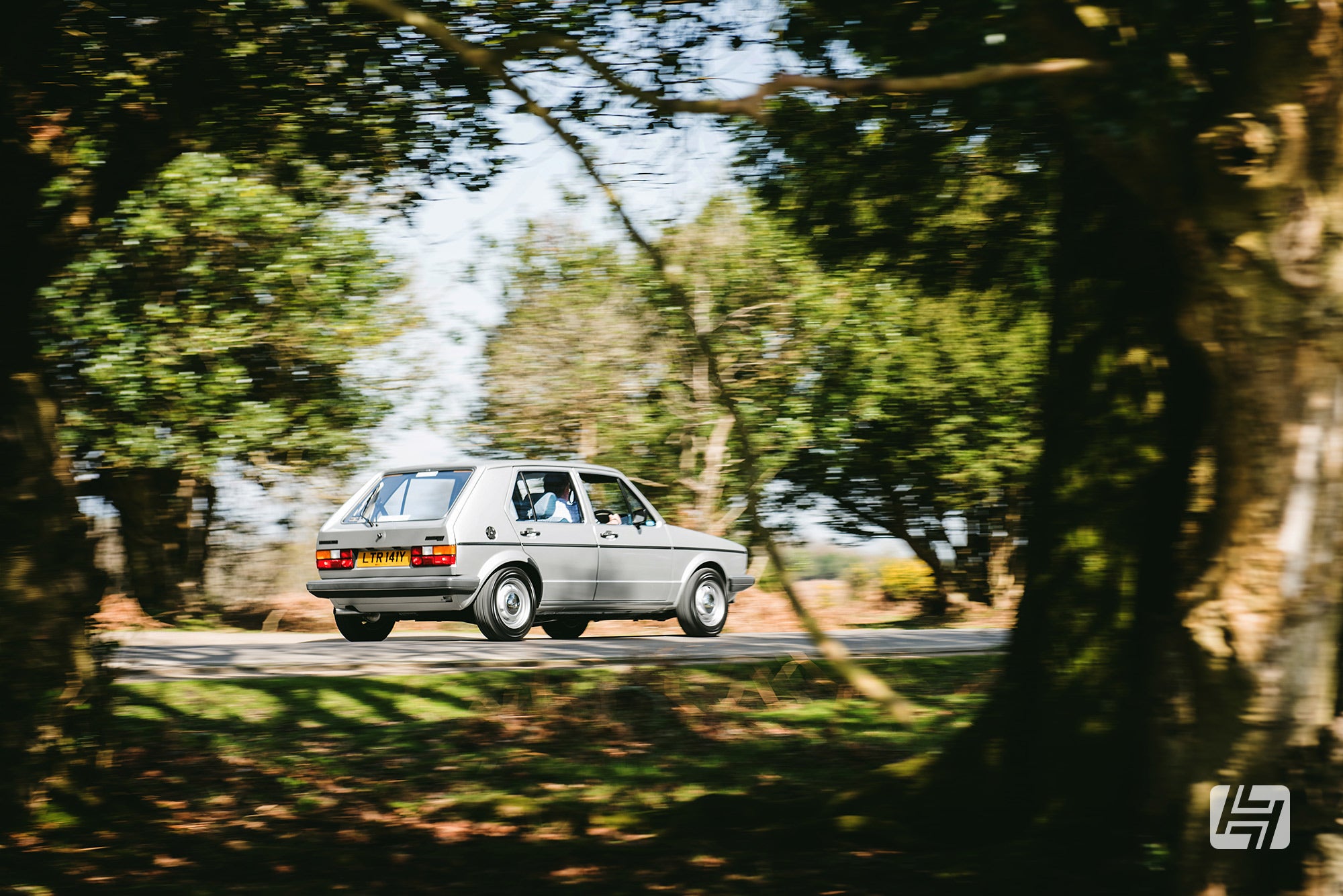 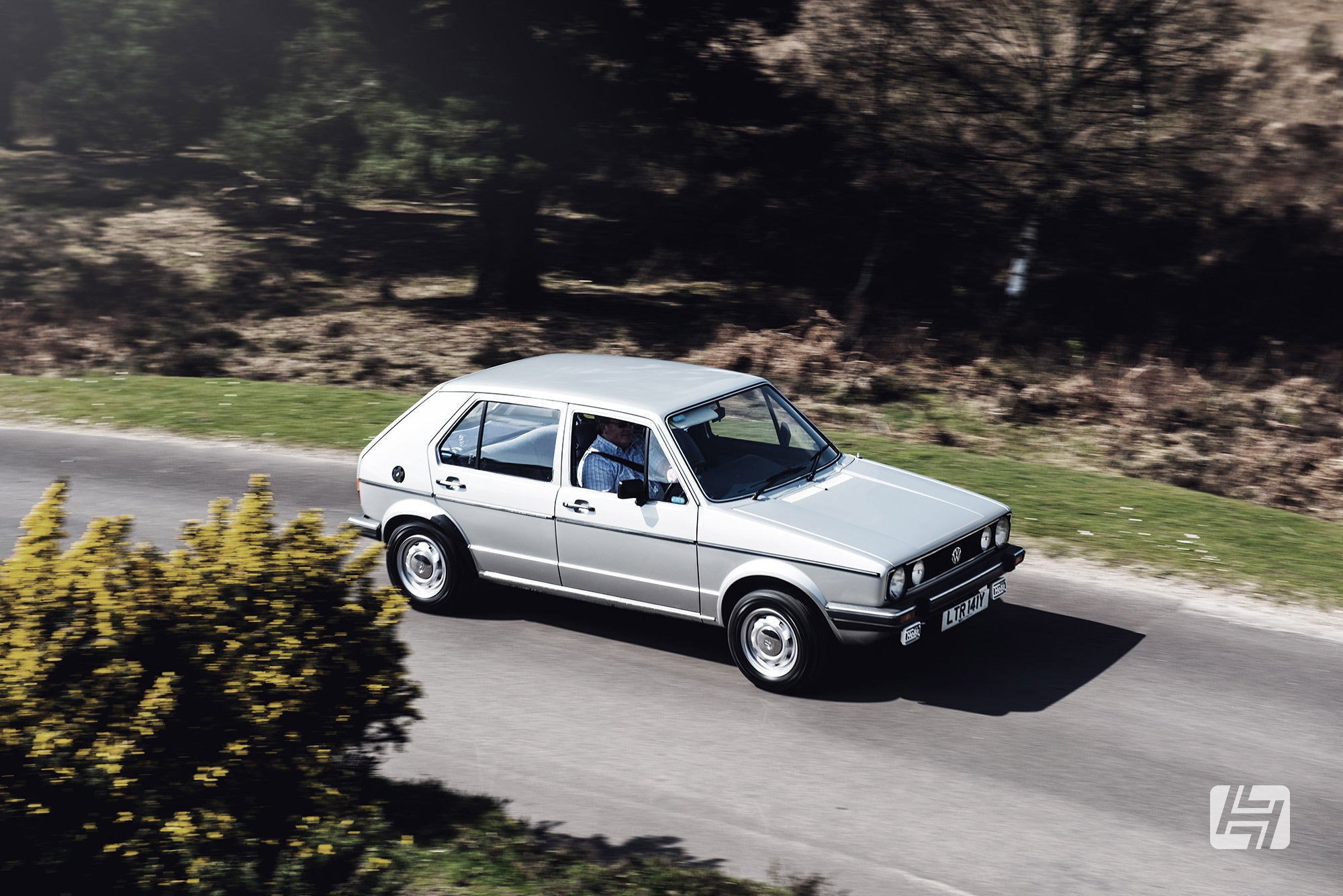 Having worked with Nick from NWVT before, we looked him up and booked him for this job. We felt his creativity and eye for detail would be ideal for this, plus, he only lives down the road from the owners. The New Forest was chosen as the location and thanks to Nick's local knowledge, the roads we picked offered the perfect variations in the scenery, giving him the best opportunity to work his magic. 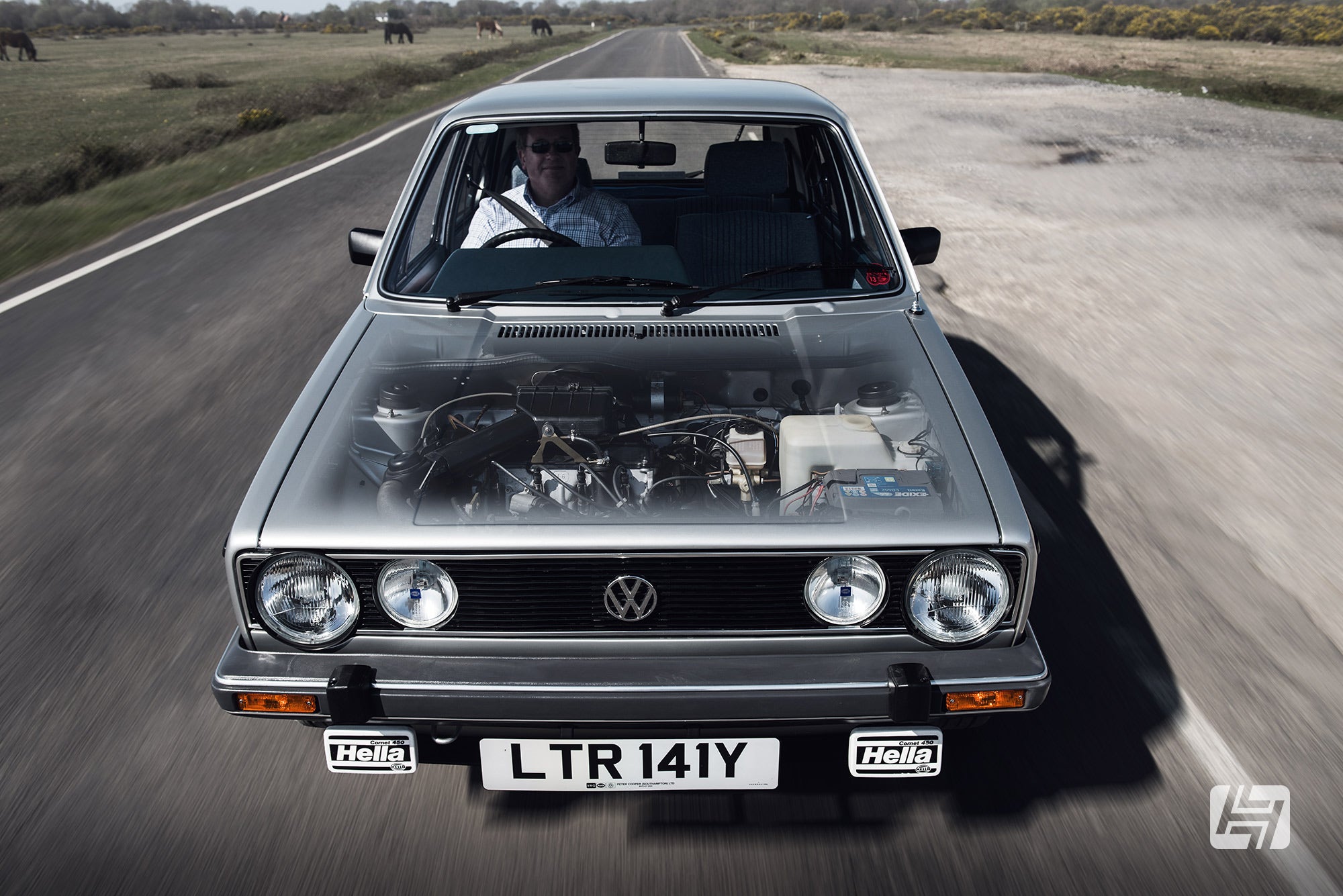 Considering they were both from ’83 we tried to capture some VW brochure-style images as if they have been used as publicity material back in the day. We could have gone to town on special effects and ageing them too but decided to keep them nice and bright in the end. As always, we love to hear from customers who have built projects using our parts, and if there’s a story to be told we would be keen to do some more features like this one. Interested? Comment below and we’ll get in touch! 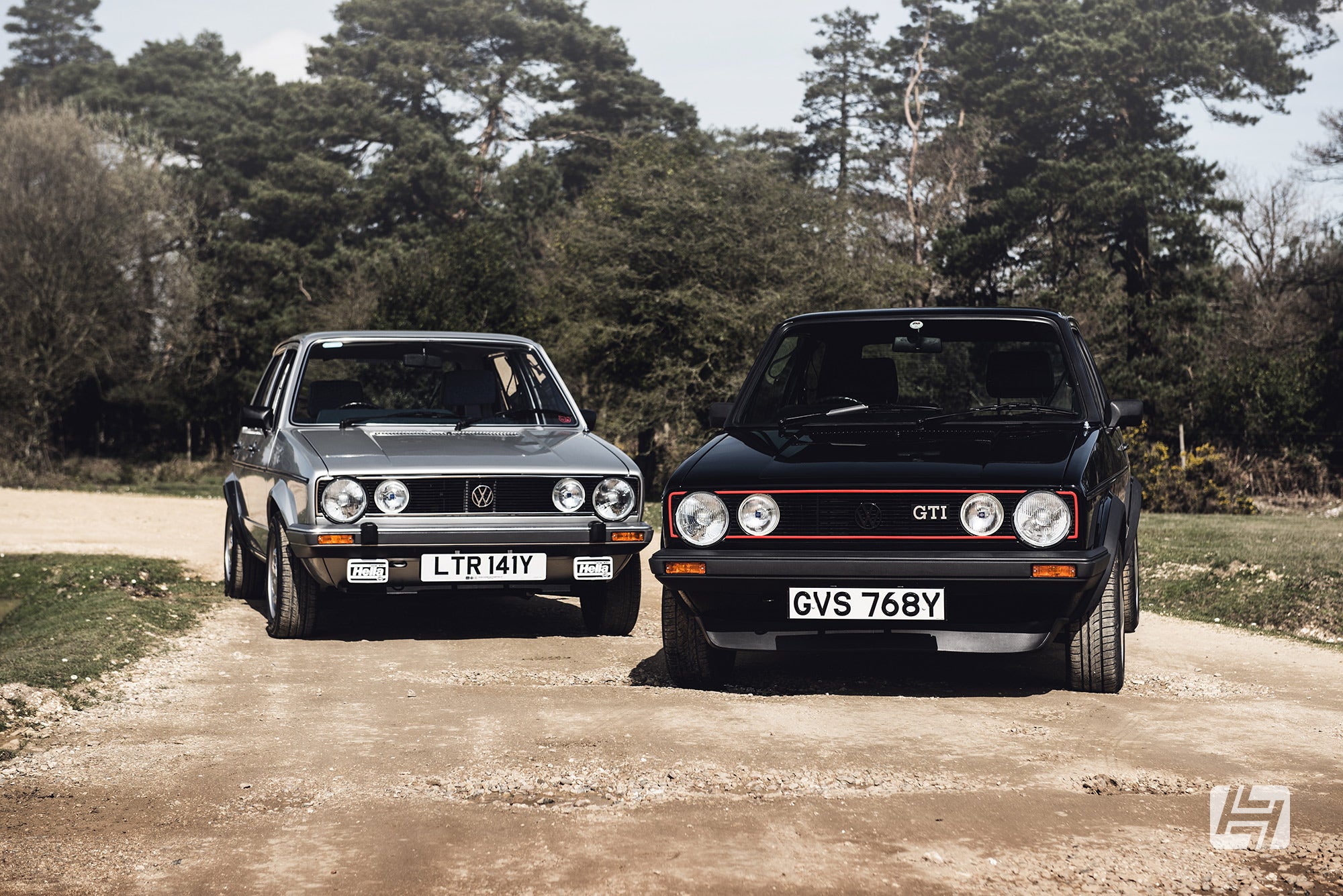 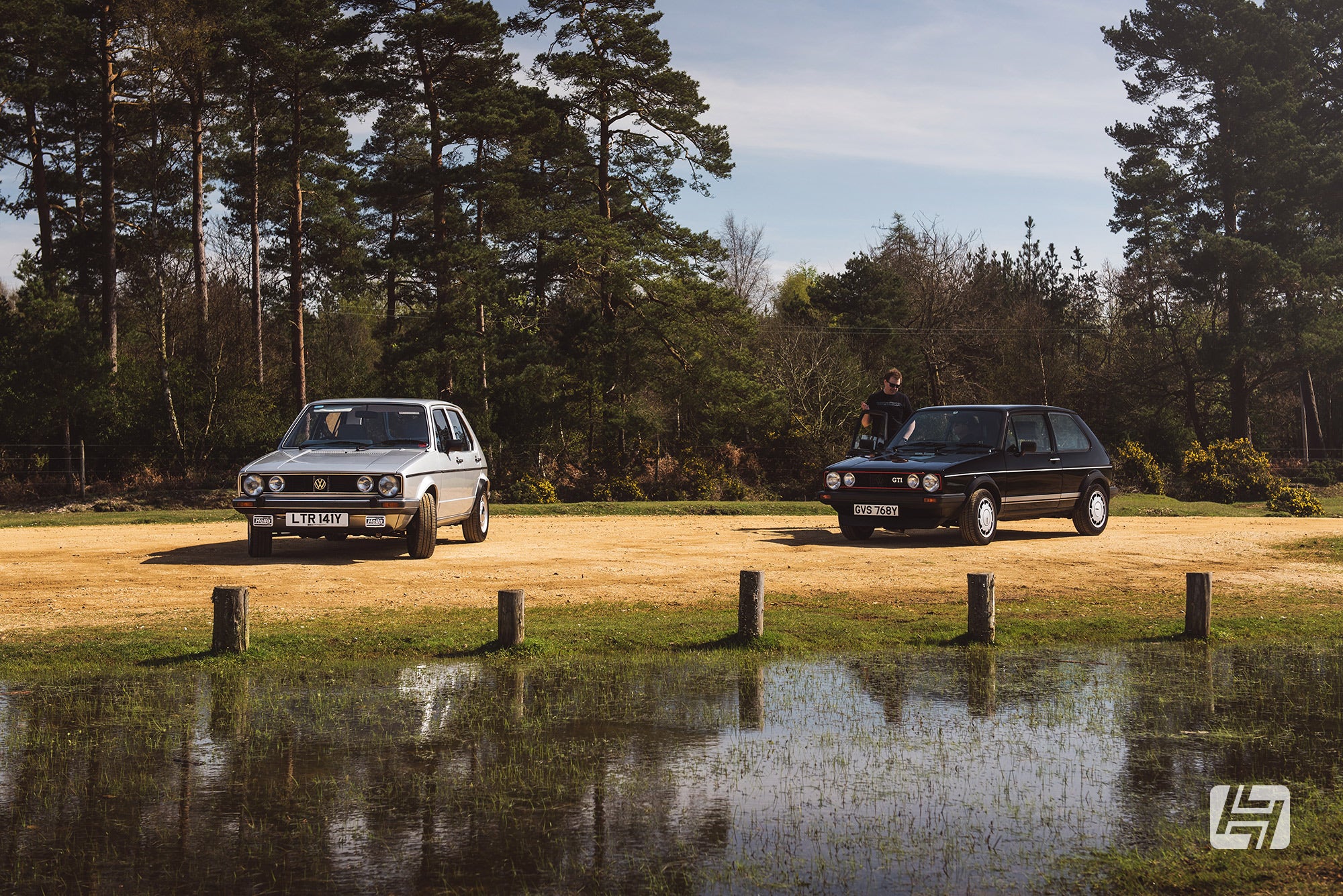 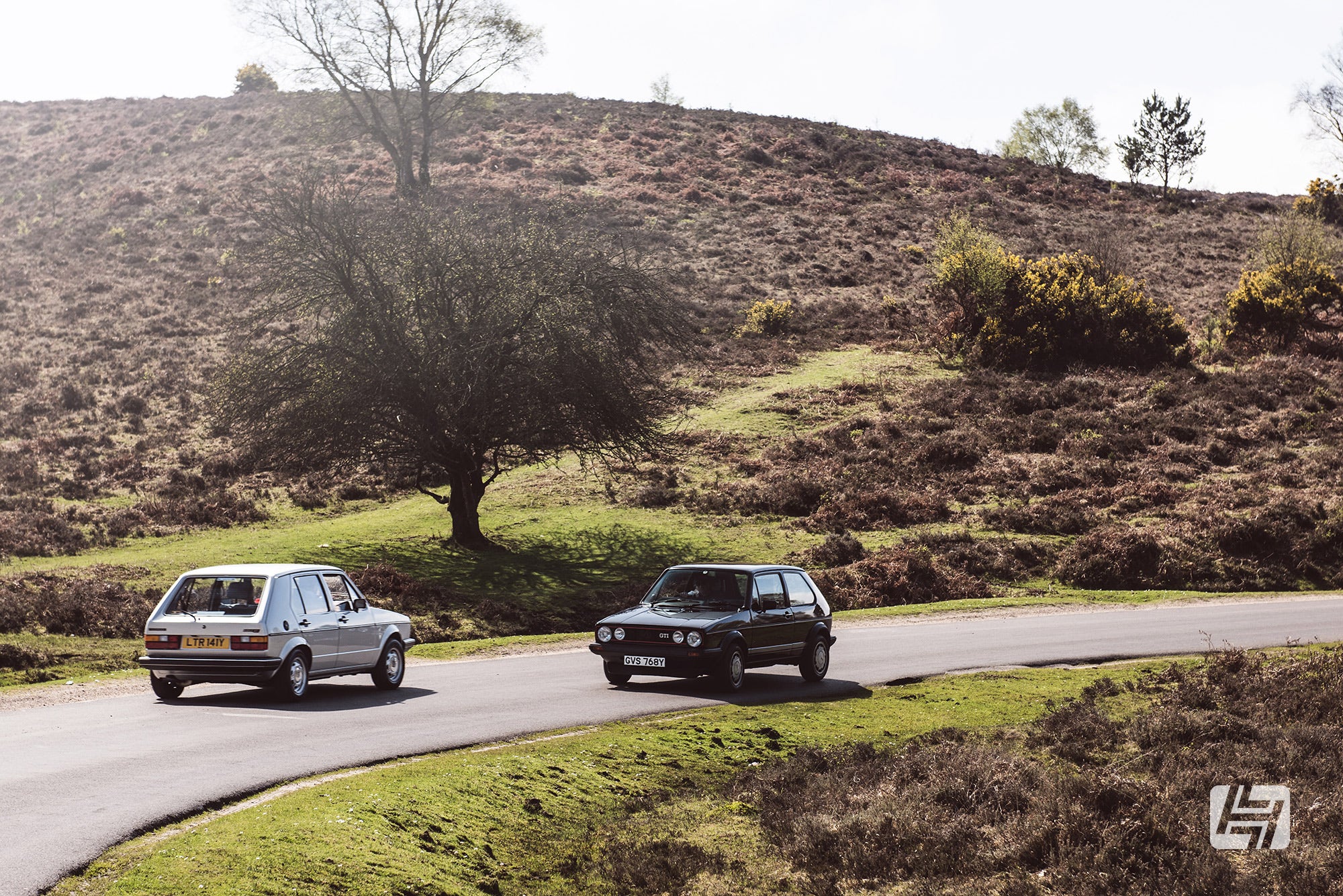 A big thanks to Mike, Malcolm, and Nick, and the New Forest ponies for keeping out the way!