How do performance camshafts work?

Unless you have already made the jump over to electric power, or your classic car or bus is powered by Mazda's infamous Wankel engine, you'll find a camshaft or two, perhaps even four, hidden inside your engine. Classic Volkswagen or modern Porsche; the principle behind camshaft operation remains the same and can even be used to release some extra horsepower too. Read on as we answer the question of how do performance camshafts work?

What is a camshaft?

A camshaft is a rotating length of metal with strategically positioned lobes that operate another mechanical object each time they touch. In the case of an engine, the other object is typically a tappet and valve, or pushrod and rocker shaft. The camshaft is used to control the opening and closing of the inlet and exhaust valves in the cylinder head, allowing fuel and air mixture into the combustion chamber and spitting the burnt exhaust gasses out ready for the next cycle. 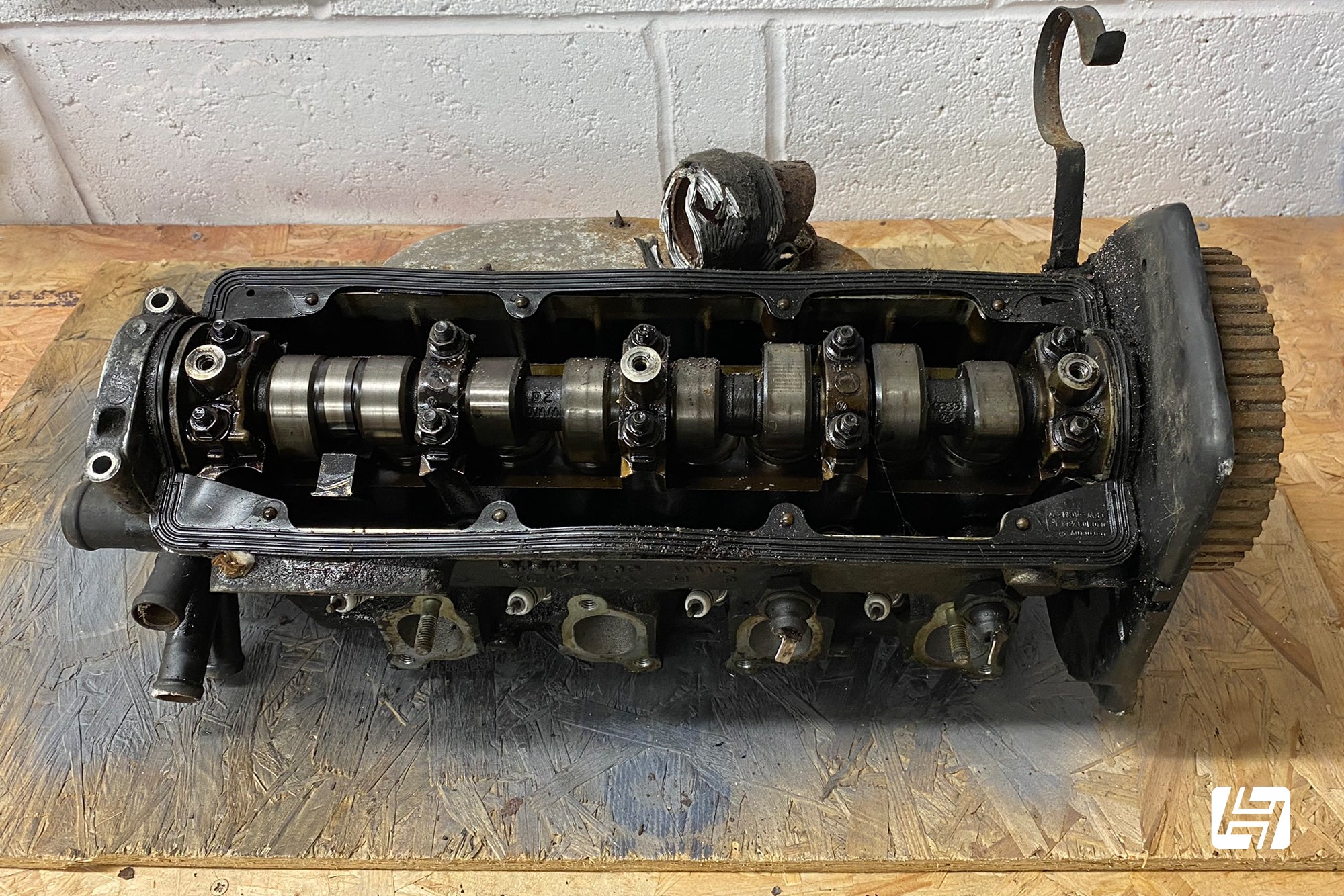 What do camshaft lift and duration mean?

Camshaft lift is controlled by the height of the camshaft lobe - the raised oval part that sits proud from the general diameter of the camshaft base circle. The taller this cam lobe is, the further the valves will open. Camshaft duration refers to how long the camshaft lobe is in operation with the valve partially or fully open. This duration is measured in degrees, but critically degrees of crankshaft rotation, rather than that of the camshaft. As a rule of thumb, the larger the duration number, the higher up the rev range the power band will be. Both of these profile variables will affect the efficiency and performance of the Four-Stroke Cycle if adjustments are made away from standard specification. 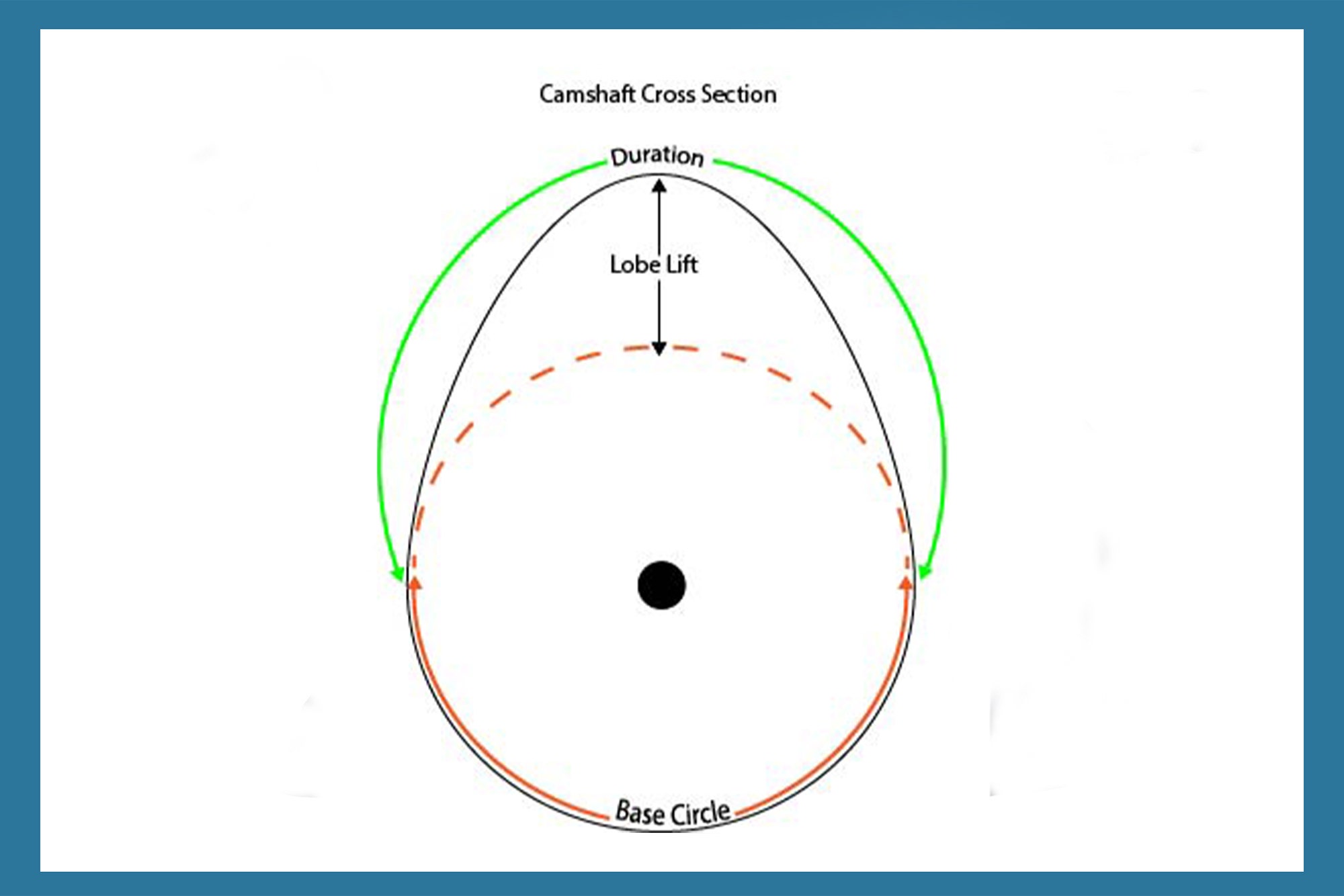 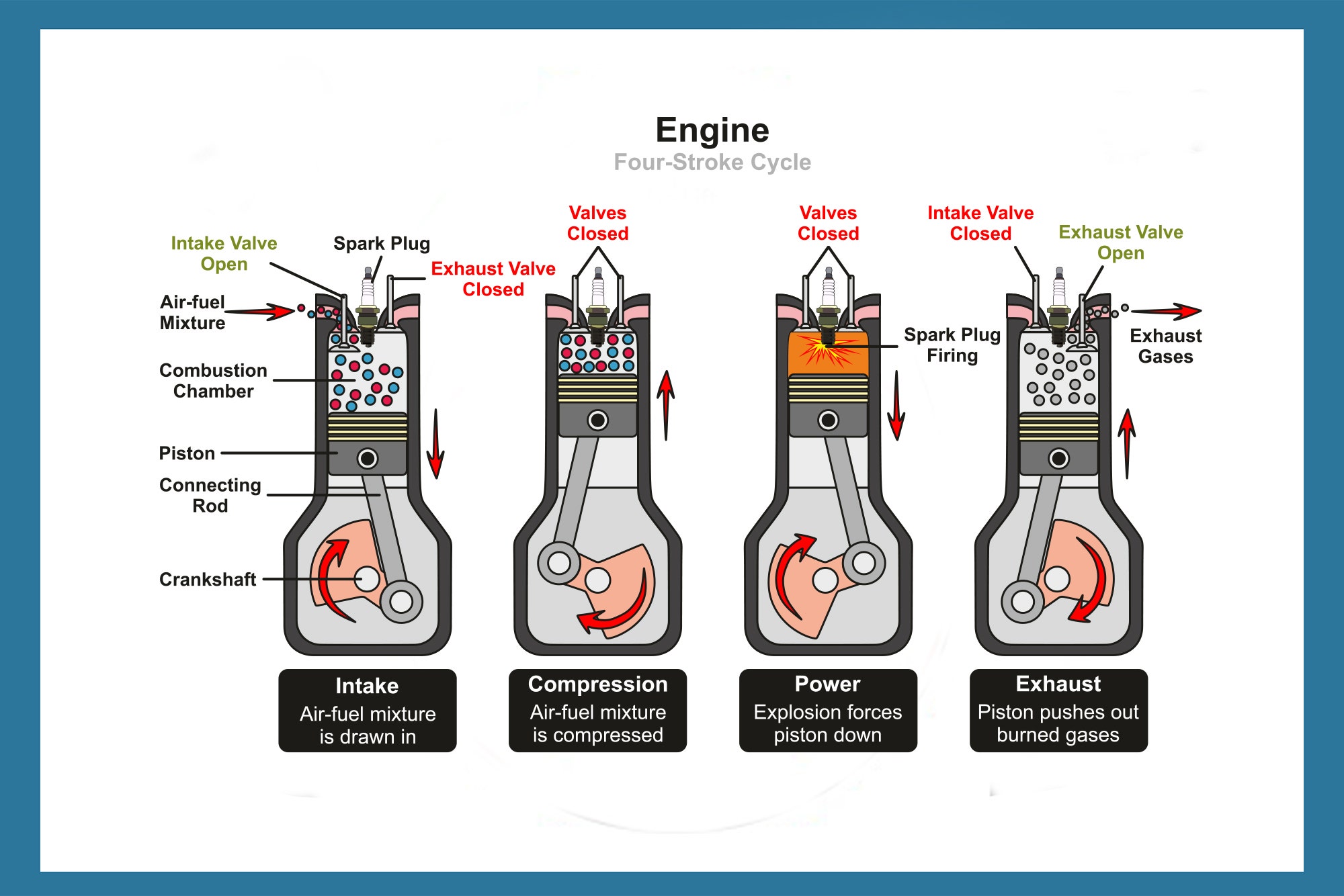 How many camshafts does my engine have?

Most older engines including the aircooled flat 4 and early watercooled examples have a single camshaft. The majority of air-cooled 911s have 2, as does the Golf GTI 16v and the VR6. A special few were blessed with four camshafts including the 356 quad cam and V8 powered Porsche 928. A flat 4 engine, including the Wasserboxer and the Porsche 356/912 has a single centrally mounted camshaft in the crankcase. As this rotates it operates horizontally mounted pushrods to control the rocker shafts in the cylinder heads, which then open and close the valves. Porsche chose to move away from this antiquated and rather clunky set up in the back of the 901/911 model on the grounds of questionable pushrod reliability at high RPM and limits on peak engine power. Instead, the 911 engines make use of 2 camshafts, one in each cylinder head which directly moves a rocker shaft and in turn opens the valves. 8 valve watercooled VW engines and in-line Porsche engines have a single camshaft mounted at the top of the engine, just below the rocker cover. In comparison to a flat 4 engine, which requires the case to be split, changing a camshaft on an inline engine is a doddle! In 1986 Volkswagen launched their GTI 16v engine, which had a double overhead camshaft (DOHC) design allocating one camshaft to inlet valves and another to exhaust. A year later Porsche launched the 944 S, equally equipped with 16 valves albeit on a larger 4 cylinder block. The benefit of DOHC is a better airflow through the heads, leading to a more efficient operation and producing an increase in top-end power over a SOHC engine. With more camshafts comes more complication, as both the camshafts must remain in sync with each other, but also with the crankshaft too. 16v engines will also be more costly to service when it comes to replacing valve stem seals and cam followers as there are more of them! 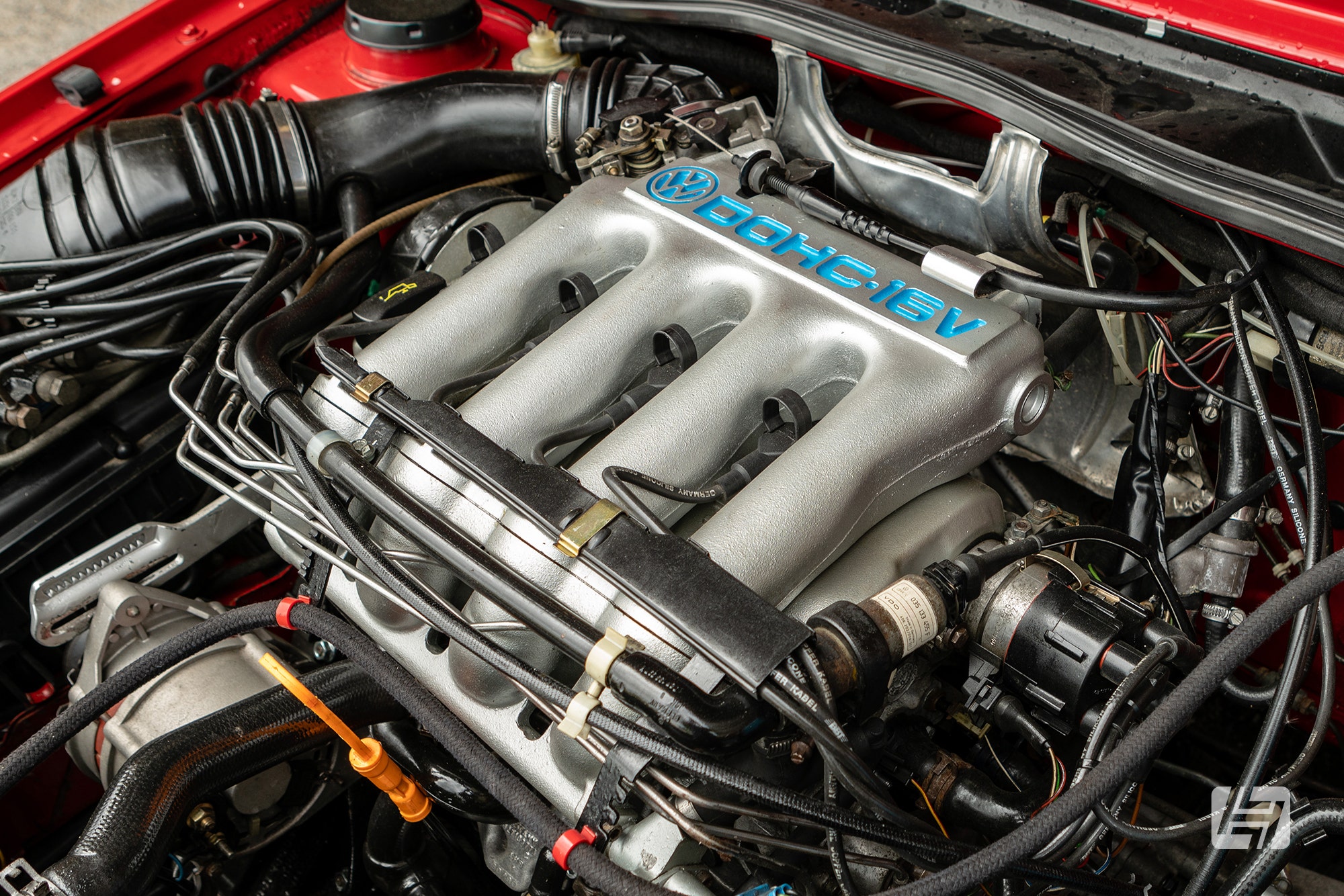 Why fit a performance camshaft?

In the same way that you might install an equal length exhaust manifold, an induction kit air filter, or an ECU chip to your engine, the role of a performance camshaft is to do the same thing as the original just better. By better, I mean more efficiently, closer to operational tolerance, and with power delivery rather than fuel economy as its principle purpose. Depending on your engine configuration, you may find you can bolt in a performance camshaft in a few hours. However, with a Volkswagen flat 4 engine, it will require a complete strip down, reserving its place in the power puzzle for only the most committed DIY mechanic. 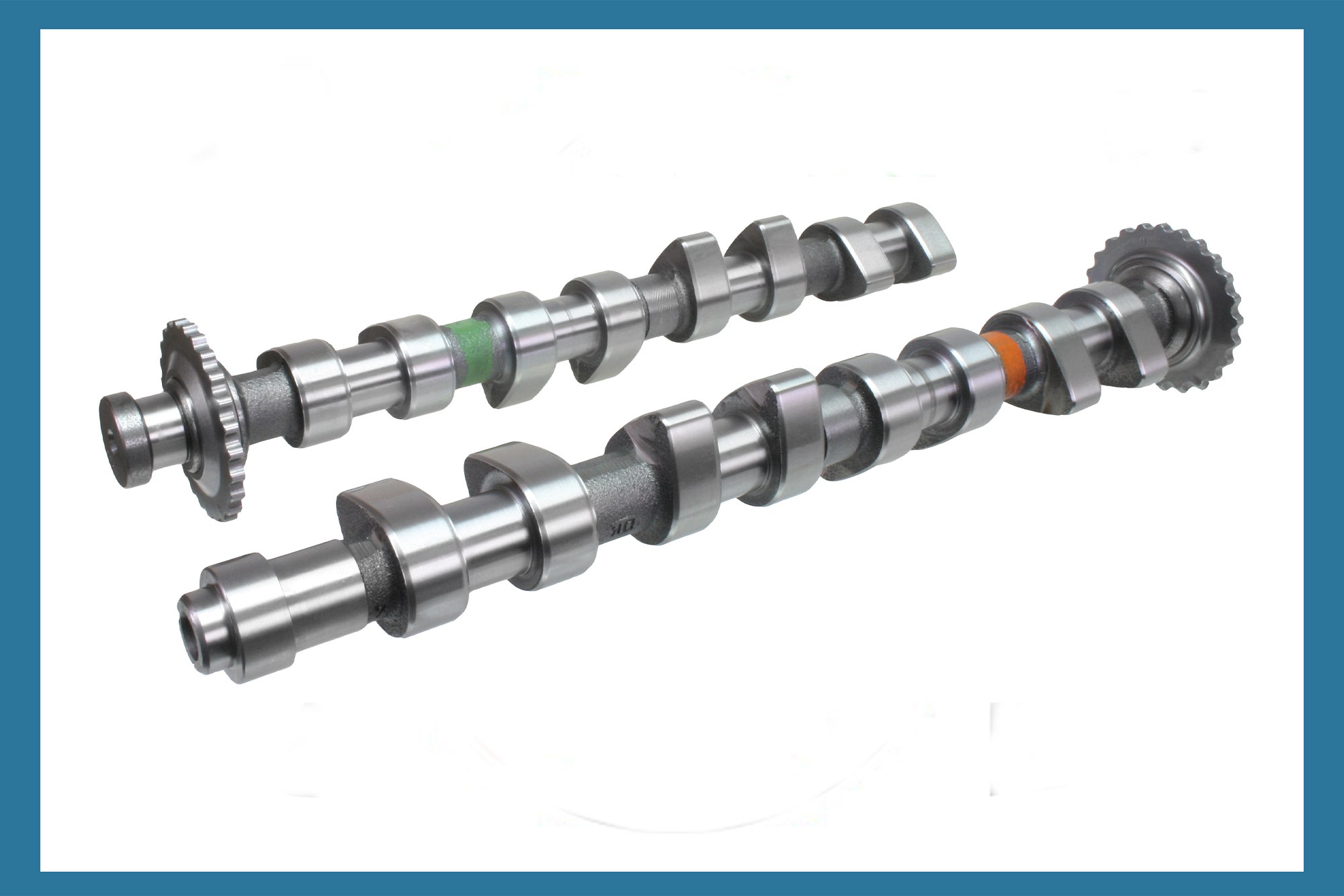 How do performance camshafts work?

As we discussed earlier both lobe and lift can be adjusted to fine-tune valve opening. If the inlet valve is open longer or slightly further, then more mixture can get into the combustion chamber. However, if the car is at idle or low RPM the compression won't happen effectively until the valve is properly shut. There is also the opportunity for the cam profile to be different on either side of the camshaft 'nose' which is the uppermost point. This allows for engine builders to open a valve slowly but close it fast, or vice versa. The other thing that can be done is to adjust the overlap between the inlet and exhaust valves. Even with a standard camshaft both inlet and exhaust will be open at the same time, in some parts. But this can be increased to maximise the 'scavaging effect' and produce more top-end power. However, doing this will be at the detriment of a smooth idle and is something that should be considered carefully for anything other than a race car. 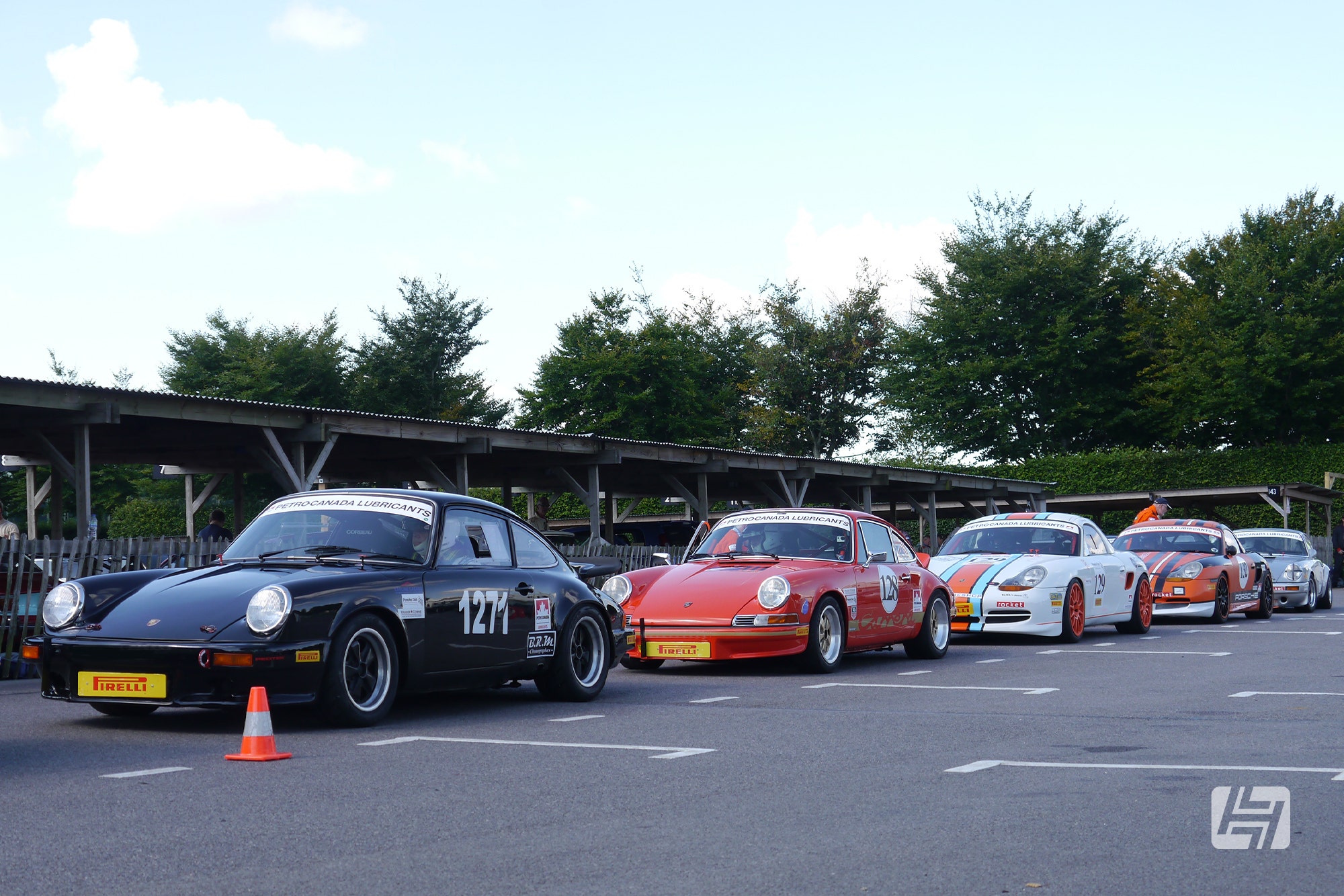 What else should be fitted with a performance camshaft?

Performance camshafts are quite often sold as a kit, or the tuning company that produces them will offer a number of recommended extras to fit at the same time. These include upgraded camshaft pulleys, heavy-duty valve springs, and cam followers. It is advisable for the longevity of the new camshaft, and ultimately its performance to change these parts at the same time. The camshaft pulley is attached to the end of the camshaft and is driven by either a timing chain or a cam belt from the crankshaft. Adjustable camshaft pulleys, often called vernier pulleys, are also available which allow incremental timing adjustments to be made with all components in situ. Stiffer valve springs will control the opening and closing of the valves better at higher RPM. They will eliminate valve bounce, which is where the valve pops back open because of the inertia generated from closing too quickly. Depending on how far you are taking your performance tuning, it would make sense to couple a new camshaft with a ported and polished cylinder head and to fit larger valves too. 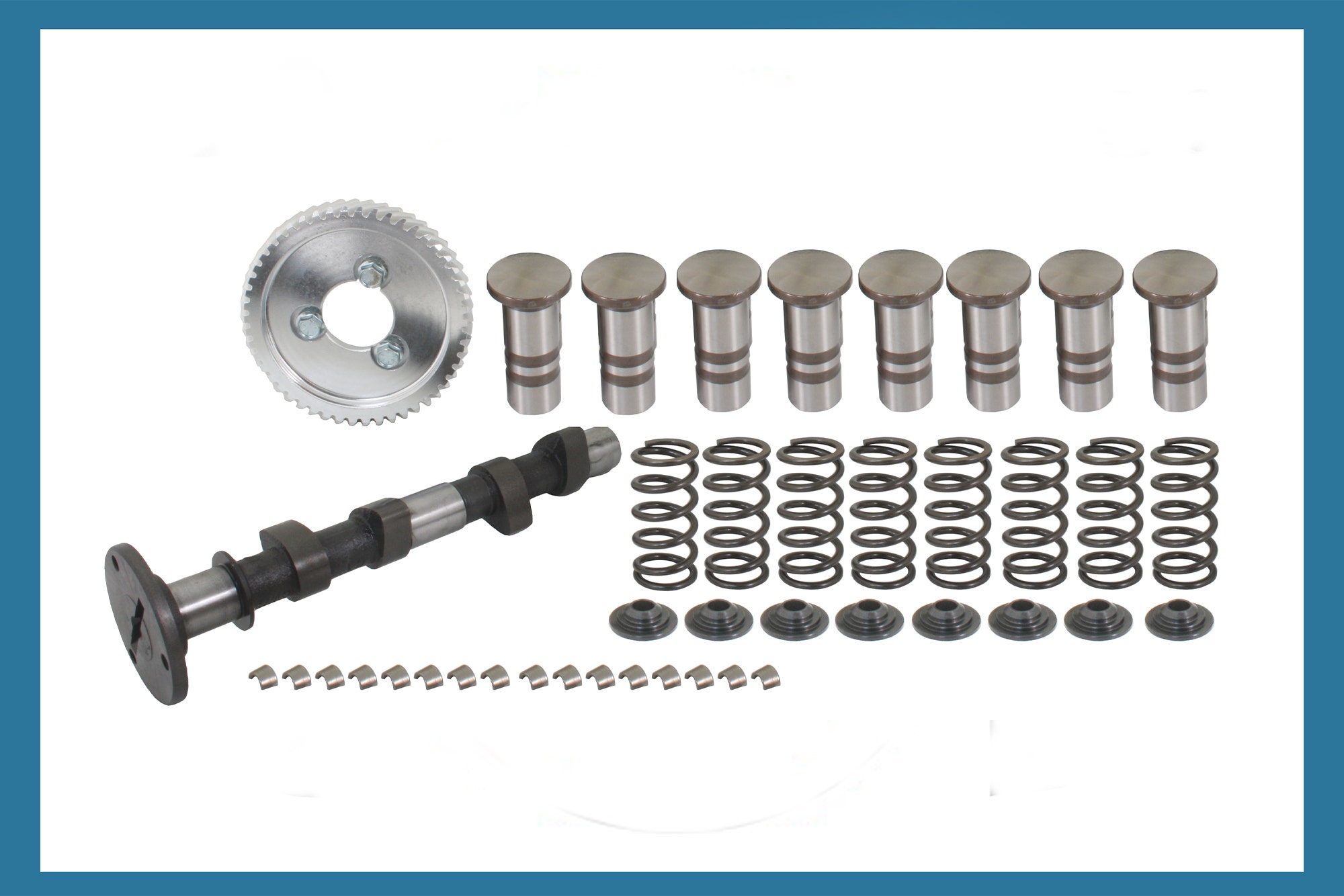 Hopefully, this guide has helped explain the role of the performance camshaft when building a classic VW or Porsche engine. Should you have any further questions please post them in the comments and we'll do our best to get them answered for you.